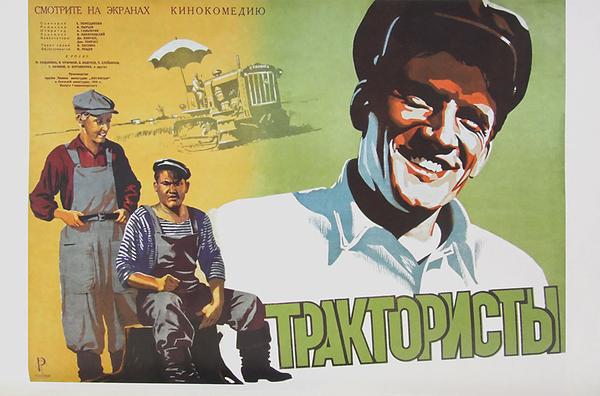 From Mosfilm:
A musical comedy.
The mid 30s. Klim Yarko, a demobilized tank driver from the Far East returns to the Ukraine collective farm where Maryana Bazhan, his long-standing love, lives. But Maryana is a famous tractor-driver of the vicinity and her admirers are legion. In attempt to get rid of them she invents a story of her love to Nazar, a butch and bummer. Klim, a simple soul, finds himself in a complicated situation but finally due to his sincerity and industry he wins sympathies of the whole farm and the famous Maryana’s love.

From Secret History of Russian Cinema (PDF):
Three friends return home after the war in the Far East and try to reorganise their life during peace time. Klim Jarko, the main character, decides to go to a kolkhoz where the famous tractor driver Marjana Bažan is working. Presenting himself as a mechanic, he is made foreman of a group of youngsters who are working in the field in competition with the beautiful Marjana. The two groups compete to see who will have the best results. Klim and Marjana fall in love. Their feelings are mixed with their love for the homeland as a new war is looming on the horizon. The parallel between tanks and tractors is underlined by the song that warns “from others’ land we want nothing, but ours we will not give up!”. 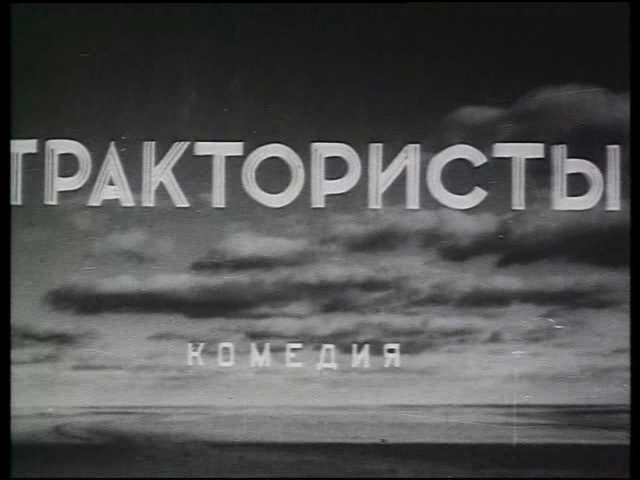 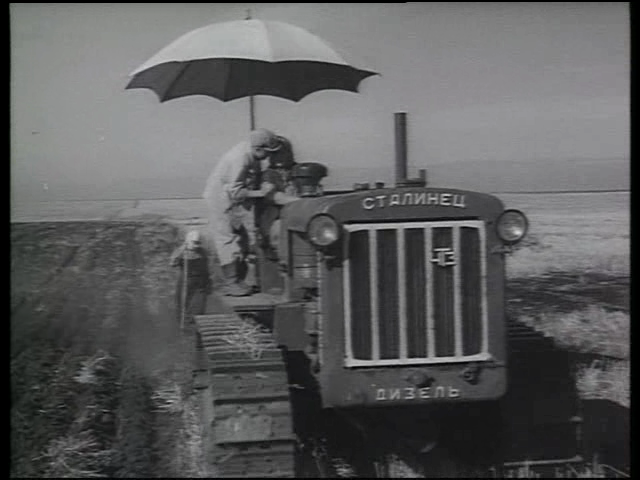 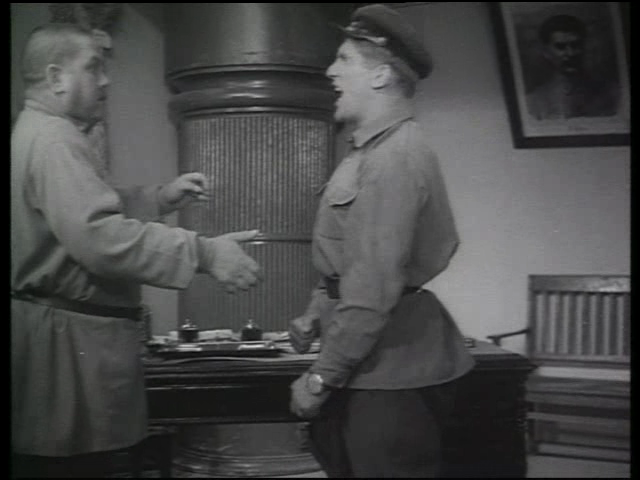 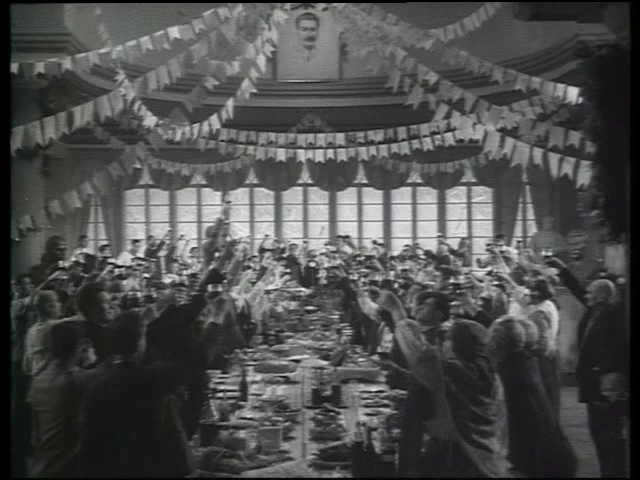