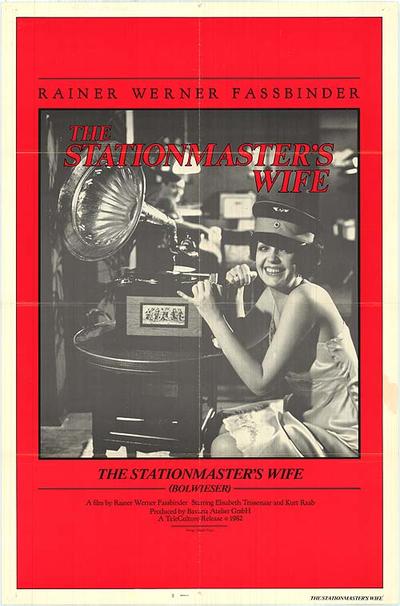 The Stationmaster’s Wife’s first image sets up the template for Rainer Werner Fassbinder’s magnificently excruciating study of romantic degradation-frozen in embrace over the opening credits, newlyweds Xaver (Kurt Raab) and Hanni Bolwieser (Elisabeth Trissenaar) kiss and grope ardently, until she abruptly pushes him away (“We don’t want a baby for the moment, all right?”). Watched from outside the bedroom window, the couple is framed in pitiless flat space, Fassbinder’s camera movements terse and entrapping, distilling the director’s maxim of love as “the best, most insidious, most effective instrument of social repression.” The love is Xaver’s, the titular stationmaster and arguably the greatest of Raab’s stump-like petit bourgeois jobs for the director; infatuated with his new wife, he’s unable (or, given Fassbinder’s preference for characters implicit in their own misery, unwilling) to believe the sensation-hungry Hanni is enjoying affairs with various men in their provincial burg in late-1920s Bavaria. Actually, “enjoying” is a misleading word: Hanni’s promiscuity, rather than liberating her, plunges depths of self-loathing, as when, fresh from some afternoon delight with handsome butcher Merkl (Bernhard Helfrich), she gazes at her new Garbo locks in the mirror and spits at her reflection. Venomous gossip promptly spreads throughout the town, derisive cackling ringing in Xaver’s ears as he leaves the pub and marches home to confront his wife, only to be inevitably shouted back into hen-pecked submission.

The pattern’s repetition evokes a ritualized circle of mutual torment, which, set to the filmmaker’s heightened choreography, can be compared to a delirious waltz. Fassbinder nudges the point at an early costume party, as Xaver watches Hanni twirl with Merkl and is told by a guest “it’s a shame you don’t dance,” although the sequence’s most important detail lies in the same man’s eye-patch costume, further sign of the husband’s obscured vision. “Blind in both eyes” is the blunt verdict of a cleaning lady (played, naturally, by Fassbinder’s mother) for the man who refuses to believe his wife is fucking other men, yet the remark could just as easily apply to Xaver’s unquestioning acceptance of society norms in exchange for an uniform and a handful of workers to order around, or, for that matter, Weimar Germany’s myopic playing into the hands of the Nazi regime ominously waiting in the wings. Fassbinder obfuscates the characters’ visions with a panoply of curtains and grids, but to call the film misogynistic would be no less short-sighted: Merkl and Hanni are locked in a continuous cycle in which the wife’s so-called shrewish nature is given just as much emotional fullness as the husband’s regressive masochism, and, indeed, Hanni is arguably the strongest, most assertive female character of Fassbinder’s late-career period pieces (tellingly, Hanni is the narrative’s focal point in the original 200-plus minute version made for German TV).

Adapted from Oskar Maria Graf’s novel, the film is often compared to Madame Bovary, but the overall effect is closer to that of Von Sternberg’s The Devil is a Woman, where a couple not only remains obsessively stuck in infatuation-degradation gear, but the visual beauty of the images is rigorously questioned by purposeful dissonance, surface lyricism ruthlessly undercut by a caustic inquiry into the nerves underneath. (Fassbinder’s acid-bath is aural as much as visual-see the shrieking pet bird subtly placed in the domestic skirmishes.) Raab’s lumpy cuckold is eventually dragged to prison while Trissenaar’s hausfrau takes off with her greasy hairdresser (Udo Kier), yet even when the loop is finally broken, the characters are still unable to sort hate from love-Hanni sobbingly rushes to get one final kiss from Xaver then later files for divorce, while Xaver’s prison rants against Hanni invariably shift from growling threats to yearning endearments. The naked, transcendental catharsis of In a Year of 13 Moons is still one year away for the director; the characters in The Stationmaster’s Wife are to remain incarcerated in the artist’s cruel-tender gaze, denied freedom yet exalted into a cosmic luminosity, puppets yet irretrievable projections of Fassbinder himself. 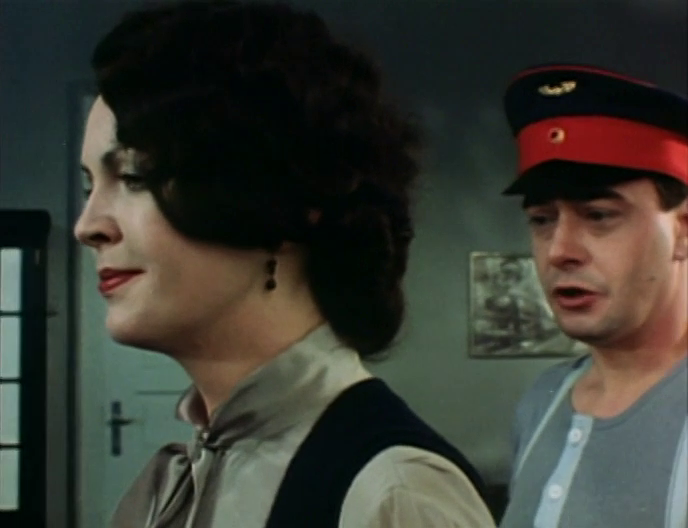 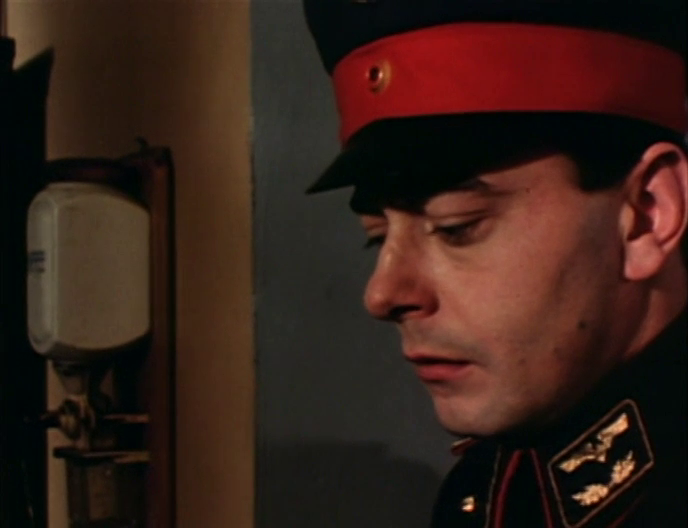 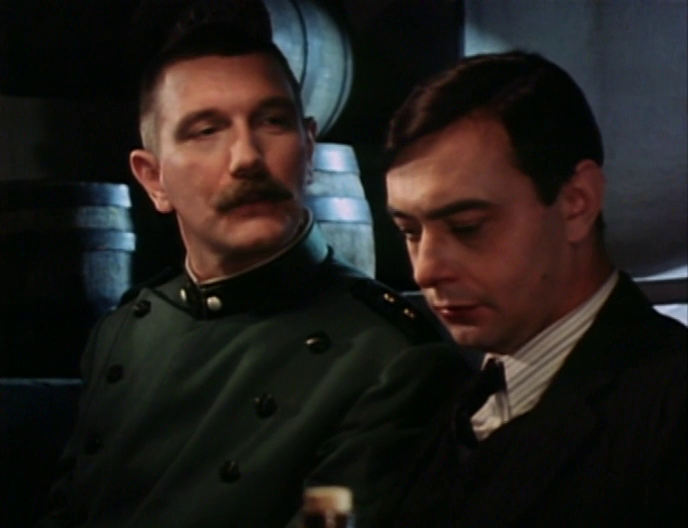 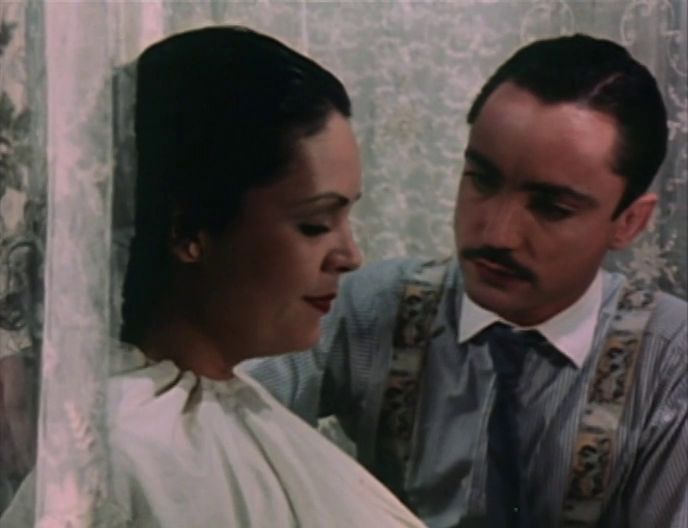 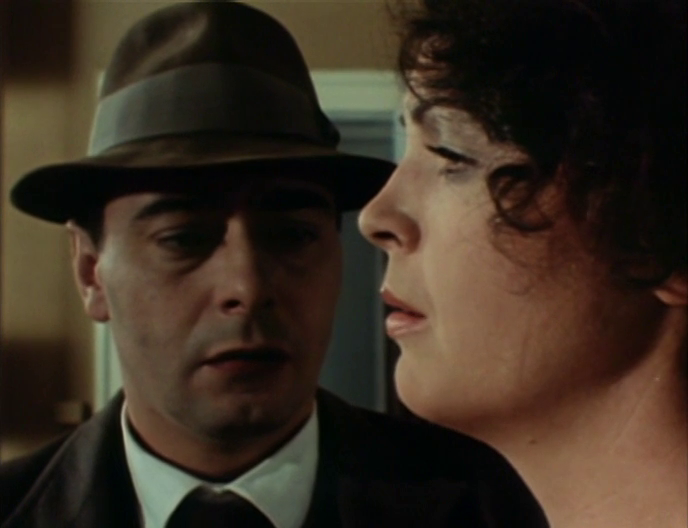 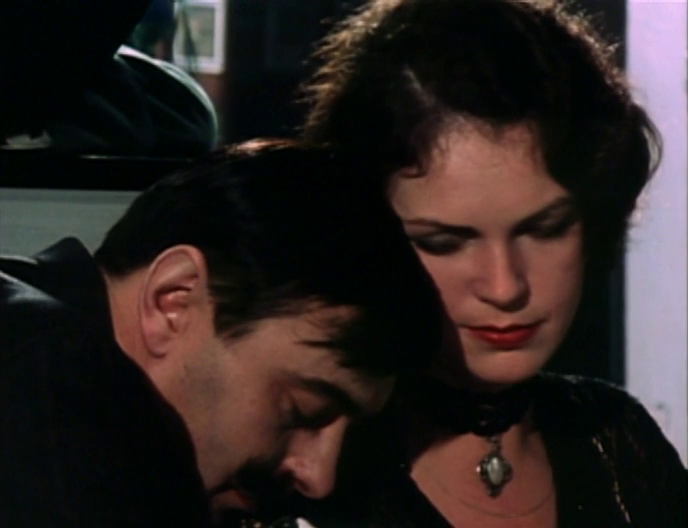 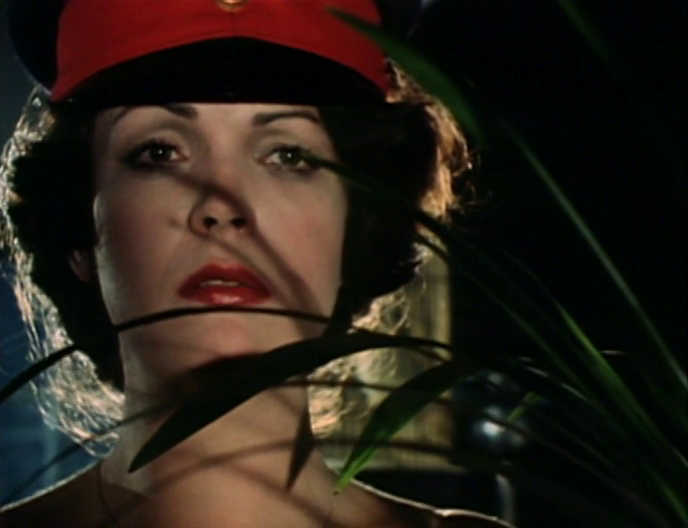