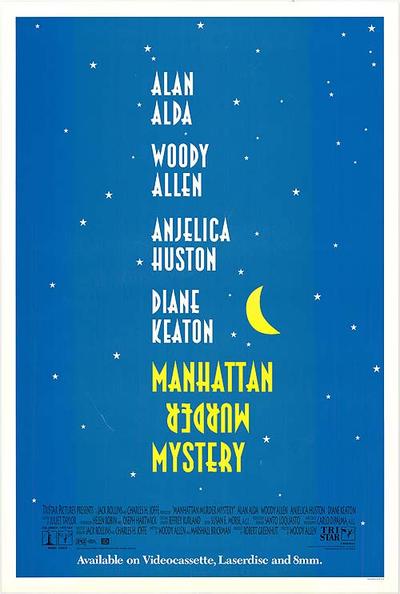 There’s a real murder and a real mystery in Woody Allen’s Manhattan Murder Mystery, but these plot pegs are used mainly to allow Allen to explore modern urban relationships. Allen plays a book editor, married to Diane Keaton (who replaced Mia Farrow, for reasons which were well publicized at the time). Keaton is a free spirit, ever willing to try new experiences, but Allen is a wet blanket. When it becomes apparent that a neighbor has killed his wife, Keaton is eager to investigate the mystery, but Allen thinks her suspicions are nonsensical and doesn’t want to leave his apartment. Undaunted, Keaton finds another “Nick Charles” in the form of family-friend Alan Alda, who, along with his enthusiastic wife (Angelica Huston), joins in the investigation. Slightly jealous, Allen reluctantly agrees to go along on Keaton’s clue-hunting expedition–and it is he who discovers the corpse, who as it turned out was killed after Keaton started poking around the apartment building.
— Hal Erickson @ allmovie.com 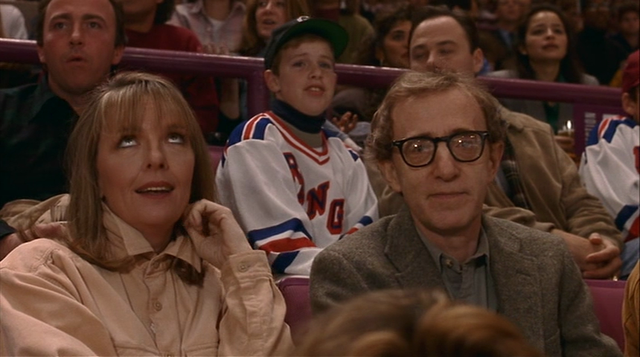 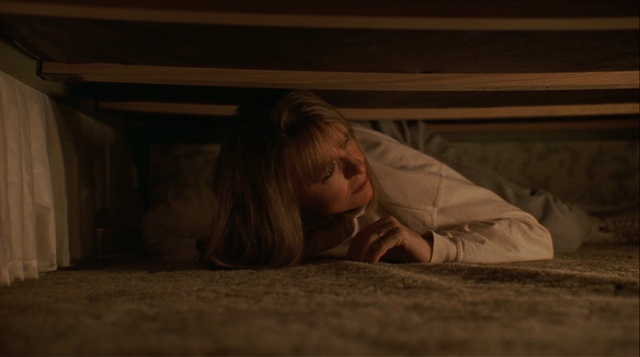 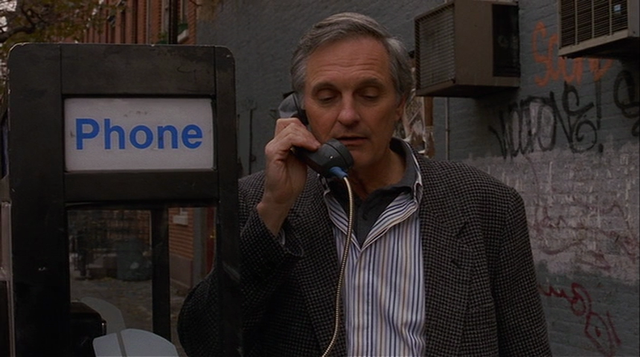 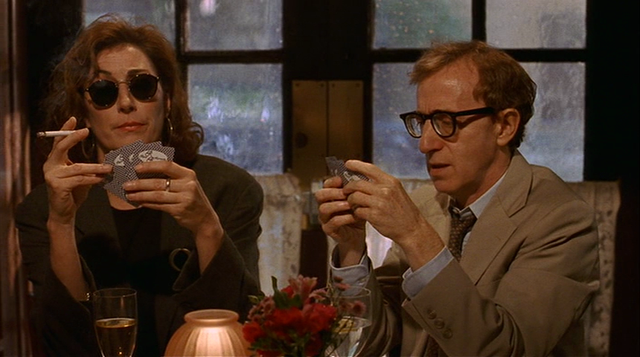