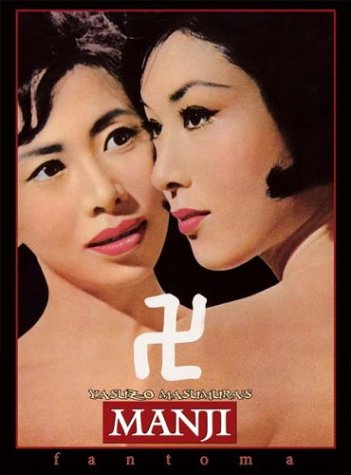 Synopsis:
A dutiful, unhappy lawyer’s wife falls in love with a young, mysterious woman she encounters at an art class. Soon their affair involves her husband and the young woman’s impotent lover and together the four slowly descent into a web of tangled passions.

Masumura was the first Japanese student to attend Italy’s prestigious Centro film school, whose alumni include the likes of Michaelangelo Antonioni, Liliana Cavani and Dino de Laurentiis. Filmed in glorious scope, Masumura fills his screen with simple, yet effective compositions. The direction is even, with his cast of players, most of whom have a long association with the director, embodying their roles wonderfully, exuding the passion and turbulence caused by their tangled affair. The exposition is well paced, as twists in the plot emerge with each meeting. The melodrama is high in true Japanese fashion, as pacts and allegiances shift the balance of power throughout the picture. While able to capture the sensuality of his subjects, Masumura does so without excessive voyeurism or blatant sexuality. The result is an exquisite photoplay, rich in the pitfalls of human desire, with interesting and dire unexpected.

With a masterful sense of exposition, Yasuzo Masumura’s Manji delves into the taboo of forbidden sexuality, weaving an intricate web of circumstances and relationships from which the only escape is in death. Splendid performances, exquisite cinematography, and an engaging storyline combine to create a very interesting film. Its only drawback for western audiences may be its reference to cultural ideologies, whose societal importance may not be as easily perceived by cultures less steeped in tradition.