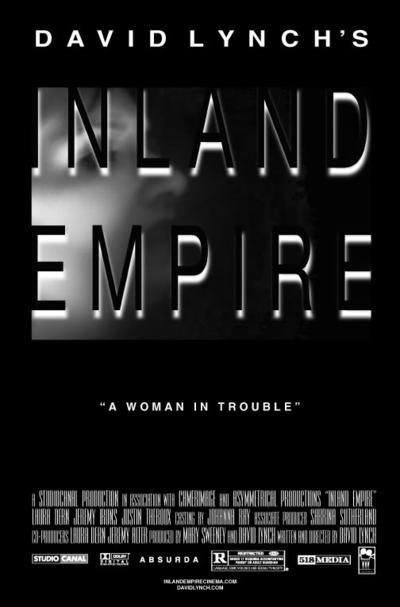 Quote:
There are, in the movies, few places creepier to spend time than in David Lynch’s head. It is a head where the wild things grow, twisting and spreading like vines, like fingers, and taking us in their captive embrace. Over the last three decades these wild things have laid siege to us even as they have mutated: the deformed baby of “Eraserhead” evolving into the anguished distortions of “The Elephant Man,” the Reagan-era surrealism of “Blue Velvet,” the serial home invasion in “Twin Peaks” and the meta-cinematic masterpiece “Mulholland Drive,” a dispatch from that smog-choked boulevard of broken dreams called Hollywood.

Mr. Lynch revisits that bewitched boulevard in the extraordinary, savagely uncompromised “Inland Empire,” his first feature in five years, his first shot in video and one of the few films I’ve seen this year that deserves to be called art. Dark as pitch, as noir, as hate, by turns beautiful and ugly, funny and horrifying, the film is also as cracked as Mad magazine, though generally more difficult to parse. I’m still trying to figure out what the giant talking rabbits — which seem to be living in Ralph Kramden’s apartment, as redesigned by Edward Hopper — have to do with the weepy Polish woman who may be a whore or merely lost or, because this is a David Lynch film (after all), probably both.

As the Good Witch of the North says, it’s always best to start at the beginning and, so, once upon a time, an actress, Nikki Grace (a dazzling, fearless Laura Dern), receives a stranger (Grace Zabriskie, hilarious, unsettling) into her home. The unnamed visitor, a new neighbor with bulging eyes and an East European accent, engages in some gossip (“I hear you have a new role”) before delivering two brief parables that hint at the weirdness to follow. When the boy went out into the world to play, the stranger says, evil was born and followed the boy. When the girl went out to play, though, she got lost in the marketplace, which pretty much sums up what happens to most pretty actresses in Hollywood.

Like “Mulholland Drive,” which this new film resembles like an evil twin, “Inland Empire” involves an attractive blond actress who tumbles down rabbit holes inside rabbit holes inside rabbit holes. In “Mulholland Drive,” the actress finally chokes on the acrid smoke that billows out of the dream factory, imagining herself in a starring role before gasping her last breath in what looks like a Nathanael West rooming house of horrors. They shoot actresses, don’t they? Yes, they do, and usually before the clincher. Mostly, though, actresses just fade away, undone by wrinkles and the industry’s lack of interest in anything female that doesn’t jiggle. By contrast, in his strange way, Mr. Lynch loves women, or at least their representations. And he gives them terribly tasty roles.

Few are tastier or finally more terrible than the role of Nikki Grace, whose porn-star name suggests tacky self-invention and a straight-to-video career. Soon after entertaining her foreign-accented visitor, Nikki, who looks to be in her mid-30s, is rehearsing for a new film called “On High in Blue Tomorrows” with a director, Kingsley Stewart (Jeremy Irons, expertly blending unction with ego), and her co-star, Devon Berk (Justin Theroux, butched-up as a neo-greaser). A romantic melodrama, this preposterously titled film involves Susan Blue and Billy Side, nattily dressed Southerners who flirt with indirection on the veranda while an almost-unrecognizable Julia Ormond plays the other woman, kind of. In time, this film-within-a-film casts an enveloping shadow over Nikki, leading her real and reel lives to blur.

The reeler it gets, the weirder it gets. Nikki or Susan or perhaps both enter another story that resembles a tawdrier version of “On High in Blue Tomorrows.” In this unvarnished version of the film-within-the-film, Susan spends a lot of time in a sinister house with some half-dozen women who appear to be whores. The whores chew the fat and their naughty lower lips, lounge on a street in a snowy Polish city in what appears to be the 1930s and end up laughing on a nostalgically seedy modern Hollywood Boulevard. A couple also pop up in a suburban backyard that looks like what you would expect to find in the bleak Southern California region of the larger film’s title. Most dance while lip-synching “The Loco-Motion.”

The easiest way into “Inland Empire” is through the grand mansions, derelict houses, ominous hallways and grubby back alleys that Nikki, Susan, the big rabbits and the whores inhabit. Each room brings new moods, visual textures, threats and sometimes even a crime, as well as such familiar Lynchian flourishes as a buzzing electric light and velvety red curtains. The film shows a small room in which the weeping Polish woman watches a television set flooded with static. This room is replaced by another, more claustrophobic one crowded with floral designs, in which a woman and a man settle what sounds like a money-for-sex transaction; this is, in turn, is replaced by a lavishly appointed, gilt-edged room of the sort found in European palaces and museums.

How Nikki and the other characters wind up in these rooms — how, for instance, the pampered blonde ends up talking trash in a spooky, B-movie office — is less important than what happens inside these spaces. In “Inland Empire,” the classic hero’s journey has been supplanted by a series of jarringly discordant scenes, situations and setups that reflect one another much like the repeating images in the splintered hall of mirrors at the end of Orson Welles’s “Lady From Shanghai.” The spaces in “Inland Empire” function as way stations, holding pens, states of minds (Nikki’s, Susan’s, Mr. Lynch’s), sites of revelation and negotiation, of violence and intimacy. They are cinematic spaces in which images flower and fester, and stories are born.

Each new space also serves as a stage on which dramatic entrances and exits are continually being made. The theatricality of these entrances and exits underscores the mounting tension and frustrates any sense that the film is unfolding with the usual linear logic. Like characters rushing in and out of the same hallway doors in a slapstick comedy, Nikki/Susan keeps changing position, yet, for long stretches, doesn’t seem as if she were going anywhere new. For the most part, this strategy works (if nothing else, it’s truer to everyday life than most films), even if there are about 20 minutes in this admirably ambitious 179-minute film that feel superfluous. “Inland Empire” has the power of nightmares and at times the more prosaic letdown of self-indulgence.

In an interview published while this film was in production, Mr. Lynch said he shot “Inland Empire” without a final screenplay, which is easy to believe. Like the surrealist practice of automatic writing, the film feels as if it could have been made in a trance, dredged up from within. Then again, this is a filmmaker who probably doesn’t need to tap his unconscious to let loose his demons; one suspects they are lurking right there in the open. Even when his images are flooded with bright Southern California light, danger hovers, suggestively buzzing. No one makes that caressing light seem so dark, so frightening, perhaps because few American filmmakers dare to peel back the surface of things to show us what squirms beneath.

“Inland Empire” isn’t a film to love. It is a work to admire, to puzzle through, to wrestle with. Its pleasures are fugitive, even frustrating. The first time I saw it, I was repulsed by the shivers of Lynchian sadism, a feeling doubtless informed by my adoration of the far more approachable, humanistic “Mulholland Drive.” On second viewing, though, “Inland Empire” seemed funnier, more playful and somehow heartfelt. Certainly, there is nothing but love in Ms. Dern’s performance, which is as much a gift to us as to the director who has given this actress her greatest roles. It’s easy to get lost in a David Lynch film, but Ms. Dern and her amazing rubber-band mouth, which laughs like the sun and cries us a river, proves a magnificent guide. 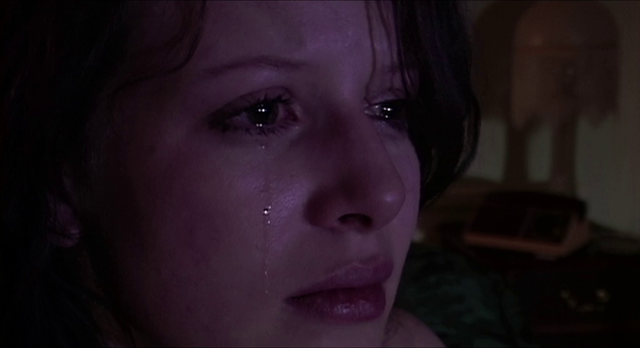 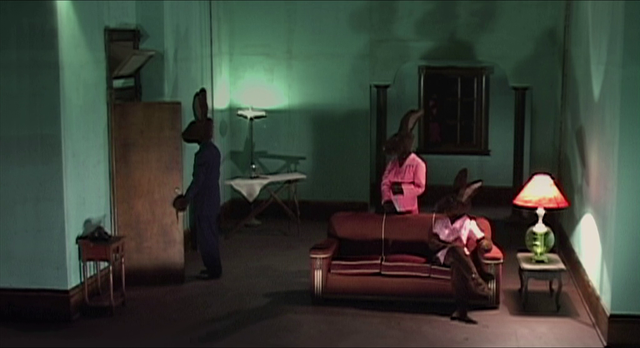 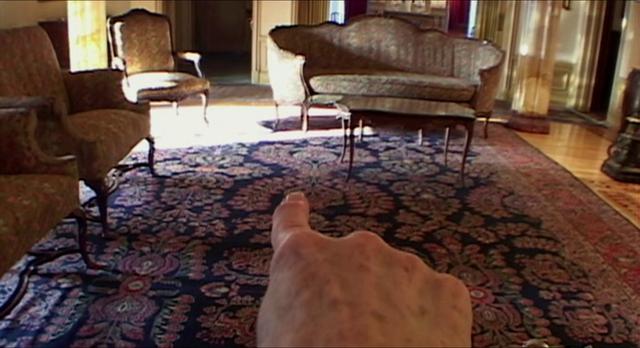 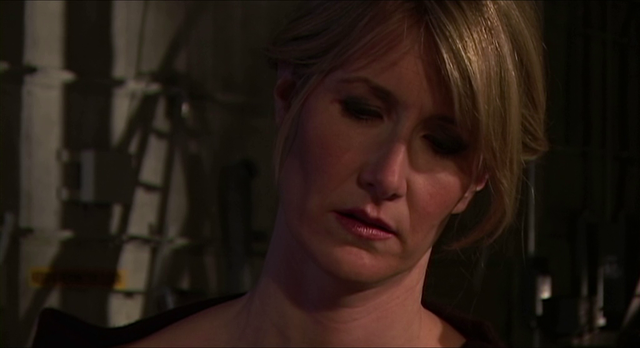 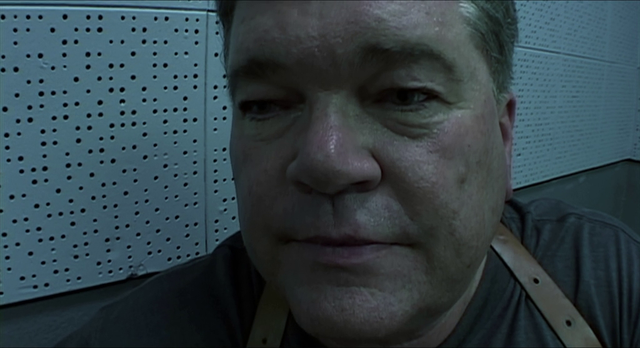 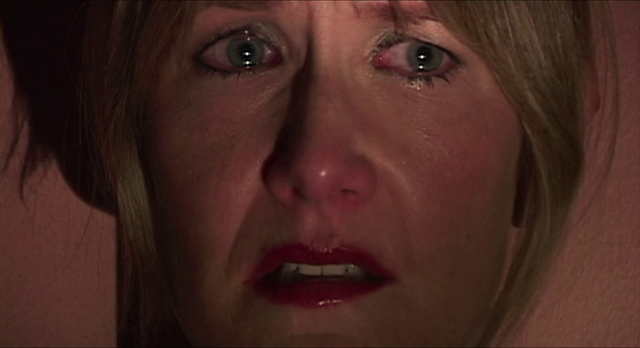 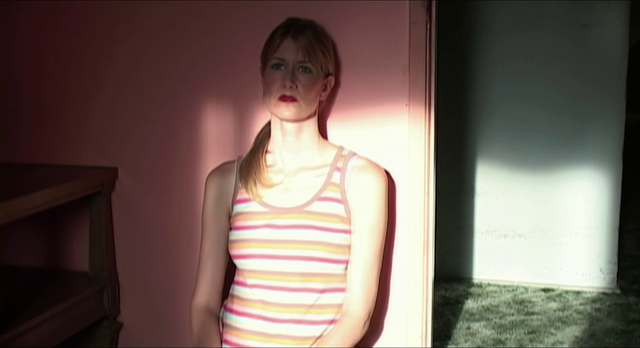 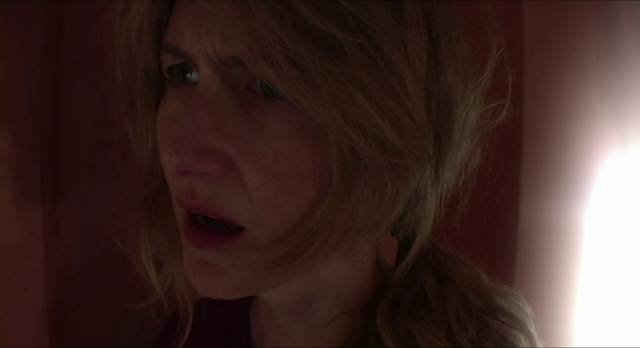 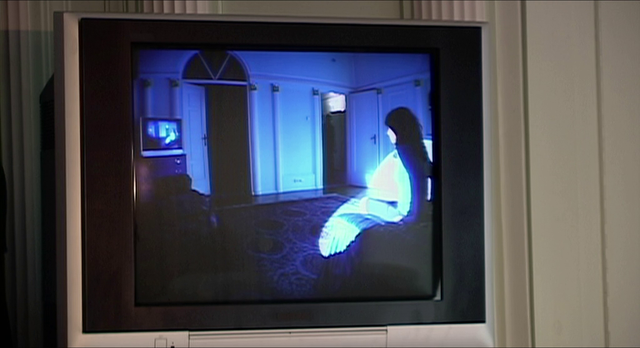 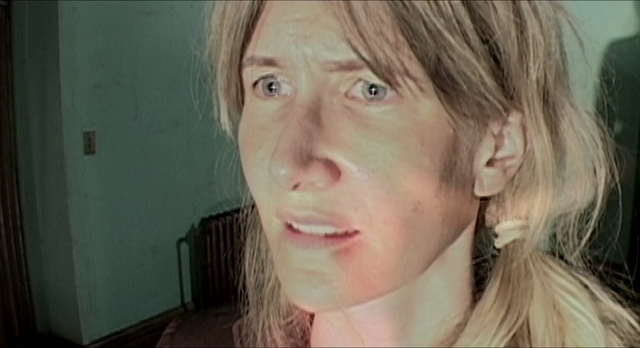