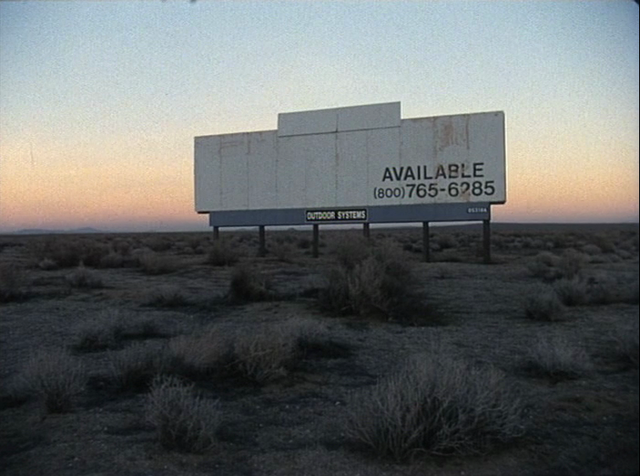 Coming after the spectacular El Valley Centro and Los, Sogobi is a colossal disappointment. James Benning is the most methodical, careful and mathematically precise of film-makers, so it’s baffling that he should abandon the logical progression established in the first two parts of his California trilogy. Centro examined California’s farming heartland. Los explored the greater LA county, and skirted around the edge of the city itself. Surely the next step should have been to tackle Los Angeles in all its garish, terrible splendour, providing a filmic counterpart to Mike Davis’ books of dystopian polemicism, ‘Ecology of Fear’ and ‘City of Quartz.’

Instead, Benning takes a step backwards – in a fatal error of conception that even his immaculate execution can’t rescue, he retreating to the neutral, relatively untouched countryside for his standard sequence of 35 static shots. These are, this time, mostly of trees: the result is uncomfortably reminiscent of Koyaanisqatsi, the modish early-80s celebration of nature in flux. There are echoes of the other two segments – all three films feature shots of cattle – but it’s appropriate that the ‘Outdoor Systems’ billboard, so wittily deployed in Centro and Los, is a forlorn blank this time.

What made those films such compelling political dramas was the presence of man, the evidence of man, the encroachment of man upon the natural world. Specifically, the encroachment of big business – faceless, remorseless, ubiquitous. It’s no coincidence that the most interesting and engaging segments of Sogobi are those which manage to incorporate human involvement: the passing through the water of the tanker Hanjin, seen from a bridge; a helicopter harvesting water from a lake; the distant passing of trucks. But these are very much the exceptions.

By largely removing man from the picture, Benning ends up with a film which is political only in the most frustratingly oblique way – Sogobi would only really make sense when shown straight after its companion pieces. You certainly wouldn’t show it to any newcomer asking to be convinced that Benning deserves front rank among American film-makers: it’s such an exercise in tedium that even the most hard-core devotees may find themselves glancing at their watch and heretically toying with the prospect of walking out. Corporate America is Benning’s bete noir, but Sogobi proves he needs it much more than he perhaps suspects: everybody knows that ‘Hamlet’ without the Prince is a bad idea, but the absence of Claudius is, it turns out, even worse. 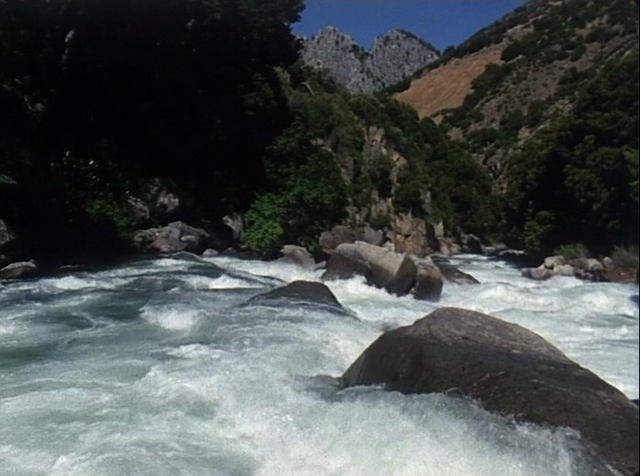 For over 30 years all of my films were shot on 16mm and could only be seen in a theater with 16mm projection facilities. I was never a promoter of my films (I would rather be working on new ones), yet they made their way to festivals in Europe, the US, and finally Asia. However, not too long ago, perhaps around the turn of this recent century, I was still considered (by those who knew my films) to be under-valued. Some people too pride in saying they had seen one of my films.
For the first twenty years of my career, there was no alternative. The only way to see my films was in projection. And because movie theaters were only projecting film prints back then, they maintained their equipment and had reliable, well-trained projectionists. I cannot remember any bad projections during these first twenty years. So when DVDs were introduced, my only reaction was: “No way, this is not film.”
So what has changed? Everything.
First, I’m getting older. It’s easier to give in. Perhaps leaving a record that is more easily accessed has become most important to me. I suppose, I also want to become more democratic.
And the mediums are now more blurred. I no longer work in 16mm. I have come to appreciate digital media. Ironically, today I have seen 16mm film look better projected digitally than the standard way. This is because digital media can be color corrected with more accuracy, and you can now change the contrast in a way that was never possible before. And of course 16mm projection is dying while digital projection is getting better every day. I should also mention that people now have much better home viewing systems with bigger screens and better sound.
And lastly, perhaps it’s my reaction to the fetishization of film material. Digital media isn’t film. It has its own aesthetic that is still being found. It’s a new medium, a new and exciting place to work. I can now make images that I couldn’t make before.
At this point, DVDs are the least expensive consumer format. Blu-ray discs offer better quality, but are more costly. As for the future… it’s probably here already. 4K digital copies will soon be available to play on your eyeglasses. You’ll be on the inside looking out. Film will become nostalgia… but then again, perhaps these DVDs are my attempt to keep film alive. The California Trilogy is the 3rd set, making seven of my films now available on DVD with further releases already planned for the coming years. I very much like seeing my films projected. Now that you know about them, perhaps you will seek them out in a theater and get a chance to see them as they should be; projected as 16mm films. 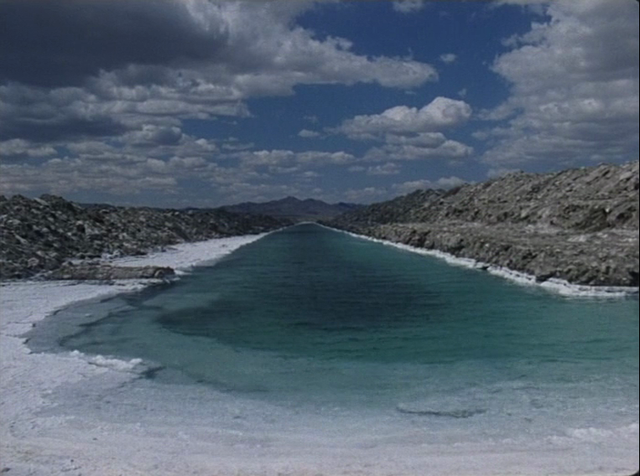 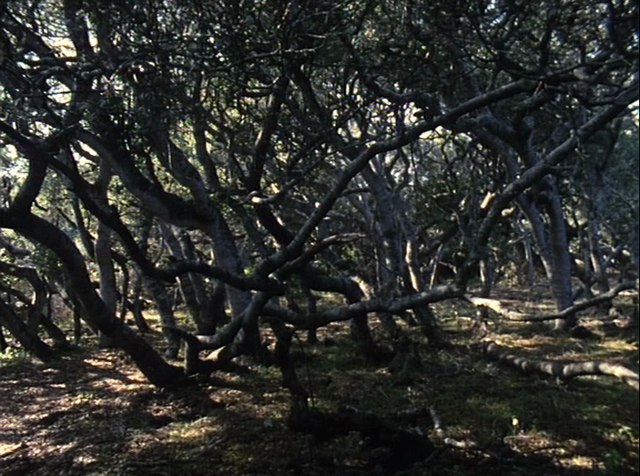