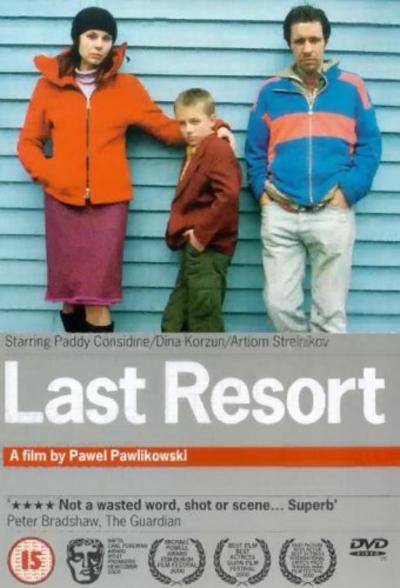 synopsis – AMG:
Last Resort opens as Tanya (Dina Korzun), a young Russian traveling to England with her son Artiom (Artiom Strelnikov), is questioned at a British airport’s passport control. Tanya tells the official she is visiting England on a vacation, but then switches her story and says that her English fiancי is meeting her, and finally, out of desperation, asks for political asylum. She and Artiom are duly packed off to an immigrants’ center in a grim coastal town, where they are given a small apartment and informed that their application for asylum will take over a year to process. After Tanya’s fiancי dumps her over the phone, she gradually befriends Alfie (Paddy Considine), who runs an arcade. Alfie wins the trust of Tanya and her street-smart son, and soon Tanya must decide how far she wants to carry her relationship with this new friend. Last Resort was screened at the 2000 Edinburgh International Film Festival. — Rebecca Flint Marx

review – AMG:
Despite a lack of imagination in presenting the central dilemma of a mother and son in turmoil, Last Resort nevertheless creates a nicely detailed study of defeated hopes. The brevity of the film (a mere 75 minutes) and its bare-bones narrative prevent it from taking on a more grandly romantic, psychologically probing depth, but director Pawel Pawlikowski has an uncanny sense of the small seaside resort life depicted in the picture. The mechanics of the plot are more or less of the contrived variety, but the cast finds a pleasing reality in it all, especially the riveting Paddy Considine, who manages to make his character’s dead-end ambitions endearing and completely believable. Thankfully, the movie eschews the standard faux-grit of many British features of late, replaced instead with a heartfelt look at financial strife for the unwanted. Last Resort was the first feature in the spring 2001 Shooting Gallery film series. — Jason Clark 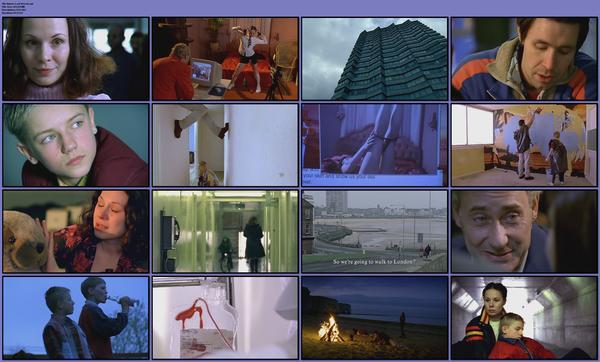 Language(s):English
Subtitles: none, except English hardcoded in the Russian parts