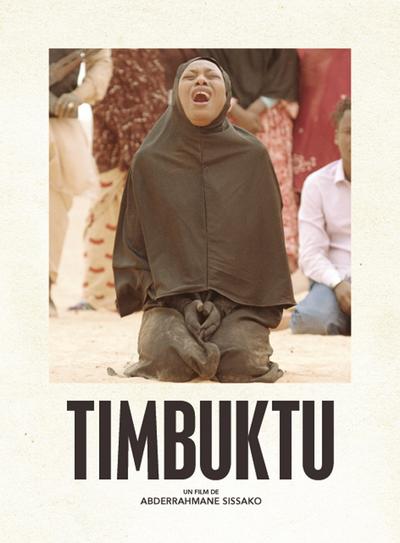 Abderrahmane Sissako’s passionate and visually beautiful film Timbuktu is a cry from the heart – with all the more moral authority for being expressed with such grace and such care. It is a portrait of the country of his childhood, the west African state of Mali, and in particular the city of Timbuktu, whose rich and humane traditions are being trampled, as Sissako sees it, by fanatical jihadis, often from outside the country. The story revolves around the death of a cow, affectionately named “GPS” – an appropriate symbol for a country that has lost its way.

These Islamist zealots are banning innocent pleasures such as music and football, and throwing themselves with cold relish into lashings and stonings for adultery. The new puritans appal the local imam, who has long upheld the existing traditions of a benevolent and tolerant Islam; they march into the mosque carrying arms. Besides being addicted to cruelty and bullying, these men are enslaved to their modern devices – mobile phones, cars, video-cameras (for uploading jihadi videos to the internet) and, of course, weapons. Timbuktu is no longer tombouctou la mysterieuse, the magical place of legend, but a harsh, grim, unforgiving place of bigotry and fear.

Sissako creates an interrelated series of characters and tableaux giving us scenes from the life of a traumatised nation, historically torn apart and prone to failures in communication between its three languages: Touareg, Arabic and French. At the centre of this is the tragic story of one family: a herdsman Kidane (Ibrahim Ahmed), his wife Satima (Toulou Kiki) and their 12-year-old daughter. Kidane angrily confronts a fisherman who has killed his cow, with tragic results. Mali’s new theocratic state must now rule on something that has nothing to do with infringements of its own proliferating religious laws – and its crass insensitivity and immaturity as a system of government is horribly exposed.

There are some brilliant visual moments: the panoramic vision of the river in which Kidane and the fisherman stagger apart, at different ends of the screen, is superb, composed with a panache that David Lean might have admired. When a jihadi comes close to admitting he is infatuated with Satima, Sissako shows us the undulating dunes with a strategically placed patch of scrub. It is a sudden, Freudian vision of a woman’s naked body, which is then made the subject of a bizarre, misogynist attack.

Elsewhere, young men carry on playing football after football has been banned by miming the game. They rush around the field with an invisible football, earnestly playing a match by imagining where the ball should be. It is a funny, sly, heartbreaking scene, reminiscent of anti-Soviet satire. In another scene, a young man is being coached on how to describe his religious conversion for a video (for an awful moment, it looks as if it might be a suicide-bomber “martyrdom” video). The boy talks about how he used to love rap music, but no longer. Yet in the face of the hectoring and maladroit direction, the boy lowers his head: he finds he cannot mouth these dogmatic platitudes.

In many ways, Sissako’s portrait of Mali is comparable to Ibrahim El-Batout’s portrait of Egypt and the Tahrir Square protests in his film Winter of Discontent. It is built up with enormous emotion, teetering between hope and despair.