Errol Morris – The Fog of War: Eleven Lessons from the Life of Robert S. McNamara [+Extras] (2003) 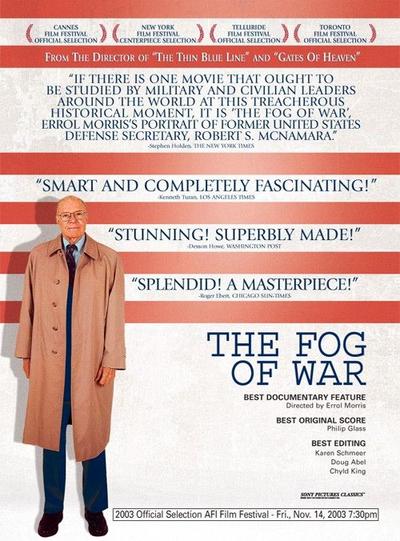 Jonathan Rosenbaum, Chicago Reader wrote:
In The Fog of War, Errol Morris interviews an 84-year-old Robert S. McNamara, who served as secretary of defense under presidents Kennedy and Johnson and is widely regarded as the architect of the American war in Vietnam. There’s something undeniably masterful about the film, which also includes archival footage, but that mastery is what sticks in my craw: it’s a capacity to say as little as possible while giving the impression of saying a great deal, a skill shared by McNamara and Morris. I’m not sure what we have to gain from this — the satisfaction that we’re somehow taking care of business when we’re actually fast asleep?

This sleight of hand takes many forms, including the film’s title, repeated shots of dominoes lined up on a map of Southeast Asia, and the “eleven lessons from the life of Robert McNamara” dispensed in intertitles to introduce the various segments — portentous platitudes ranging from “Rationality will not save us” and “Maximize efficiency” to “Get the data” and “Be prepared to reexamine your reasoning.” More generally, throughout the documentary Morris sprays charts and figures across the screen in rapid montages that we can’t process as data — and aren’t supposed to. Then there’s a score by Philip Glass (a standby to which Morris has become very accustomed), a metronomic New Age pulse that encourages not thought but the impression that one is thinking. “No one does `existential dread’ as well as Philip Glass,” Morris has offered by way of explanation. “And this is a movie filled with existential dread.” But “doing” existential dread is a far cry from understanding it or, better yet, addressing it.

I used to be a big fan of Glass’s music when I heard it performed live, largely because of its meditative qualities. But one might question the use of meditating on Robert McNamara as opposed to thinking analytically and critically about him. If we meditate on charts and figures or feel existential dread about them without even knowing what they say, there’s a danger that we’ll think we’re doing something serious just by gaping at what’s in front of us. The same thing applies to gaping at McNamara even when we know what he’s saying, in part because of the high gloss of that chugging Glass music. It’s almost as if Morris were characterizing McNamara’s discourse as “Glassy” (rather than simply gassy), the same way Oliver Stone and Anthony Hopkins tried to make Richard M. Nixon seem Shakespearean.

I won’t deny that the film is watchable as well as informative; it held my attention both times I saw it, four months apart. Morris has learned a lot over the years about how to tell a story while gradually unveiling a personality. But I wish I had a better notion of what story he’s trying to tell. (The personality in this case is fairly transparent, so the gradual revelation of that transparency may be part of the story.)

I’ll never understand the appeal of political films that try to reveal the truth about something years after it could possibly make a difference to anyone. I appreciate the benefit of hindsight, but not when it precludes doing anything — or anything much — to affect the present. McNamara has valid insights into the mistakes made by the U.S. in Vietnam, and he’s fairly direct in his objections to unilateral invasion (albeit without naming names). But one could also argue that if you have to go back half a century to criticize American foreign policy, you may not be paying close enough attention now. The smoke screen deployed by the current secretary of defense has a lot in common with the one McNamara contributed to during Vietnam — and on this subject McNamara has practically nothing to say.

How could it be otherwise? Denial should be the man’s middle name, not Strange. As Johnson’s secretary of defense he was expected to cover for the president, and in the news footage of LBJ presenting him with a Medal of Freedom in 1968 — at least tacitly for helping carry out Johnson’s dubious policies and concealing basic facts about them from the American public — McNamara gets so choked up that he’s unable to speak. The medal was awarded just after McNamara left the defense department, though in a rare moment of candor he admits that he wasn’t sure whether he’d resigned or been fired until a friend told him, “Of course you were fired!” He also admits — far more offhandedly, while exploring a different train of thought — that he no longer remembers whether he or someone else in the defense department authorized the dropping of Agent Orange over Vietnam. (Poor guy, he was so busy at the time.)

That he’s vague on both subjects but vaguer about the use of a chemical that destroyed countless lives, American as well as Vietnamese, is certainly telling. Morris is skillful enough to register that point, but McNamara isn’t likely to reveal anything that we don’t already know about him. When push comes to shove, he’s running the show, even if he allows Morris to score a few points now and then.

In some ways the film’s Web site (www.fogofwarmovie.com) is more useful than the film — maybe because there’s less to meditate on and more to think about. Morris, in the course of defending himself against criticism leveled by Eric Alterman in the Nation, writes, “Santayana is well known for saying: Those that are unfamiliar with history are condemned to repeat it. He is less known for a far more interesting quote: History is wrong, and always has to be rewritten.”

This is a useful point, but an incomplete one: history always has to be rewritten, but some rewrites are more urgently needed than others, and one also has to ask who’s doing the rewriting. In The Fog of War, Morris seems to argue that McNamara’s culpability in Vietnam should be reevaluated relative to Kennedy’s and Johnson’s. I’ll agree that this revision may be warranted but not that it’s urgently needed by anyone except McNamara and his friends, relatives, and admirers. It’s interesting but hardly essential — especially given the brief we keep hearing, that The Fog of War will help us to understand wars being fought now. And if Morris made a movie about the relative culpability of Bush, Rumsfeld, and Cheney in the miscalculations of the Iraq war, it might not be all that helpful either.

McNamara also tells us that he was partly responsible for introducing seat belts to American cars during his 14-year career at Ford Motor Company (he took over as president there only a month before joining the Kennedy cabinet). So theoretically he might have saved as many lives in the United States as he unwittingly squandered in Southeast Asia. Oddly his memory on this point seems much clearer than on the matter of Agent Orange, though it happened seven years earlier. I guess that’s something to muse over, maybe even a cause for existential dread. Whether it prompts much useful thought is another matter. 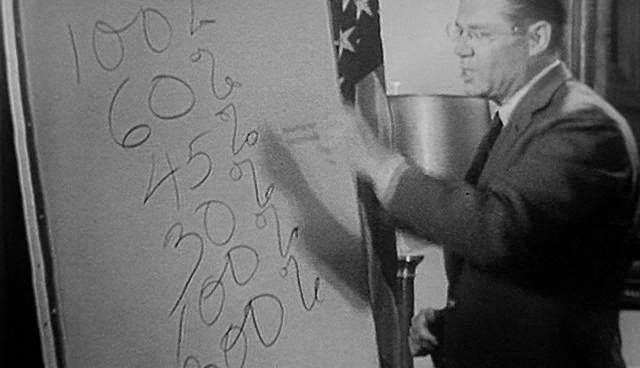 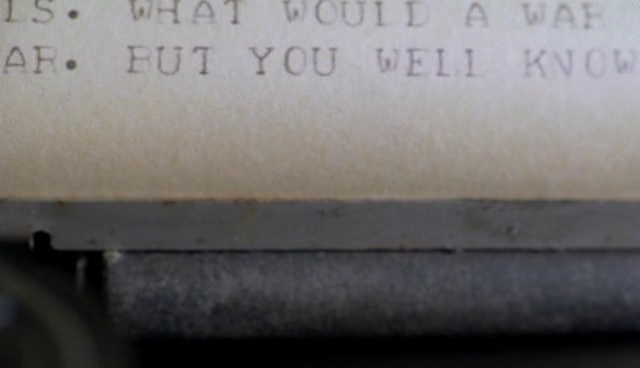 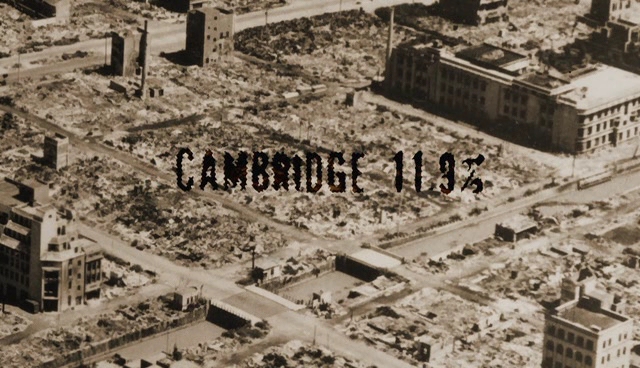 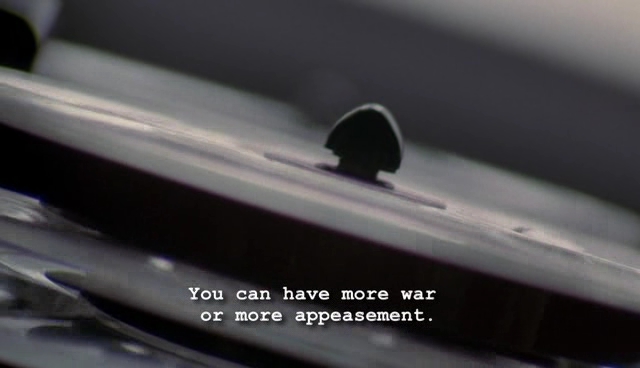 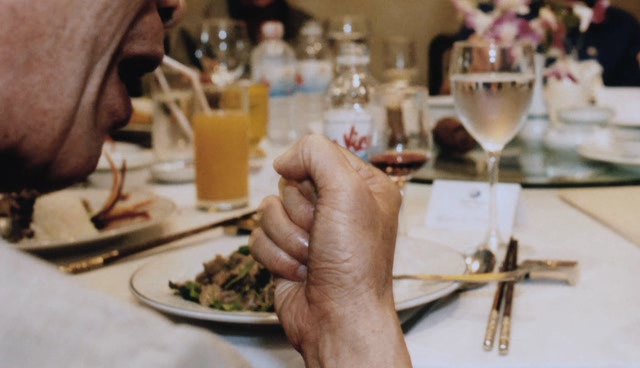 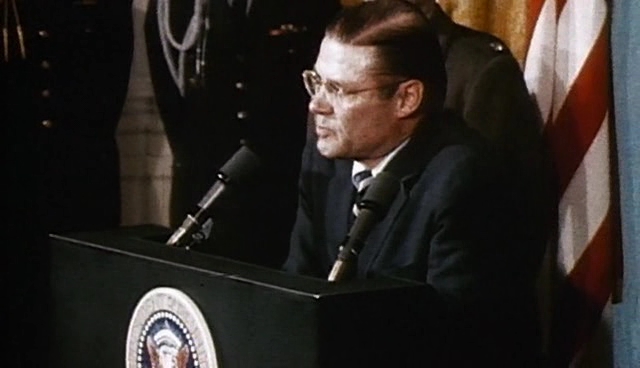 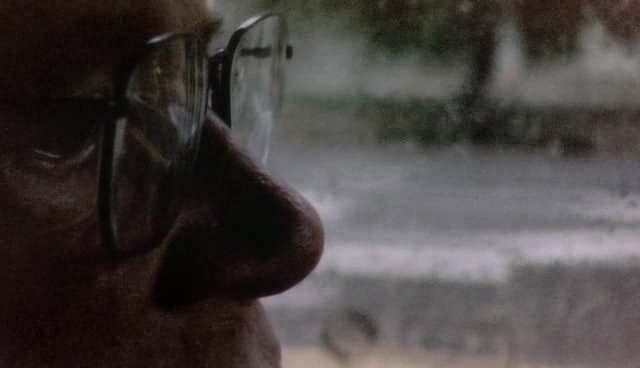