Quote:
By 1965, Jack Smith was exhibiting versions of Normal Love, mixing his soundtracks live and often re-editing the film as it was being shown. After Smith’s death, Jerry Tartaglia prepared this restored 105-minute version, which premiered in 1997. Although shot on backdated color-film stock and paced more languidly than Flaming Creatures, Normal Love again features women and cross-dressed men in an idyll of sexual anarchy. Smith filmed almost entirely outdoors, emphasizing pinks and greens in the scenery, costumes, and props, and combining textural passages with allusions to film icons such as the Mummy and the Werewolf, Maria Montez, and Busby Berkeley. The inspired finale is set atop a massive pink cake (where the dancing Cake Cuties include Andy Warhol).

Cita:
Though Jack Smith never quite completed Normal Love (1963), what he left behind maintains a consistent level of intensity, its weirdly costumed characters cavorting before the camera in role-playing more twisted than the word “drag” could ever convey. Mostly filmed the year Smith’s orgy-comedy Flaming Creatures became a famous obscenity case, Normal Love is a kind of lyrical sequel, replacing the earlier film’s bleached-out black and white with lush color (faded somewhat in this restoration) and its urban claustrophobia with rural locales outside New York City. Over the years Smith showed Normal Love in various versions; the present film was assembled using notes from actual screenings and records he’s known to have played with it. His cast of “creatures,” including Mario Montez and Tiny Tim, perform in a series of disjointed sequences that oscillate between trancelike impersonation and utterly reflexive self-parody: a mermaid in a tub, for example, is larger than life yet totally ridiculous, her tail phonier than the worst B-movie costume. Smith’s gender-fuck visions, more radical than mainstream concepts of drag, conflate dress-up with striptease, ludicrous acting with a sure belief that one can become one’s costume. His visual style is a dense and demented re-creation of von Sternberg, the smallest fashion accessory a radiant surface as camera and character–and character and costume–move in a coordinated ballet at once graceful and spastic. 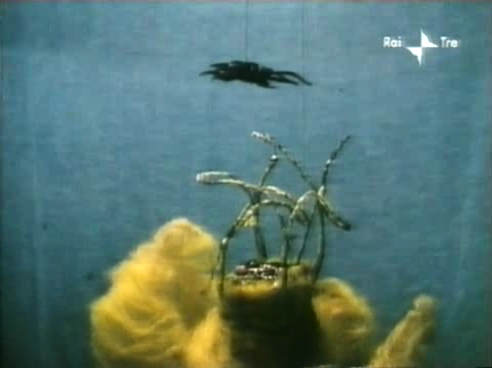 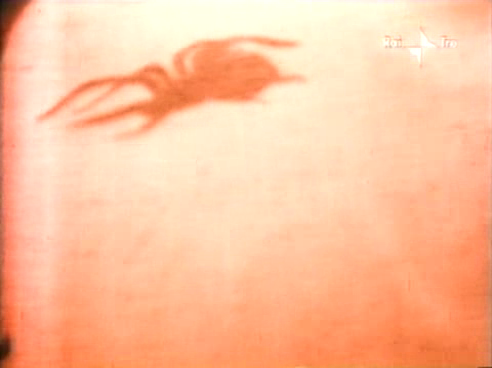 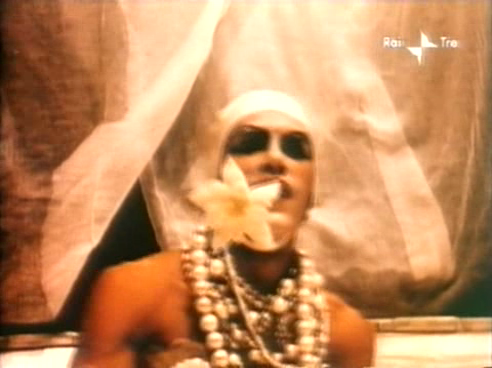 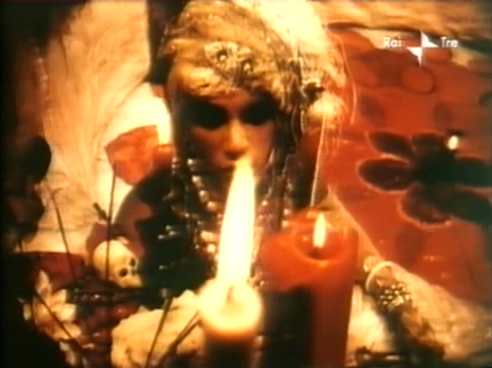 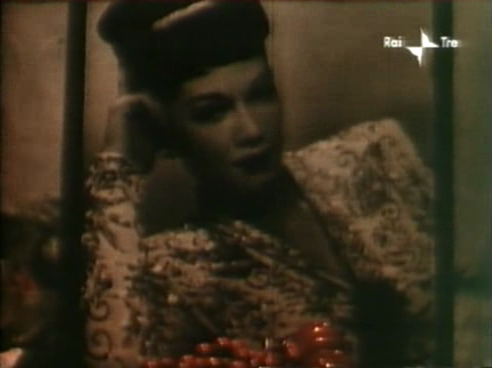