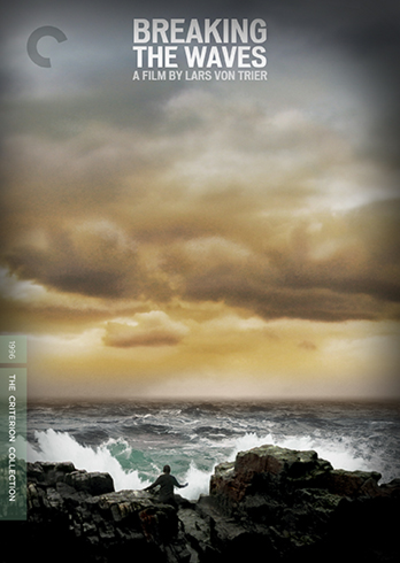 Quote:
For those who aren’t aware of it, Lars von Trier is obsessed with Carl Dreyer. He views him as a father figure, his role model, his favorite film is “Ordet”, he used Henning Bendtsen as cinematographer on “Epidemic” and “Europa”, he bought the suit Dreyer wore at the opening of “Ordet” and wore it at the opening of “Europa” (and again in “Riget”) and finally, during an interview he announced “I am a Dreyer guy”.

Like “Ordet”, so does “Breaking the Waves” depict the conflict between dark religion, which preaches the fear of God, and light religion, which believes in the love of God, and Lars von Trier very wisely doesn’t question religion. Instead he employs the conflict as a tool by which to examine how love and goodness, a golden heart, leads to self-sacrifice and ultimately the martyrdom of Bess. Speaking of martyrdom, Lars von Trier made cinematographer Robby Müller shot Bess with same gaze as Falconetti in Dreyer’s “La Passion de Jeanne d’Arc”. As much he is a “Dreyer guy”, as much is “Breaking the Waves” a “Dreyer film”.

But underneath this camouflage of allusion and homage, is a perverse love story, portraying the transformation of Bess from shy innocence to self-sacrificing sinner, thereby attacking our conventions of normality and goodness. Only Lars von Trier would dare to turn something as beautiful as innocent love into a perverse sadomasochistic relationship. This is a stroke of genius. By placing religion in the background, no one questions blind faith in religion, but instead asks, why Bess seeks humiliation and personal degradation to satisfy the wishes of Jan. Thru Bess, Lars von Trier is setting self imposed slavery, either by religion or by love, up against each other, thereby examining the conflict of dark vs. light religion, and ultimately showing us, that there is a God, that he is a pretty decent guy, who understands us more than we give him credit.