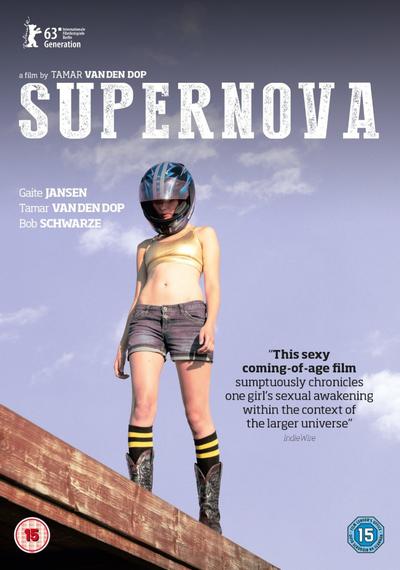 Resolutely arthouse in its approach, this adaptation of a novel by Flemish author Bo Van Ranst won’t exactly set the box-office alight anywhere but offers more proof of the directorial talents of van den Dop and the serious range and sheer star power of Gaite Jansen (The Cost of Sugar, Tricked) who essentially has to shoulder the burden of making teenage boredom look interesting. The film had its world premiere in the Generation sidebar at the recent Berlin Film Festival and should be appreciated at other festivals as well. It opened commercially in the Netherlands April 17.

Listless Meis (Jansen), whose name roughly translates as “little girl,” lives with her working-class parents (van den Dop, Bob Schwarze) and silent grandma (Helga Boettiger) in a dilapidated house that’s surrounded by fields. A country road makes a 90-degree turn right in front of their doorstep, which means that the entire family is basically waiting for the next car to crash into the living room. Or at least Meis hopes for it, as she’s so bored during the sweltering summer of her 15th birthday that she’d give anything for a little action. Her couch-potato Dad is unfit for work while Mom does little more than look after the house, dinner and, occasionally, Grandma.

Since watching the entire family waiting for anything to happen at all would be rather boring, van den Dop has provided Meis with a voice-over, in which she talks about what sounds like her physics homework, mentioning the laws that guide movement and energy and the stars (hence the film’s title).

The much-desired arrival of any type of collision and a subsequent release of energy is of course a thinly veiled allusion to the adolescent’s growing realization of her own sex appeal and physical desires. There aren’t tons of people around to experiment with during the school-less summer in the middle of nowhere, so Meis has to make do with whoever’s around. This includes her best friend, Sue (Elise van ‘t Laar); her father, who’s palpable discomfort, when Meis bares her breasts for him so he can help her with her anatomy homework, is almost comical, and a young Russian ruffian (David Schutter) who suddenly materializes on the family’s doorstep and who has to decide whether he’s more interested in the mother or the daughter (van den Dop, however, wisely stops short of turning him into a Teorema-like presence, introducing him only quite late into the proceedings, thus insuring this remains really Meis’s story).

It’s quite a wager for van den Dop to make a film about a teenage girl simply waiting for something to happen in her life and if Jansen’s performance wouldn’t have been up to snuff, this movie would’ve likely been of very little interest. Thankfully, quite the opposite is true and Jansen, who was also recently the best thing about the middling Dutch slavery drama The Price of Sugar, again gives a fearless and, above all, engaging performance. She manages to conjure a world of thoughts and desires even when she just sits in her room or sunbathes on a plank jutting from the roof.

That said, a little tightening in the editing room would’ve made the film less reliant on the voice-over to give the film a sense of underlying forward momentum beneath the surface boredom.

Though almost entirely in Dutch, the film was largely shot in co-producing Germany, where Tamo Kunz’s production design and the locations superbly suggests that nothing much has happened in the home and its surroundings — that include a bridge that’s only been half constructed — at least since Meis was born. The lighting and compositional choices of cinematographer Gregor Meerman, van den Dop’s partner in real life, suggest that the lonely house in the fields could’ve come from a Western, with the main character clearly waiting for a handsome stranger to walk into town.