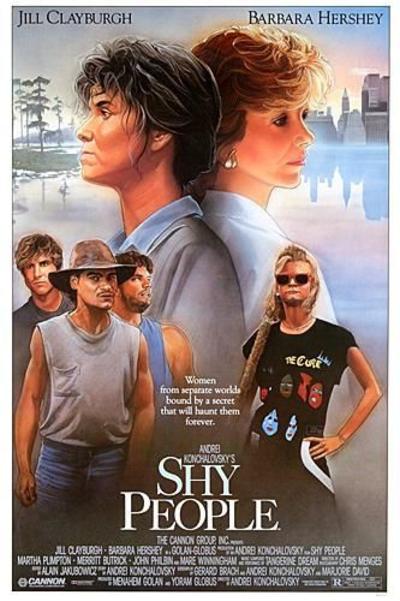 Diana (Jill Clayburgh) and her rebellious cocaine snorting daughter (Martha Plimpton) travel to the Louisiana bayou to meat their distant relatives. They find a wild gun-toting marsh woman (Barbara Hershey), and her grown children who she protects from the outside world still, going as far as putting one in a cage. Diana came to write an insightful article about her lost family, but may have gotten in over her head. The atmosphere is beautiful. There are some great performances by the brilliant Barbara Hershey (won best actress in 1987 Cannes), and Martha Plimpton. The turning point of the film is a bizarre rape sequence involving Martha Plimpton, cocaine, a big barrel of honey, a dozen goats, and Patrick Swayze’s brother, Don Swayze. This leads to both Jill Clayburg and Martha Plimpton being alone in the swamp, fighting for survival, and also a serious conflict within the family. Photographed by Chris Menges (The Killing Fields, The Mission). This film is incredible.