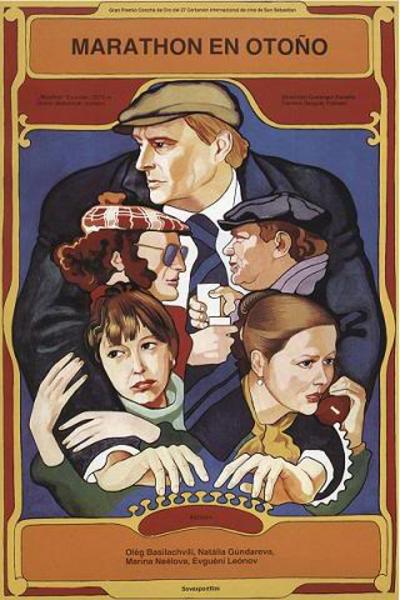 And because he can’t bear to hurt anyone, he’s always taking the easy way out – which invariably means constructing a vast edifice of lies that he can’t possibly keep track of, which has the equally inevitable side-effect of turning a fundamentally decent if weak-willed man into what looks like the epitome of a philandering boor. Half the time, his excuses are entirely genuine – he really did help his Danish friend Bill Hansen (Norbert Kuchinke) at a drying-out clinic, and stayed up all night with his less talented colleague Varvara (Galina Volchek) to help her on a difficult translation, but this counts for little when he’s so widely disbelieved. The title refers to his regular early morning jogging sessions with Bill – again, he’d much rather be doing something else, like staying in bed, but how can he possibly say no?

Andrei’s most immediate problem is that he can’t choose between his long-suffering wife Nina (Natalya Gundareva) or his naively optimistic secretary-cum-mistress Alla (Marina Neyolova). Both are well aware of each other’s existence, but both choose to blame Andrei – not unreasonably under the circumstances.
— dvdtimes.co.uk 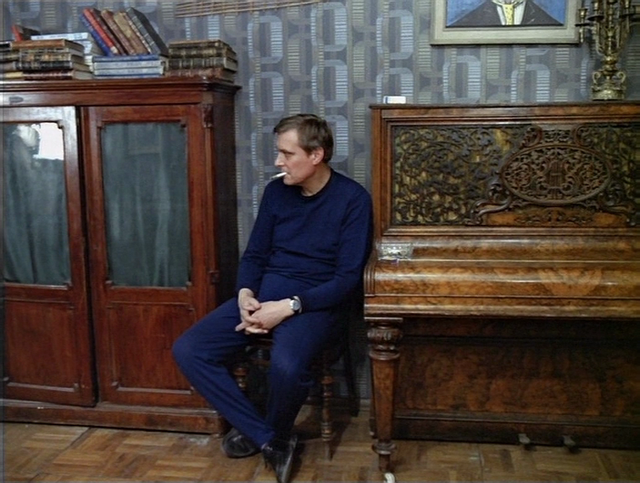 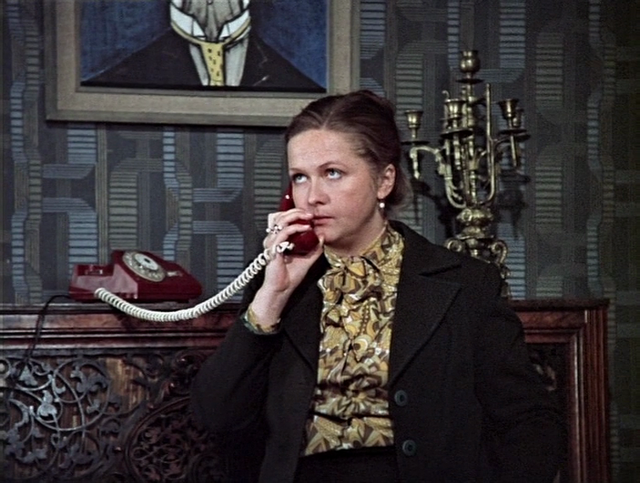 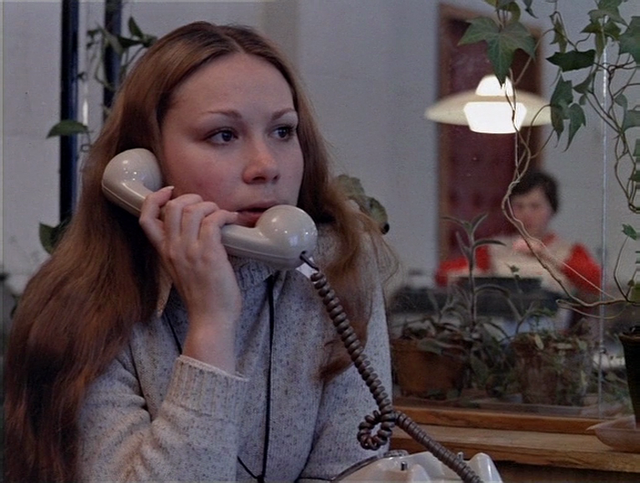 At the center of the film is a simmering middle age crisis. The hero, an English professor living in Leningrad (now known, once again, as St. Petersburg) is helplessly caught up in his own life. Of course, a devoted wife, a loving mistress, a grownup daughter, a decent apartment in a beautiful city, and a cushy academic job may all sound like pretty good living. But for Andrei Buzykin, it all just keeps on boiling over. Well, that’s not all he has. There is more: a clueless professorial colleague from Denmark staying nearby, a drunken neighbor, and a hapless coworker. The Danish professor rings the doorbell at every sunrise and invites to go jogging. The drunken neighbor shows up whenever he wishes and demands to sit down drinking. The hapless coworker is in constant need of professional rescue. And our gentle hero is incapable of saying no.

As Buzykin desperately tries to keep up with his increasingly uncontrollable life, the film builds up the sort of quiet, subtle hilarity that can only be found in a most masterful of comedies. His dire personal predicament is so absurdly self-inflicted and, on the other hand, so universally human, that one cannot help both laughing at Buzykin and empathizing with him. Generous, talented and charismatic, Buzykin unwittingly attracts other people, whom he then seems utterly unable to reject.

The personal problems snowball slowly but surely, resulting in a spectacular crescendo. The wife is claiming betrayal. The mistress is declaring a breakup. The daughter is flying off with her maverick husband to Siberia. The coworker claims she is about to get fired. His own career is in a nosedive. The Danish professor gets involved with the drunken neighbor and is arrested for disorderly conduct. And that’s when the community center calls and demands from Buzykin an urgent lecture on literature.

The marvelous twists at the end come across as both completely natural and strikingly original. The film, as a whole, thanks to its realist and lyrical style of delivery, is never close to becoming a farce. In fact, it is difficult to regard Autumn Marathon even as a pure comedy. Years after the film was made, its director, Georgi Daneliya, reminisced in an interview about a conversation he had with a Soviet censor right after the project’s completion. Struggling to classify Autumn Marathon by category after seeing it, the censor demanded to know what genre the film belonged to. “Well”, Daneliya replied, “it’s a sad comedy.” The censor acquiesced, but insisted that Daneliya insert the phrase “a sad comedy” in the opening credits “so that the viewer could understand what he was seeing.” Daneliya did just that, and Autumn Marathon, thus, staked out its place as the pioneer of a new genre.

For all of its universality, Autumn Marathon has a story to tell about the world it was made in. The first Soviet “adultery movie”, it was a product of an era of neglect, rather than any genuine political liberalization. The government was waging a war for Communism in Afghanistan, and domestic political controls were as tight as ever. But the people were largely permitted to pursue happiness and western-style normalcy within the confines of Soviet political authoritarianism and creeping economic decay. Such personal pursuits occupy the central stage in Autumn Marathon. What makes the film extraordinary in the Soviet context is its complete lack of political overtures a la socialist realism.

Aside from its great cinematic appeal, Autumn Marathon should fascinate Russophiles of all stripes. The film contains many beautiful takes of Leningrad, as it shows Buzykin running around the city and frantically trying to make his way over its famous drawbridges before they get raised. Various aspects of Soviet and Russian life are touched upon. The film is particularly interesting as a social study, as it gently mocks the Soviet intelligentsia personified by its hero. An absolute marvel is the drinking episode, which – in the view of this reviewer – makes for the best drinking scene in the history of world cinema.
— epinions.com 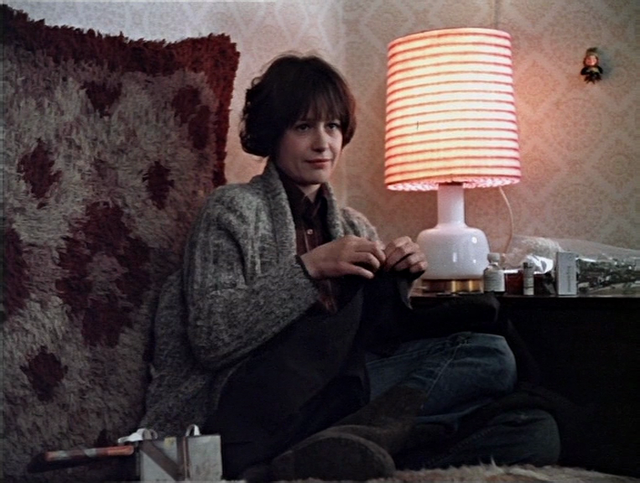 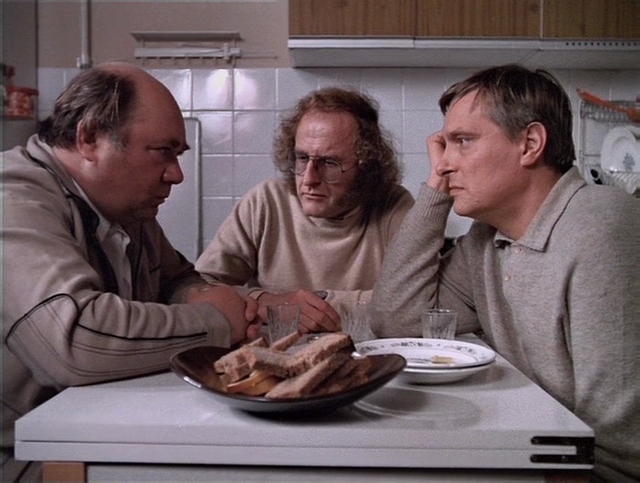 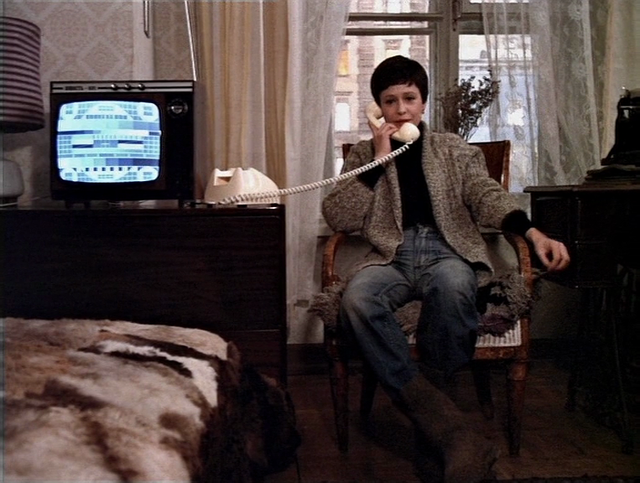