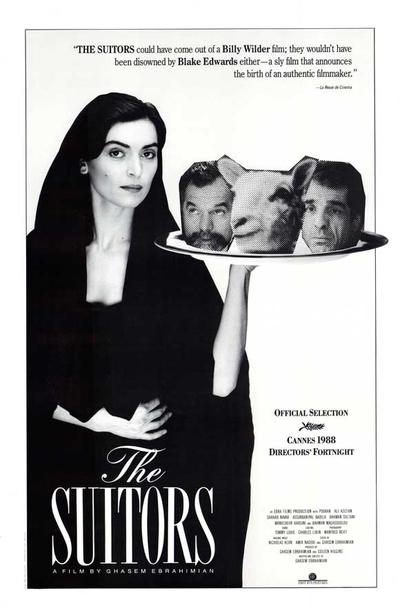 Quote:
A young Iranian woman fends for herself in America in spite of the wishes of her newfound friends after her husband is accidentally killed.

Review
From the NY Times:

Before we are 15 minutes into ”The Suitors,” this dark satire reveals the dangers of slaughtering sheep in a bathtub. A quirky first feature written and directed by Ghasem Ebrahimian, who was born in Iran and who settled in the United States in the 1970’s, the film also takes a sharp, affectionate view of Iranian immigrants trying to merge their traditions with Manhattan living.

When four Iranian friends visit an upstate farm, they head back to the city with a stolen sheep – perfect for kebabs – loaded in their station wagon. Meanwhile, their friend Haji, a middle-aged businessman, is returning from Iran with his new young wife-by-arrangement, Mariyam. She gets lost, and races through Kennedy Airport in a halfhearted escape attempt. With her long black veil billowing behind her, she is not hard to find.

The next day, Haji and the other men put the sheep in the tub facing Mecca, and get to work. But blood drips through the ceiling of the superintendent’s apartment downstairs. He calls in a SWAT team, which charges in on what they are sure is a gang of Iranian terrorists. Haji is shot, leaving Mariyam fair game for his friends.

Mr. Ebrahimian has a sure feel for comedy that emerges from the texture of city life. Mariyam slips out of her Lower East Side apartment shrouded in black, sneaks into an alley to stuff the veil in her handbag, and re-emerges as stealthily as a bank robber who has just shed a disguise. Then she tries asking two young men for directions to the post office. One of them offers her drugs and the other frightens her with the large snake he has wrapped around his neck.

Unfortunately for the audience, Mariyam is soon carried off to the suburban New Jersey home of her husband’s former business partner. Her friends decide she will marry Ali, the suitor who looks most like a Las Vegas lounge singer, with pompadoured hair and large gold chains around his neck. Her understandable response is to mope around the house, and for the next hour the film is as dull and depressive as its heroine.

Only in its last 15 minutes does ”The Suitors” take another turn, heading into territory that is part Alfred Hitchcock, part Lucille Ball. There is an impulsive and violent crime, followed by Mariyam’s lunatic attempt to leave the country stashed in a large suitcase. And though it comes as a relief when Mr. Ebrahimian jolts his film back to life, he cannot control such energetic shifts. The film becomes a jumble instead of the stylish mix it seems meant to be.

The Iranian-born actors, most of them in their first film roles, are totally confident. Like Mr. Ebrahimian, they mock many Iranian traditions without demeaning them. Yet ”The Suitors,” which opens today at Film Forum 1, ultimately has more ambition and promise than wit. The film’s bizarre beginning and comic end are not enough to offset its long dull center. Lost Lambs THE SUITORS, written and directed by Ghasem Ebrahimian; photography by Manfred Reiff; edited by Amir Naderi and Mr. Ebrahimian; music by various composers; produced by Mr. Ebrahimian and Coleen Higgins; in Farsi with English subtitles; distributed by First Run Features. 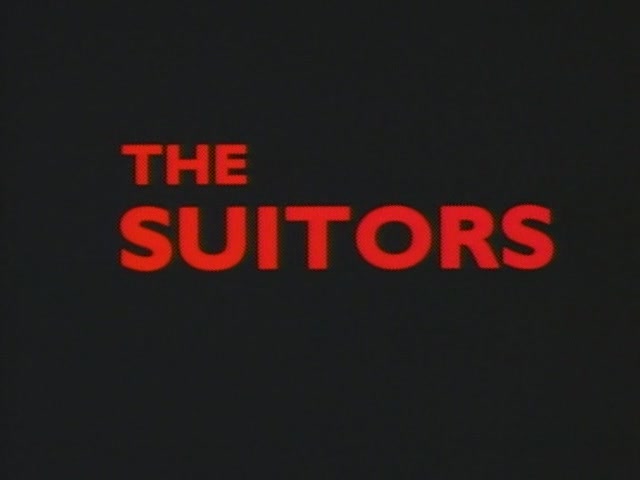 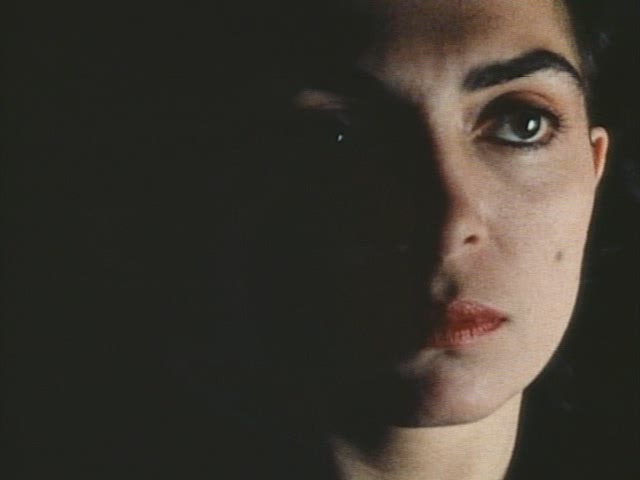 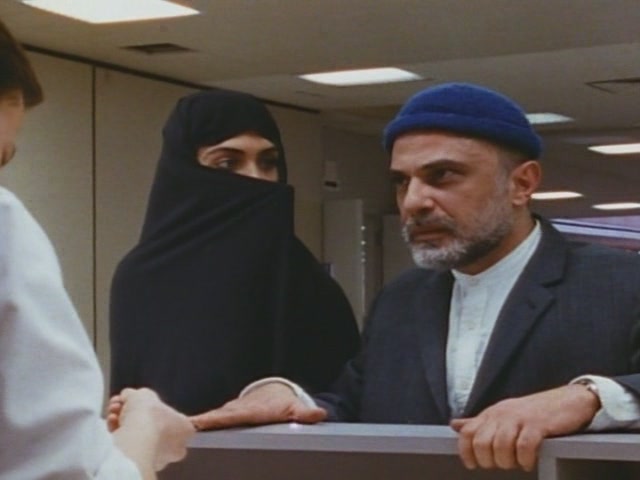 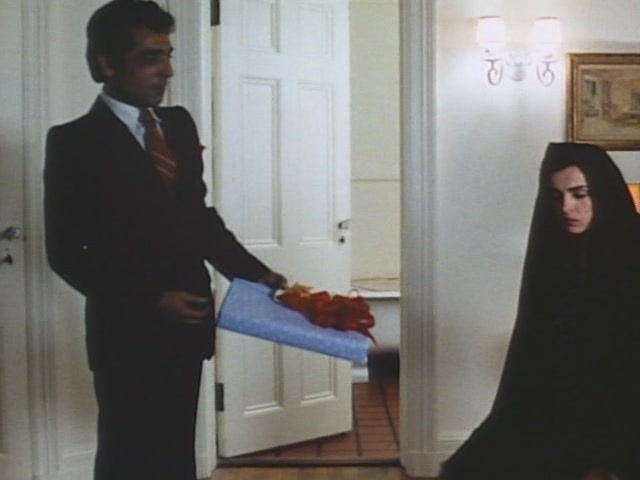 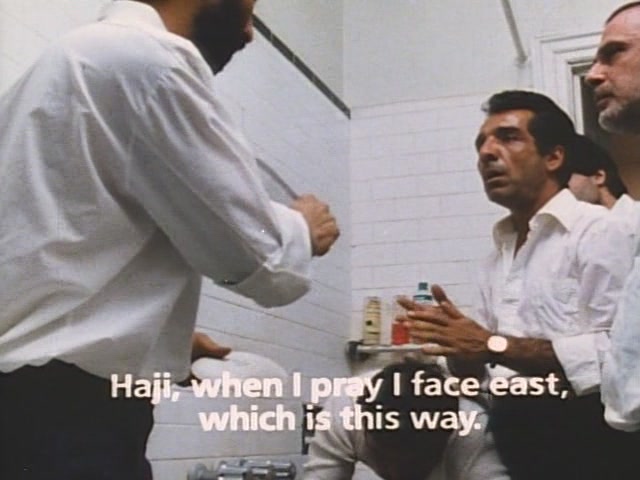 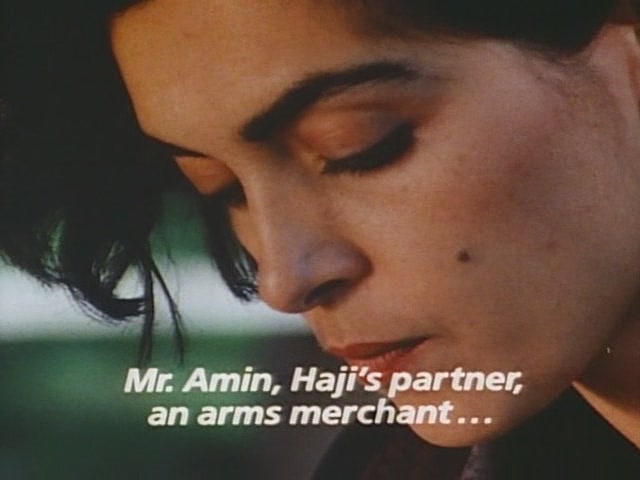 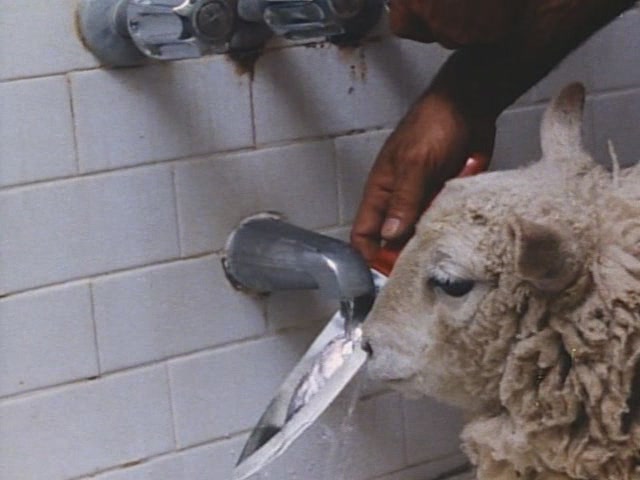