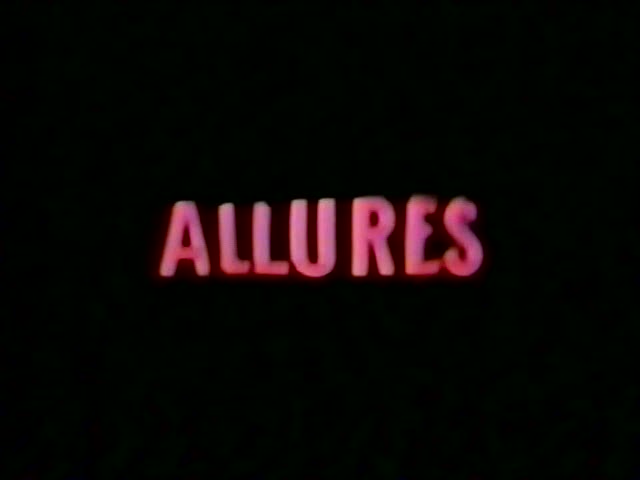 Originally a widely-exhibited painter, Jordan Belson turned to filmmaking in 1947 with crude animations drawn on cards, which he subsequently destroyed. He returned to painting for four years and in 1952 resumed film work with a series that blended cinema and painting through the use of animated scrolls. The four films produced in the period 1952-53 were Mambo, Caravan, Mandala, and Bop Scotch. From 1957-59 he worked with Henry Jacobs as visual director of the Vortex Concerts at Morrison Planetarium in San Francisco. Simultaneously he produced three more animated films, Flight (1958), Raga (1959), and Seance (1959). 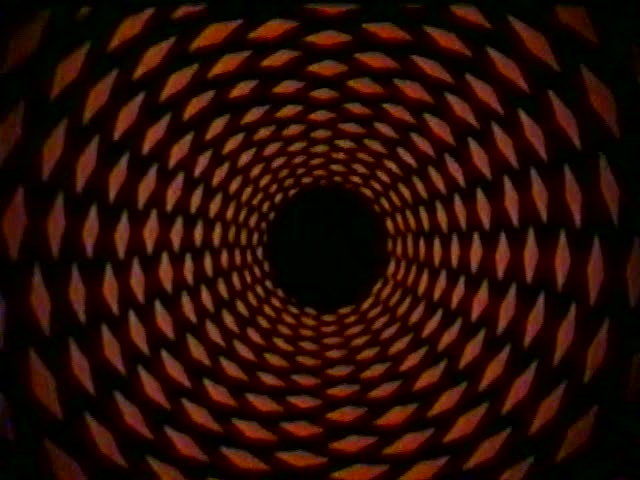 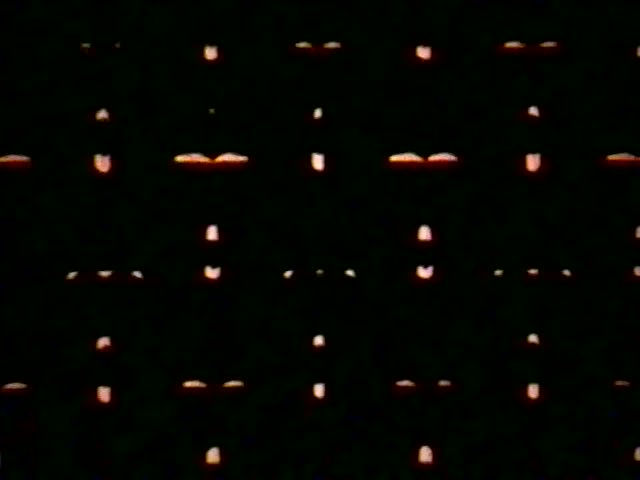 Allures, completed in 1961, found Belson moving away from single-frame animation toward continuous real-time photography. It is the earliest of his works that he still considers relevant enough to discuss. He describes Allures as a “mathematically precise” film on the theme of cosmogenesis—Teilhard de Chardin’s term intended to replace cosmology and to indicate that the universe is not a static phenomenon but a process of becoming, of attaining new levels of existence and organization. However, Belson adds: “It relates more to human physical perceptions than my other films. It’s a trip backwards along the senses into the interior of the being. It fixes your gaze, physically holds your attention.” 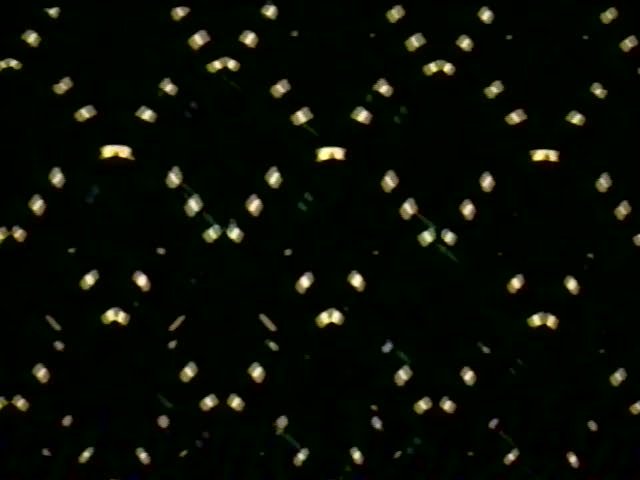 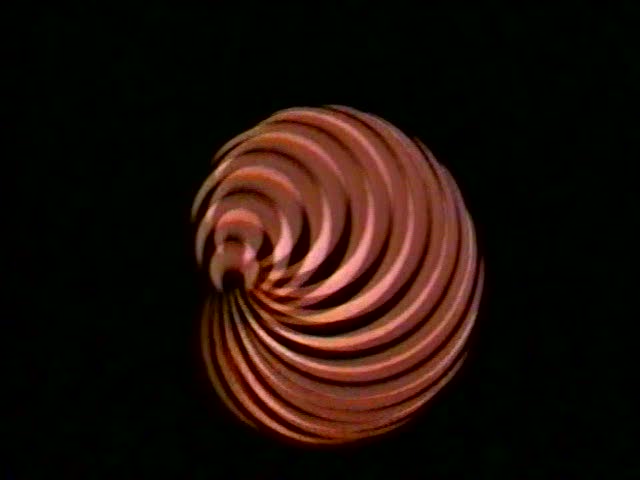 “I think of Allures,” said Belson, “as a combination of molecular structures and astronomical events mixed with subconscious and subjective phenomena—all happening simultaneously. The beginning is almost purely sensual, the end perhaps totally nonmaterial. It seems to move from matter to spirit in some way. Allures was the first film to really open up spatially. Oskar Fischinger had been experimenting with spatial dimensions but Allures seemed to be outer space rather than earth space. Of course you see the finished film, carefully calculated to give you a specific impression. In fact it took a year and a half to make, pieced together in thousands of different ways, and the final product is only five minutes long.” 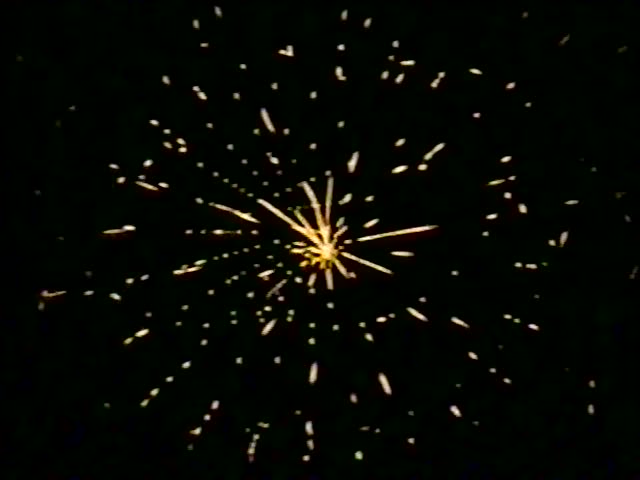 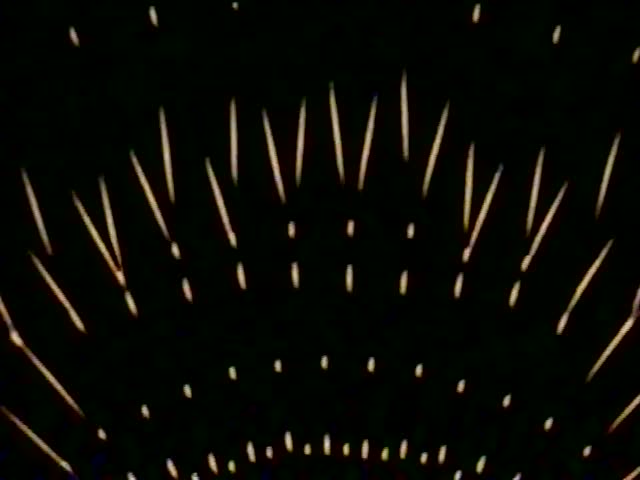 “Allures actually developed out of images I was working with in the Vortex Concerts. Up until that time my films had been pretty much rapid-fire. They were animated and there was no real pacing—just one sustained frenetic pace. After working with some very sophisticated equipment at Vortex I learned the effectiveness of something as simple as fading in and out very slowly. But it was all still very impersonal. There’s nothing really personal in the images of Allures.” 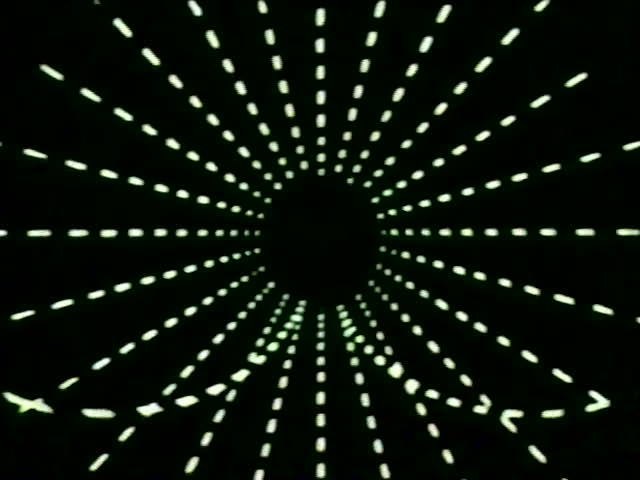 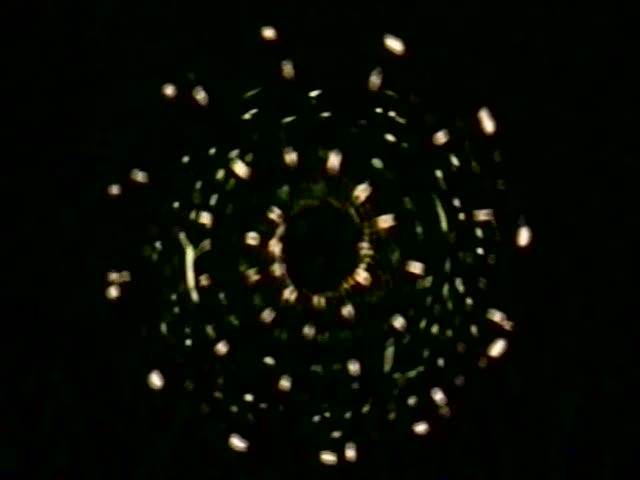