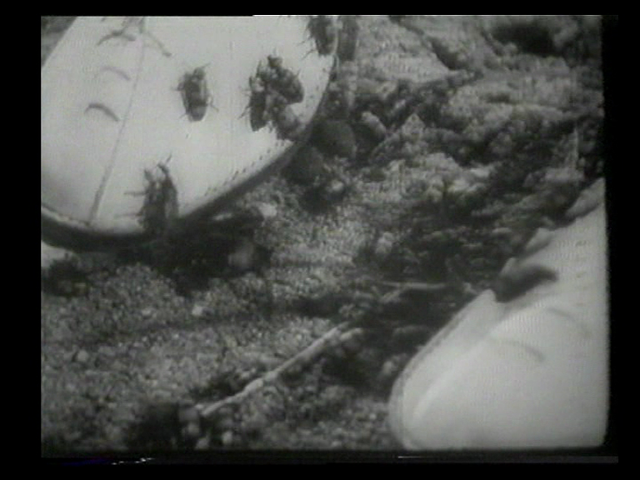 Quote:
Scalera had obtained backing for a series of animal shorts and needed someone to make them. Roberto plunged in enthusiastically. He arrived at Ladispoli with animals of all sorts distributed among pockets and cages and started sixteen documentaries, no less, all at once. A slew of titles were annouced. La foresta silenziosa (“The quiet forest”), Primavera (“Spring”), Re Travicello, and La merca; and perhaps ll brutto idraulico (“The ugly plumber”). Fellini recalls finding Roberto at Scalera kneeling under small reflectors. “Inside a small enclosure made of nets and rope were a turtle, two mice, and three or four roaches. He was shooting a documentary about insects [La vispa Teresa?], doing one frame a day, very complex and laborious, with great patience.”
“He kept shooting for months,” Fellini adds, probably with his customary exaggeration. For in fact Roberto’s enthusiasm flagged quickly.
Scalera announced two seven-minute pictures in October 1940. La vispa Teresa (“Lively Theresa”) is based on a well known song; a girl, ten, catches a butterfly and all the other insects intervene to save it. In Il tacchino prepotente a turkey bullies all the barnyard until two roosters rally the community. These are the same stories of collective protection by the weak against the strong as in Fantasia sottomarina, Il ruscello, and Roma città aperta.
La vispa Teresa was rejected… 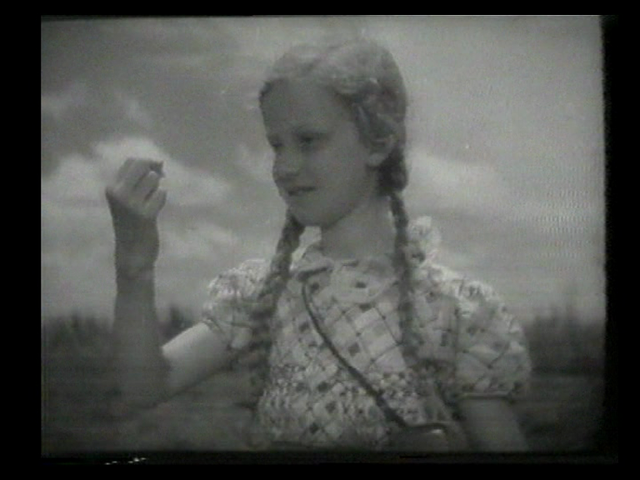