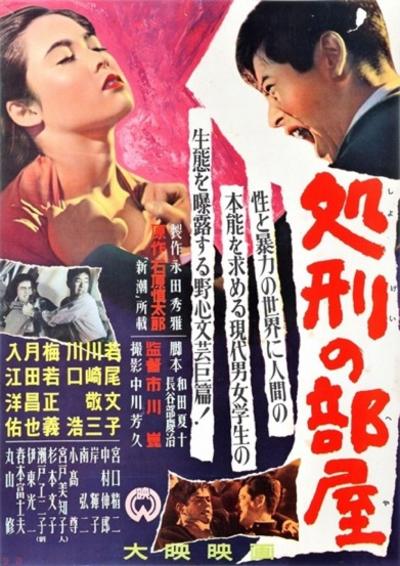 Kon Ichikawa’s study of gang-related violence among the youth, ‘Punishment Room’, is a brutal and nihilistic work utterly barren of hope! Yes, just the way I like a movie to be. ‘Punishment Room’ is far from the same league as Ichikawa’s masterpiece ‘Nobi’, but it is a film I better would be able to say I enjoyed watching. Though it is not much less powerful and at the release in the 50’s it were met with angry protests from parent-groups, the Japanese government and even Shintarô Ishihara, the writer of the novel ‘Punishment Room’ is based on! Plot is centered on a disgruntled university student whose disrespect and ruthlessness against authorities finally lead to his doom. He humiliate his sick, but hard-working, father at the bank in order to get a loan to fiancé a huge party. The party scene features a cool jazz band and the camera often zoom in on the girls legs. While the party goes on our hero leaves in order to beat up some members of a street gang in a pool hall. Later he drug two girls together with a pal and they bring them to an apartment and rape them! This scene was pretty notorious even though it mainly is off-screen. But of course, the film is from the 50’s and should be seen as such. The rape can hardly shock many today. As a matter of, the scene that lead to the rape where the two guys are trying to get the zapped girls all the way up the stairs seems way more humorous. Istead there is the final climax which the title ‘Punishment Room’ refers to. After having floating in a sea of dirt for some time, and gone more and more mad of his own existence, our hero finally meet his faith in the back-room of a bar. His rivals from the gang tie him to a chair, blind him with booze and let him face the girl he raped who put a knife in him! Very ugly stuff with a surprising high amount of on-screen bloodshed! He still do his best to play it tough and it all culminate very gripping and nasty. ‘Punishment Room’ is a dark and grimy tale that put most US-made teen angst films to shame. The photographing by Yoshihisa Nakagawa is top notch with a brilliant use of lighting contrasts dislocated compositions which suits the dramatic moments. A surprising and astonishing work. Worth seeking out. 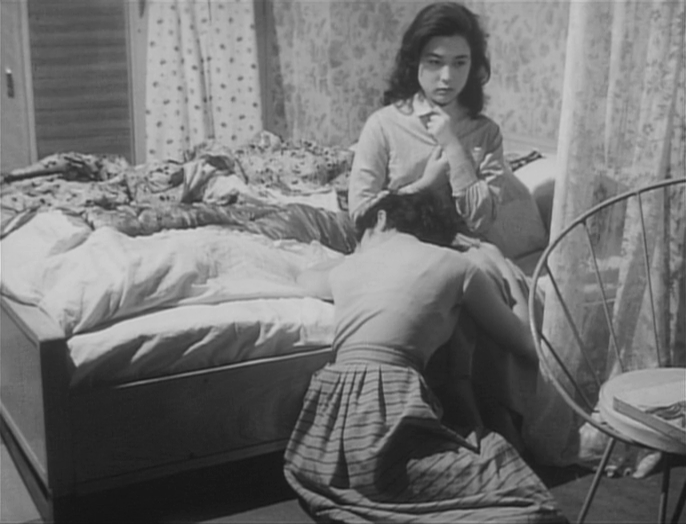 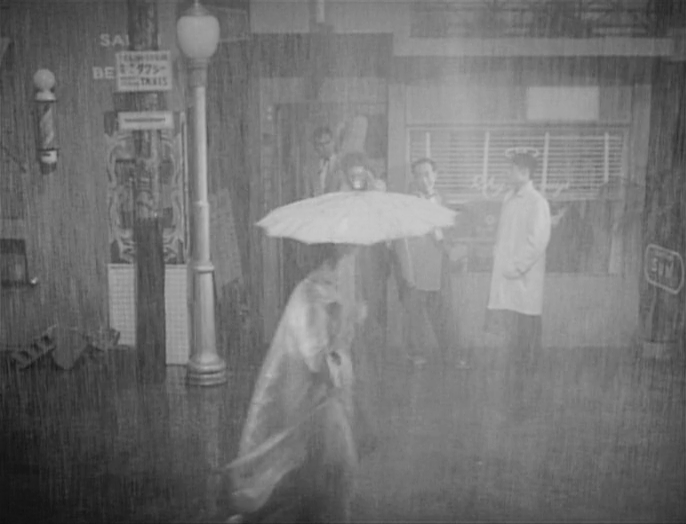 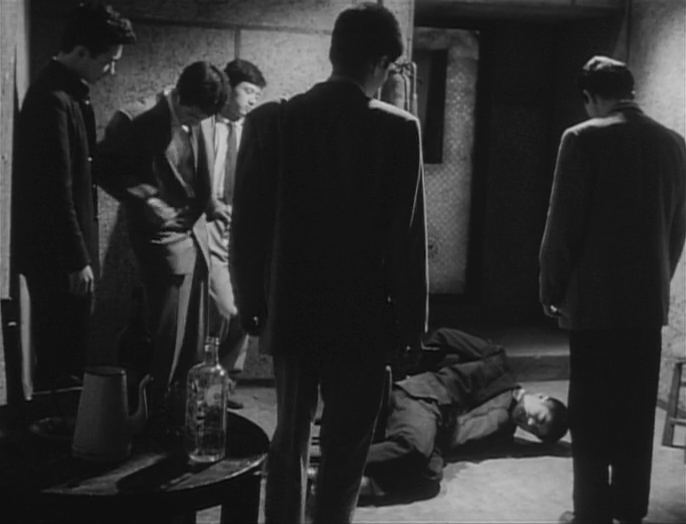 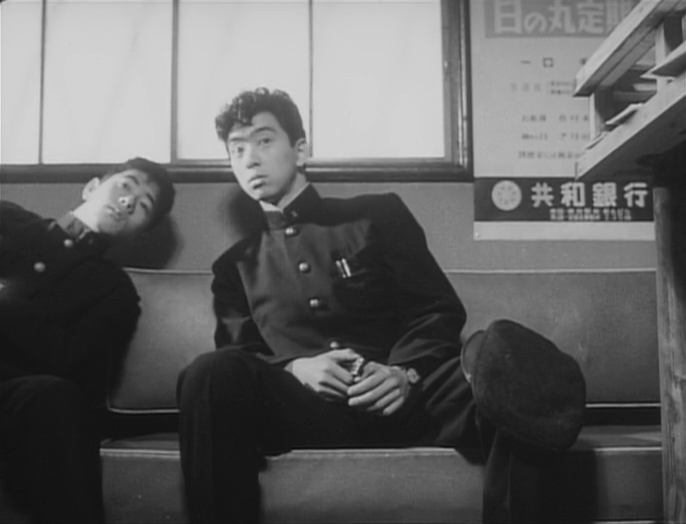 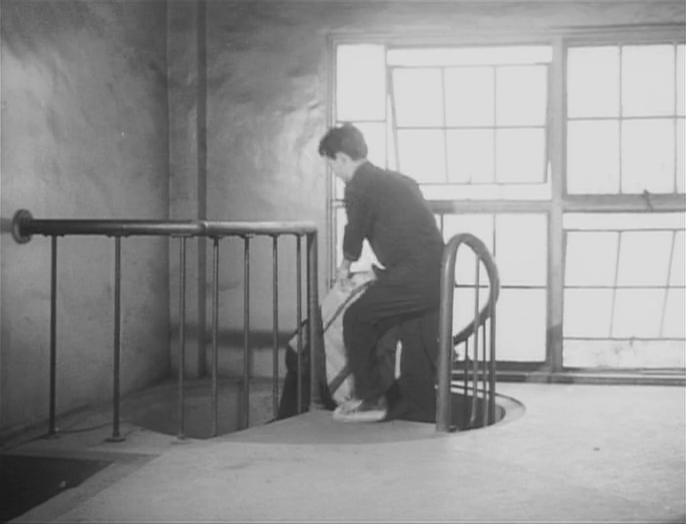 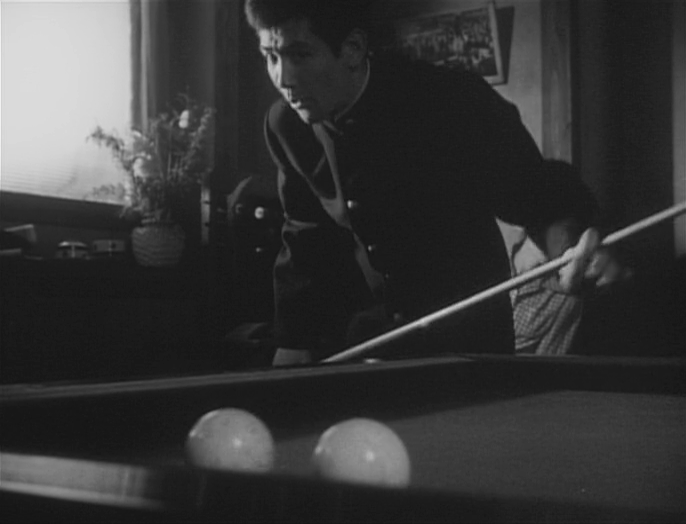 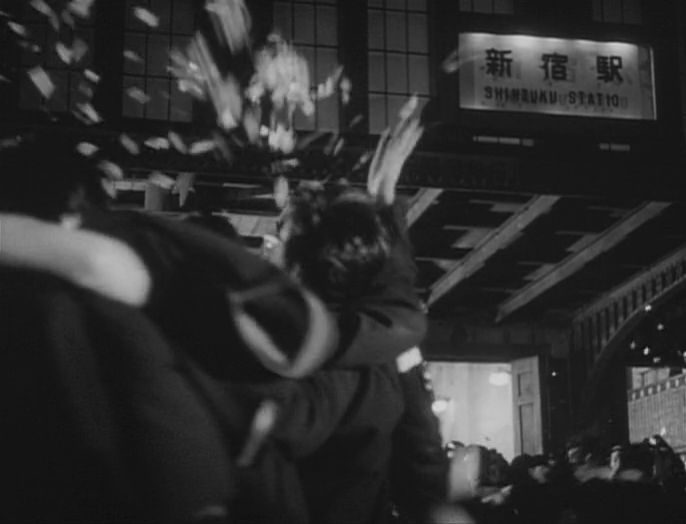