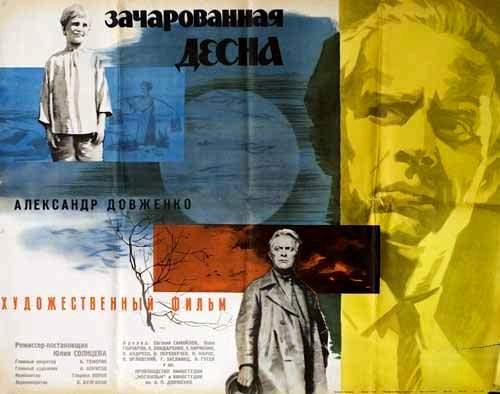 Jonathan Rosenbaum’s comments on first seeing the film:
May 26, 1972: A screening of Julia Solntseva’s THE ENCHANTED DESNA (1964) at the Cinémathèque. Here is another Russian masterpiece that, like ENTHUSIASM, rarely gets shown, is ignored in most film literature, and on first glance seems to outdistance nearly all the “official” Russian classics.First glances are often deceptive; but how can we verify them when the films remain so difficult to see, and are so seldom spoken about? Indeed, if it hadn’t been for Godard’s enthusiastic reference to DESNA in a 1965 interview, I might never have gone. But surely it is one of the most ravishing spectacles ever made, an ecstatic riot of color and sound that uses 70mm and stereophonic recording with all the freedom and imagination of an inspired home movie.

Completing a trilogy of films derived from posthumous Dovzhenko texts by his widow, DESNA desribes a Ukrainian village in the early 1900s as an extended parenthetical flashback between vistas of the modern dam that replaces it.If I understood the untranslated credits correctly, the film is labelled as being “by Alexander Dovzhenko,” but presumably this is a convention similar to that of listing Stanislavsky as the director of contemporary Moscow productions of The Cherry Orchard. DESNA uses one of Dovzhenko’s autobiographical texts, and contains such familiar features of his kingdom as sunflowers and taking horses, but as Barthélemy Amengual points out, the images remind us more of paintings by Brueghel and the Russian post-impressionists than of shots from ZVENIGORA and ARSENAL. And the adventurous uses of sound seems to come from an intelligence even wilder than the one who made AEROGRAD and SHORS.

It is tempting — but misleading — to reduce the problem to a formula (e.g., Solntseva = Dovzhenko²). DESNA is less an extension of Dovzhenko than a giddy dream inspired by him, like Paradjanov’s SHADOWS OF FORGOTTEN ANCESTORS. The astonishing landscape shots that permeate the film — a moonlit lake and sky suffused in green, a field rapidly traversed by the camera as though by a plow — seem to have no precedents in Dovzhenko’s work. Solntseva has gone on record as saying, “If Dovzhenko had lived, I would never have become a director. All that I do I consider as `propaganda, defense, and illustration’ of Dovzhenko.” Be that as it may, I find THE ENCHANTED DESNA probably more exciting and beautiful than any Dovzhenko film since EARTH. If Solntseva’s talent be treason, then let’s make the most of it. 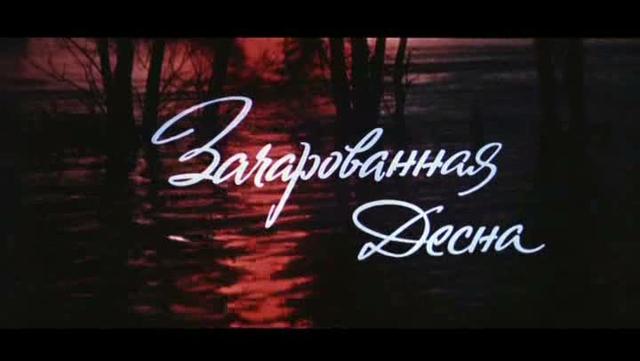 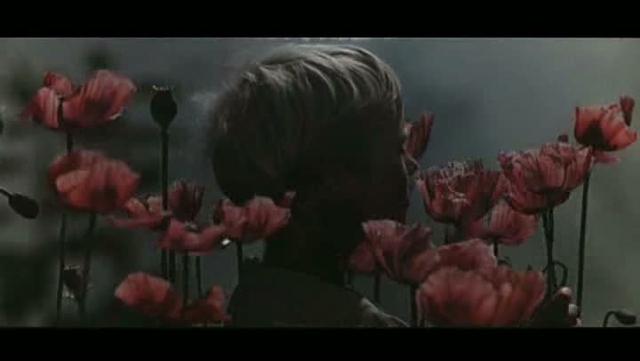 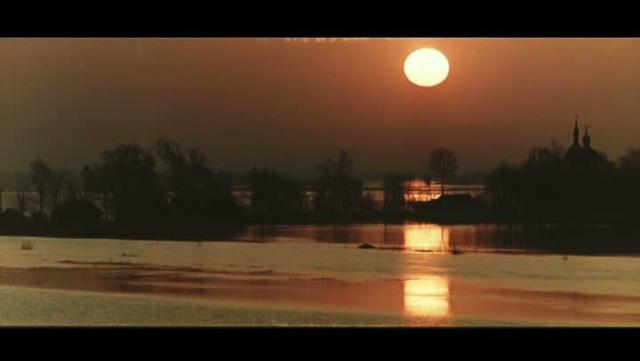 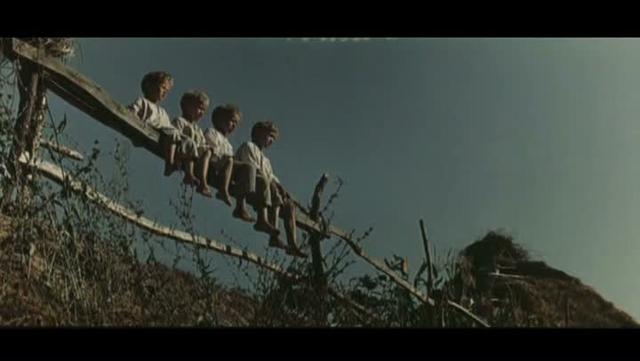