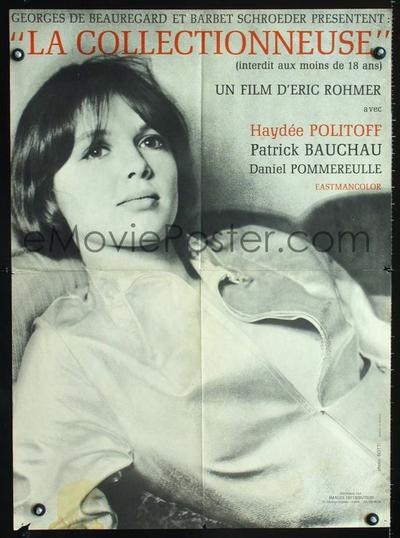 Synopsis
A bombastic, womanizing art dealer and his painter friend go to a seventeenth-century villa on the Riviera for a relaxing summer getaway. But their idyll is disturbed by the presence of the bohemian Haydée, accused of being a “collector” of men. Rohmer’s first color film, La collectionneuse pushes the Moral Tales into new, darker realms. Yet it is also a grand showcase for the clever and delectably ironic battle-of-the-sexes repartee (in a witty script written by Rohmer and the three main actors) and luscious, effortless Néstor Almendros photography that would define the remainder of the series.

Review
Eric Rohmer’s “La Collectionneuse,” which opened yesterday at the 72d Street Playhouse, is, in terms of actual chronology, the third film that Rohmer made in his projected cycle of Six Moral Tales, all variations on the theme of the man who, in love with one woman, is momentarily attracted to another.
“La Collectionneuse” was made in 1967, before “My Night at Maud’s” (which was supposed to be produced before “La Collectionneuse” but was delayed because Jean-Louis Trintignant was not available), and before “Claire’s Knee.” Although it is an early work, it has the appearance of a late work, almost of a last work, as if the manners, attitudes and interests of “My Night at Maud’s” and “Claire’s Knee” had been worn out, leaving the exhausted shell of parody.
The film, of course, is neither a last work nor a parody, but a kind of overture to the two superb movies that were to follow it. However, because most of the criticism that was wrongly directed at “Maud” and “Claire” can be somewhat more rightly applied to “La Collectionneuse,” I can recommend it only to those moviegoers who are already convinced (as I am) that Rohmer is one of the most original and independent directors at work today. For the uninitiated, it will be a lovely, arid bore.
The time is (once again) summer, and the setting is the south of France, a vacation villa near Saint-Tropez inhabited by Adrien (Patrick Bauchau), the film’s narrator, a handsome esthete who works occasionally as an antiques dealer but who says, more accurately, that his life is his work; Daniel (Daniel Pommereulle), a painter who doesn’t paint, and Haydée Haydée Politoff), a magnificently constructed young woman who sleeps around the neighborhood with an instructive, careless ease that’s most disturbing to the elevated sensibilities of the two men.
Adrien and Daniel tease and ridicule Haydée and nickname her “the collector.” Adrien, whose mistress is spending the summer in London, is at first simply annoyed by Haydée’s sexual presence, since she makes it difficult for him to concentrate on his vacation schedule of doing nothing well. Haydée, however, is not easily ignored, and when Daniel begins a lethargic affair with her, Adrien’s defenses are such that he interprets it as part of her scheme to seduce him.
Adrien is very much the early prototype for Jean-Louis of “My Night at Maud’s” and Jerome of “Claire’s Knee,” an intellectual with an almost obsessive distrust of idle passion, as if idle passion equals disorder, chaos and the collapse of civilization, and is, therefore, the ultimate immorality. Like Jean-Louis, Adrien is drawn, against his will, toward this other woman. This time, however, it’s a very minor skirmish. His triumph – through a fortuitous accident that allows him to exercise his free choice – is of almost indecently limited application.
Much of the comedy in “La Collectionneuse,” as in Rohmer’s later films, is provided by the otherwise aware hero’s elegant self-deceptions about his own motives, followed by his dimly seen perceptions of what could be another truth. In this context, it is a momentous event (and, comparatively speaking, momentously funny) when Adrien begins to have doubts about the affair of Haydée and Daniel. “I couldn’t be sure,” he tells himself with complete seriousness, “that their complicity was entirely for my benefit.”
Almost everything in “La Collectionneuse” is of a slightly more gross and less interesting order than in “My Night at Maud’s” and “Claire’s Knee.” Everything, that is, except Nestor Almendros’s camerawork, which is as susual, beautiful. It’s as if the film were a kind of living notebook for what Rohmer was to do later, with greater ease and refinement. It’s no mere coincidence that in his last film Rohmer was able to say about all he had to say with Claire’s right knee, but when he introduces Haydée, in a bikini, his camera has to make a complete inventory of her – thigh, small of the back, arm, nape of the neck, and both knees.
There is a certain chilliness and lack of spontaneity to all of the performances, especially Bauchau’s, which, I suspect, has as much to do with the tiny scope of the film as to the actor’s talents. “My Night at Maud’s” and “Claire’s Knee” suggest living worlds outside the films’ rarefied milieus, whereas “La Collectionneuse” exists in splendid, arrogant isolation. Adrien is tiresome. Daniel is enigmatic, and Haydée is sweet, and great to look at, but, after a while, sadly commonplace.
A note of interest to local film buffs: the Seymour Hertzberg who is listed in the credits (he plays Sam, the American art collector whom Adrien solicits), is the nom d’écran of Eugene Archer, a former New York Times film reviewer who, I’m told, has absolutely no intention of acting again. He is an excellent reviewer.
Vincent Canby, New York Times, April 26, 1971 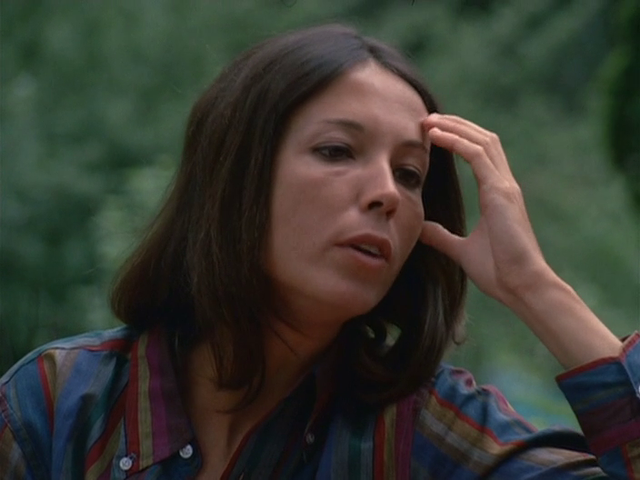 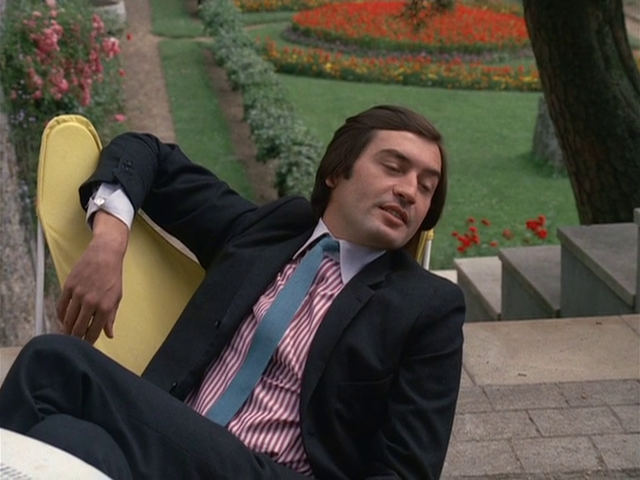 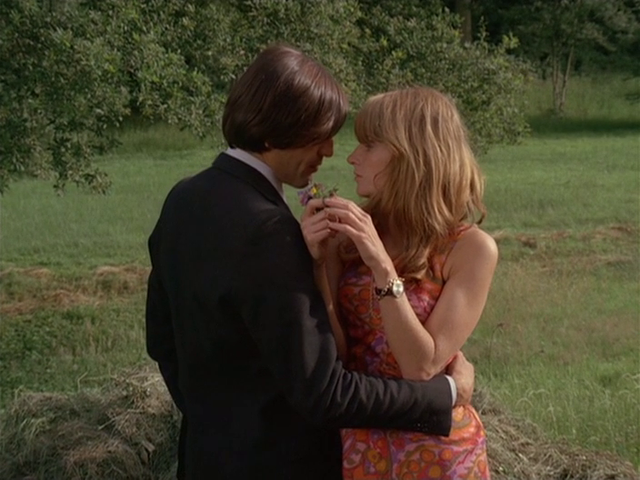 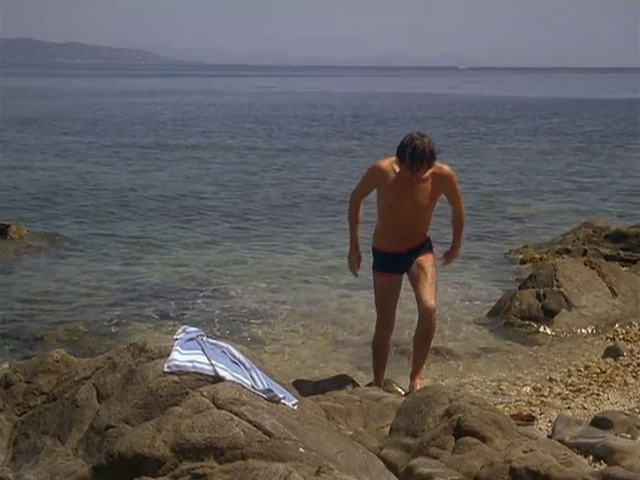 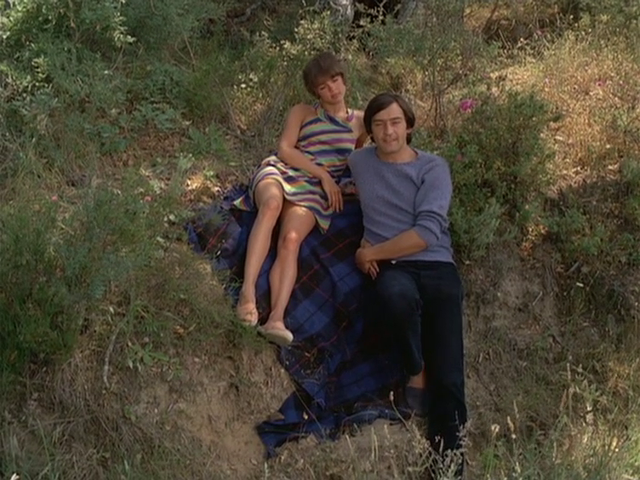 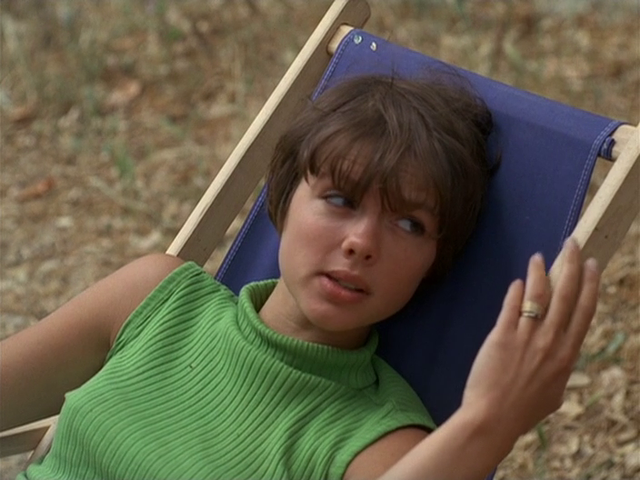 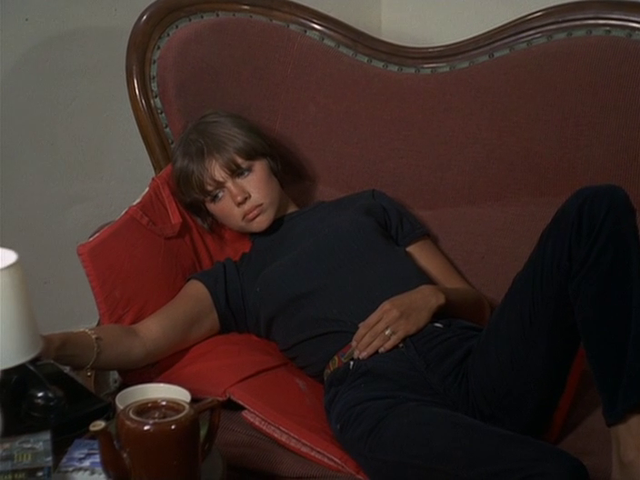 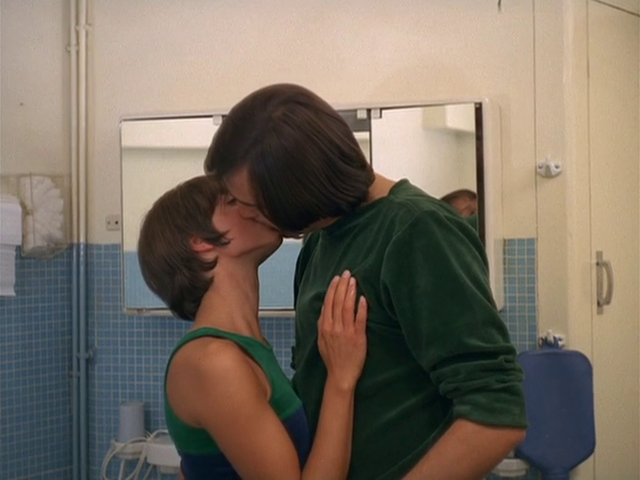