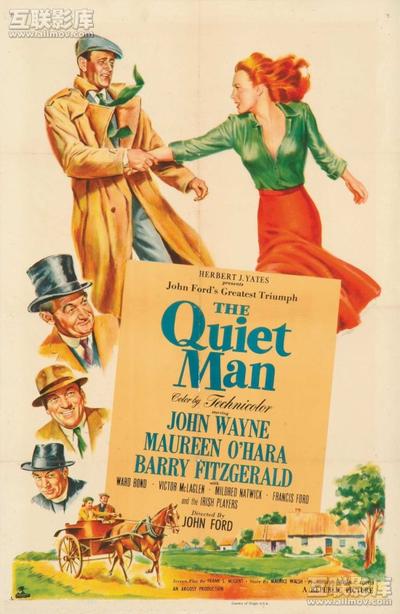 The Quiet Man is a 1952 American Technicolor romantic comedy-drama film. It was directed by John Ford and starred John Wayne, Maureen O’Hara, Victor McLaglen and Barry Fitzgerald. It was based on a 1933 Saturday Evening Post short story by Maurice Walsh. The film is notable for its lush photography of the Irish countryside and the long, climactic, semi-comic fist fight between Wayne and McLaglen. It was an official selection of the 1952 Venice Film Festival.

CAST NOTES
Charles Fitzsimons and James Fitzsimons were Maureen O’Hara’s real life younger brothers. In this film, James was billed as James Lilburn, though he was later better known as James O’Hara. Barry Fitzgerald and Arthur Shields were also brothers in real life, and Francis Ford was John Ford’s elder brother. Ken Curtis, later of Gunsmoke fame and newly married to John Ford’s daughter Barbara, has a small role as the accordion player.
Wayne brought his four children along on location, and Ford gave them parts in the important race scene in the film:
Michael Wayne, 18, as teenage boy at races
Mary Antonia “Toni” Wayne, 16, as teenage girl at races
Patrick Wayne, 13, as teenage boy at races
Melinda Wayne, 12, as young girl at races

PRODUCTION
The film was something of a departure for Wayne and Ford, who were both known mostly for Westerns and other action-oriented films. It was also a departure for Republic Pictures, which backed Ford in what was considered a risky venture at the time. It was the first time the studio, known for low budget B-movies, released a film receiving an Oscar nomination, the only Best Picture nomination the studio would ever garner.

Ford read the story in 1933 and soon purchased the rights to it for $10. Republic Pictures agreed to finance the film with O’Hara and Wayne with Ford directing, only if all three agreed to film a western with Republic. All agreed and after filming Rio Grande they headed for Ireland to start shooting.

One of the conditions that Republic Pictures placed on John Ford was that the film came in at under two hours total running time. The finished picture was two hours and nine minutes. When screening the film for Republic Studio executives, Ford stopped the film at approximately two hours in: on the verge of the climactic fight between Wayne and McLaglen. Republic executives relented and allowed the film to run its full length. It was one of the few films that Republic filmed in Technicolor; most of the studio’s other color films were made in a more economical process known as Trucolor.

The famous fight between John Wayne and Victor McLaglen had to be filmed carefully, due to McLaglen’s age and failing health.

The film employed many actors from the Irish theatre, including Barry Fitzgerald’s brother, Arthur Shields, as well as extras from the Irish countryside, and it is one of the few Hollywood movies in which the Irish language can be heard.

Filming commenced on June 7, 1951. All of the outdoor scenes were shot on location in Ireland. The inside scenes were filmed toward the end of July at Republic, Hollywood.

The story is set in the fictitious community of Innisfree. This is not the same as the Lake Isle of Innisfree, a place in Lough Gill on the Sligo-Leitrim border made famous by poet William Butler Yeats, which is a tiny island. Many scenes for the film were actually shot in and around the village of Cong, County Mayo, on the grounds of Cong’s Ashford Castle. Cong is now a wealthy small town and the castle a 5-star luxury hotel. The connections with the film have led to the area becoming a tourist attraction. In 2008, a pub opened in the building used as the pub in the film (it had actually been a shop at the time when the movie was shot); the pub hosts daily re-runs of the film on DVD. The Quiet Man Fan Club holds its annual general meeting in Ashford Castle each year. Other locations in the film include Thoor Ballylee, Co. Galway, home of poet W.B. Yeats for a period, Ballyglunin railway station near Tuam Co. Galway, which was filmed as Castletown station, and various places in Connemara Co. Galway and Co. Mayo. Among those are Lettergesh beach, where the race scene was filmed, the Quiet Man Bridge, signposted off the N59 road between Maam Cross and Oughterard and the “White O’Morn” cottage. The latter is located on R336 south of Maam, but has long fallen into ruin.

The film also presents John Ford’s depiction of an idealized Irish society, with no social divisions based on class or religion. The Catholic priest, Father Lonergan and the Protestant Rev. Playfair maintain a strong friendly relationship throughout the film – which represented the norm in what was then the Irish Free State. (Religious tensions occurred in the 1930s, but were the norm only in Northern Ireland). The only allusions to Anglo-Irish animosity occur after the happy couple is married and a congratulatory toast expresses the wish that they live in “freedom”, and before the final donnybrook when Thornton demands his wife’s dowry from Danaher. Danaher asks one of the men in the crowd if the IRA had a hand in this, to which the reply was “If it were, not a scorched stone of your fine house would be left standing.”

The film was a financial success grossing $3.8 million in its first year of release. This was among the top ten grosses of the year. It was the seventh most popular movie for British audiences in 1952. 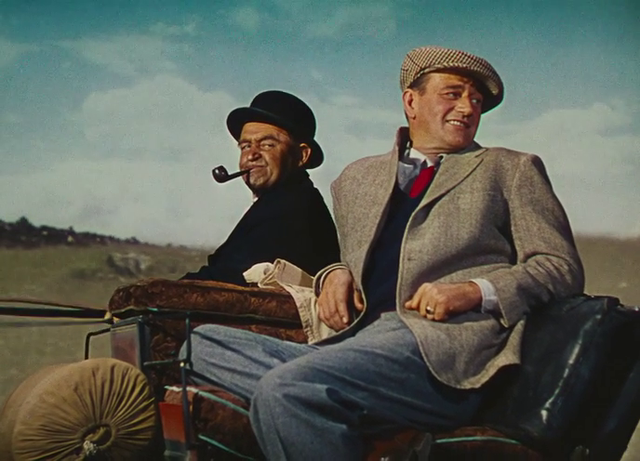 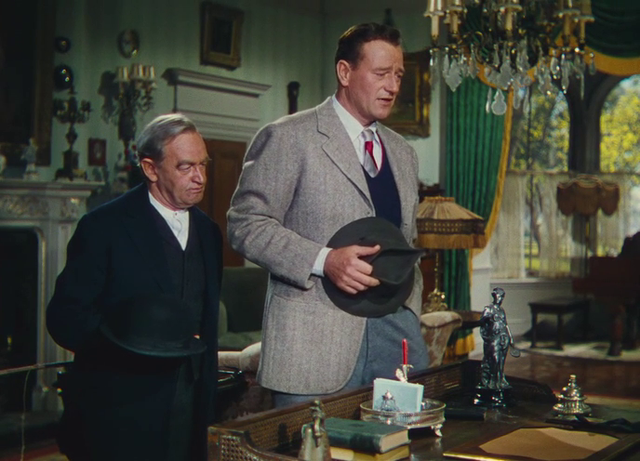 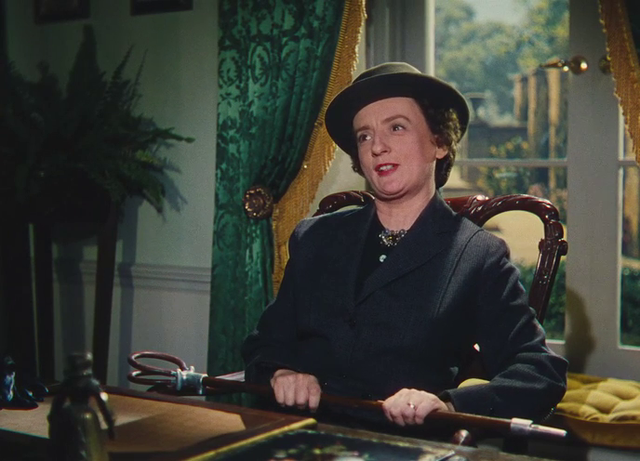 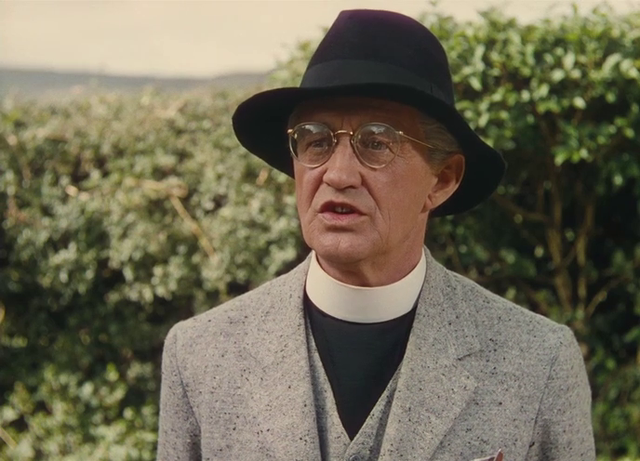 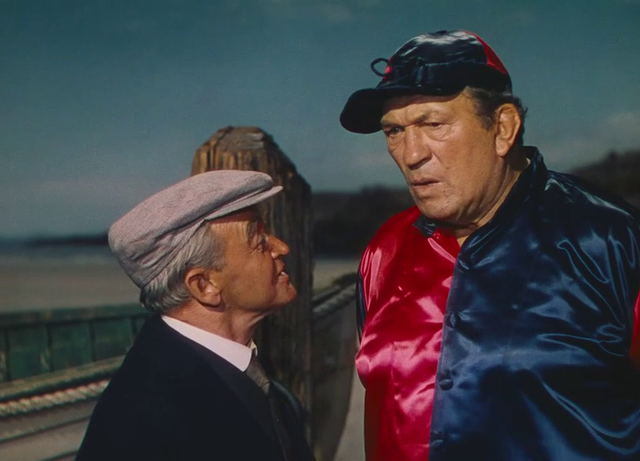 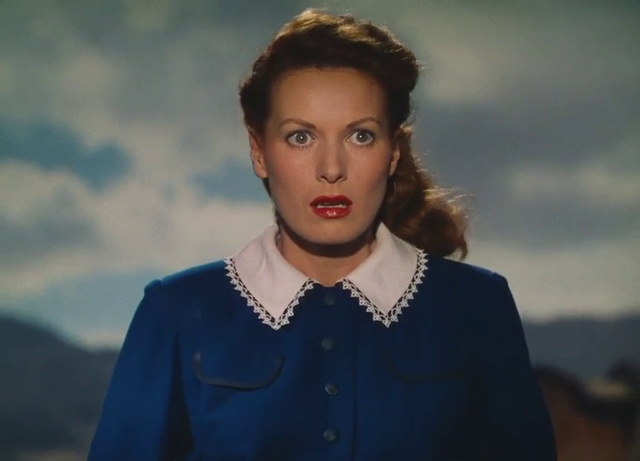 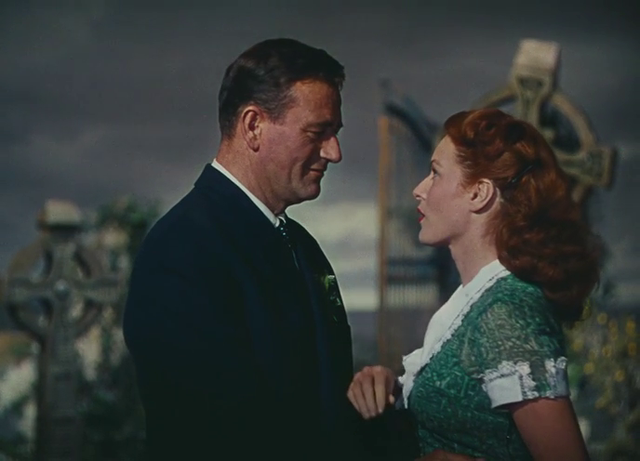