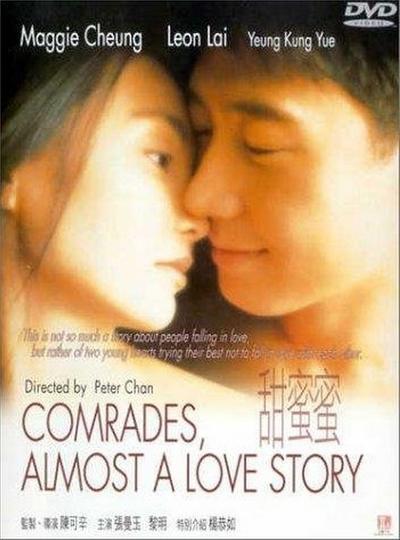 The film’s Chinese title (Tian Mi Mi) is the name of a song by Teresa Teng which plays throughout the film. It translates as “Sweet Honey”, but also implies a close loving relationship. (Leon Lai sings the title song for the ending credits.) The film shows the love that Chinese people have for the famous singer, who died the year before the film was released; the film is considered a love poem in memory of Teresa Teng.

Synopsis:
A pair of Chinese mainlanders, new to Hong Kong, find the city overwhelming. They form an uneasy friendship, and gradually fall in love. Their lives are complicated by ties to their pasts and bad decisions, and different aspirations.

Detailed plot from Wikipedia (contains spoilers):
The film, spanning years, centres on two Chinese mainlanders who migrate to Hong Kong to make a living, but end up falling in love. Leon Lai plays naive Mandarin-speaking northerner Li Xiao-jun, and Maggie Cheung plays Li Qiao, an opportunist Cantonese-speaking entrepreneur from the southern Chinese city of Guangzhou. She takes advantage of other mainlanders because she is at least able to speak Cantonese (the dialect of Hong Kong), whereas most mainlanders speak only Mandarin. The loneliness of living in the big city brings the two into a passionate love affair. But their different ambitions mean that they are unable to be together. Li Xiao-jun wants to bring his fiancée to Hong Kong; Li Qiao just wants to get rich. Eventually, Li Xiao-jun marries his fiancée in Hong Kong, and Li Qiao winds up in a relationship with a mob boss named Pao (played by Eric Tsang). Li Qiao becomes a successful entrepreneur, achieving her Hong Kong dream. In spite of their seemingly separate lives they are still in love, and they have one final tryst in the room they used to share before they are separated again. Burdened by guilt and his love for Li Qiao, Xiao-jun confesses to his wife that he has not been faithful. He leaves Hong Kong, and becomes a cook in the United States. Pao, chased by the Hong Kong police, escapes with Li Qiao to the U.S. as illegal immigrants, but Pao is killed in a mugging shortly after arriving. The film ends with lonely immigrants Xiao-jun and Li Qiao (who has now got her Green Card) fatefully meeting by chance in front of an electronics shop that has a display TV playing a Teresa Teng video, following the news of the singer’s death. 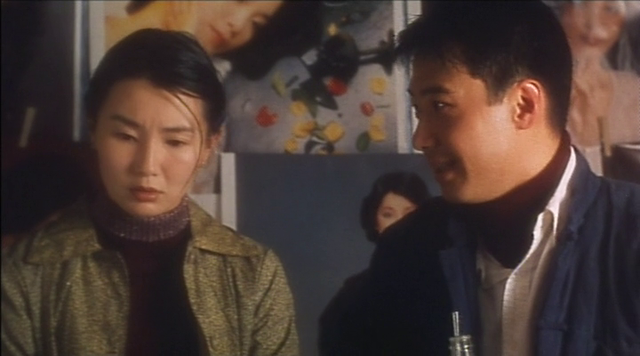 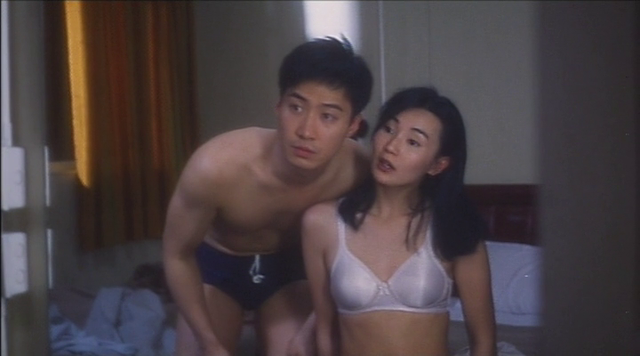 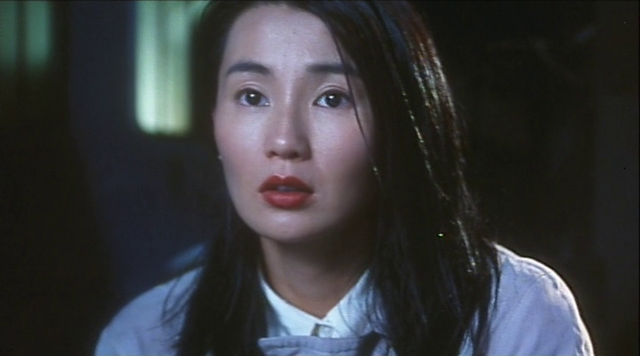 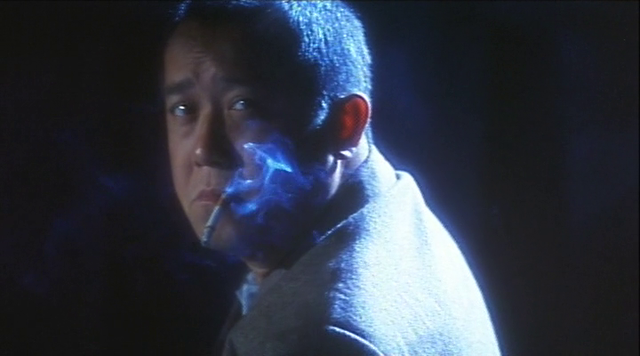 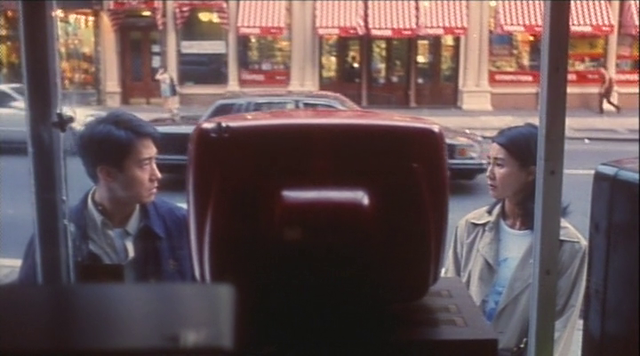