A 19th-century British naturalist falls in love with the beautiful daughter of a wealthy aristocrat, but he soon discovers that her family’s perfect facade disguises unexpectedly grim secrets. Director and co-screenwriter Philip Haas’s adaptation of A.S. Byatt’s Morpho Eugenio eschews the usual gentility of Victorian period pieces in favor of subtle creepiness. The unsettling mood is emphasized by the film’s detailed attention to its protagonist’s scientific endeavors, which center on the study of insects and their behavior.In fact, it is his love of insects that brings William (Mark Rylance) to the well-heeled Reverend Alabaster (Jeremy Kemp), who takes a personal interest in William’s welfare when a shipwreck leaves William practically penniless. William is welcomed into the Alabaster home, and he resumes his entomological studies while courting the reverend’s daughter, Eugenia (Patsy Kensit). Close-up glimpses of insect society parallel this aristocratic world and hint at the dark secrets with which William soon becomes unexpectedly familiar. As in Haas’s previous film, The Music of Chance, an unusual, highly symbolic filmmaking approach creates an effective drama, with the potentially detached intellectualism balanced by unusual characterizations and an absorbing attention to detail.

Philip Haas’ adaptation of A.S. Byatt’s witty, ironic take on the social practices of an aristocratic family in Victorian England is a chilling meditation on the insularity of wealth. However, it focuses on William Adamson Mark Rylance, an impoverished naturalist who has returned from a decade in the Amazon. He becomes a long-term guest of Jeremy Kemp, who has an interest in science, and eventually marries his lovely daughter Eugenia Patsy Kensit. Drawing a not too subtle parallel between the habits of the insect societies Adamson studies and the barbaric mores of his highly civilized patrons, Haas throws the assumed hierarchy of species into question. As in a Henry James’ novel, the characters’ behavior is often oblique and their speech elliptical, yet they point the way to an ugly truth that is soon surmised. Rylance is properly dour and dense as a scientist too myopic to divine his fate, Kensit effective as the butterfly fluttering her wings, and Kristin Scott-Thomas brilliantly ironic as the plain, sympathetic Matty Brompton. Paul Brown’s stunning costume design, particularly for the women, also plays an integral role in the film’s impact. 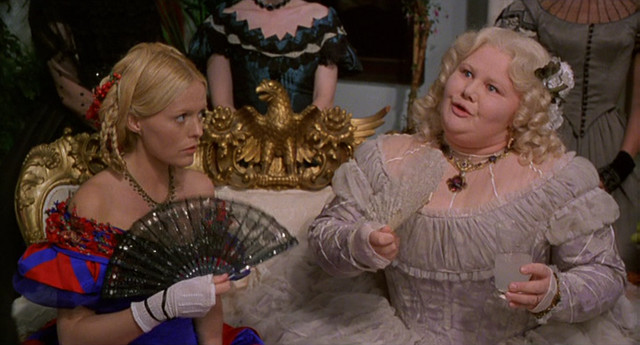 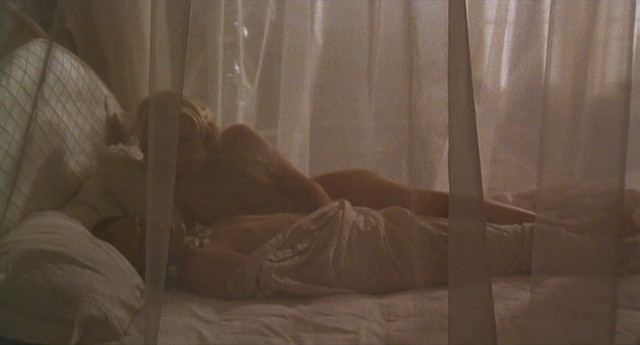 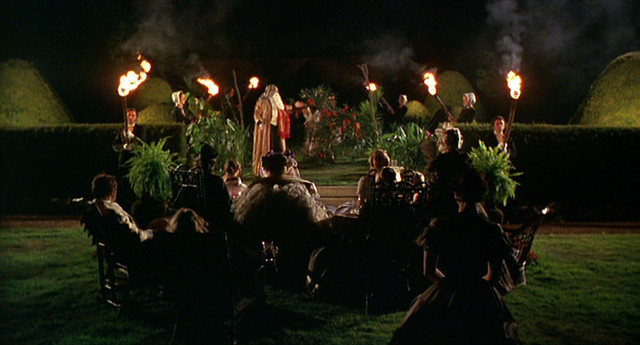 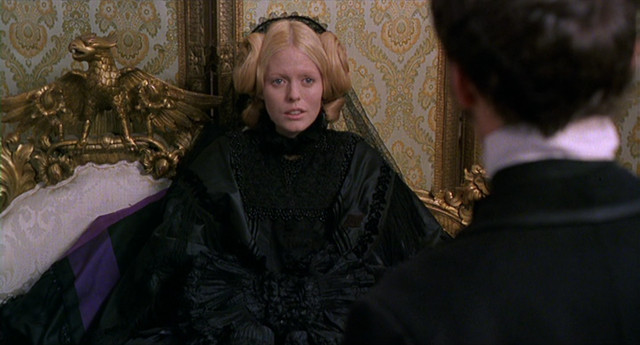