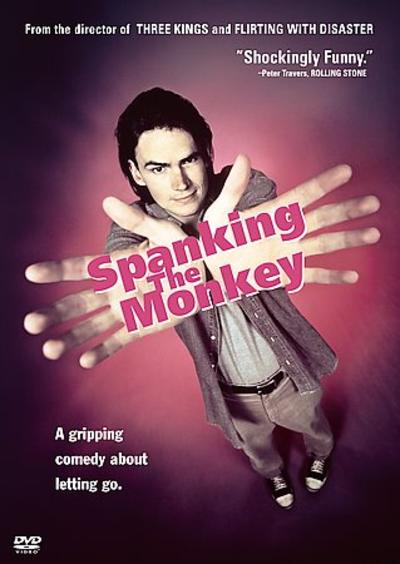 The debut feature from writer-director David O. Russell tells the darkly comic story of a young pre-med student’s nearly unbearable summer vacation. When Ray Aibelli’s promiscuous father orders him to stay home for the summer and care for his mother, who recently broke her leg, he misses out on an incredibly important internship. As Ray struggles with the realization that he’s wasting his summer doing nothing at home, he must contend with an endless string of seemingly insurmountable circumstances, including a failed brief relationship with a young high school student. Things reach their boiling point when Ray and his mother get drunk one night, leading to an incestuous encounter that pushes him over the edge. Humiliated, depressed, and downtrodden, Ray decides to commit suicide to end his troubles forever. Russell’s racy story walks a tightrope between deep psychological drama and taboo comedy, resulting in a highly original tone that keeps SPANKING THE MONKEY from buckling under the pressure. Featuring a standout performance by Davies, as well as Watson, who recalls Anne Bancroft’s Mrs. Robinson in THE GRADUATE, this is one of the 1990’s most auspicious directorial debuts.

A black comedy in the truest sense of the term, SPANKING THE MONKEY tells the tale of Ray (Jeremy Davies), a pre-med freshman who must forfeit a summer internship in order to care for his ailing mother (Alberta Watson). The pressure of being stuck at home threatens to overwhelm Ray, and when a night of drinking leads to a physical encounter with his mother, the only escape he can think of is to commit suicide. David O. Russell’s film successfully balances comedy with drama, making for an unsettling, yet highly gratifying, viewing experience.

SPANKING THE MONKEY won the Audience Award at the 1994 Sundance Film Festival.

“…Davies gives a poignant, emotive performance that tears at the heart. And Watson is magnificent; seductive and overwhelming without losing her character’s human scale…” –Peter Travers, Rolling Stone

“…An unexpected crowd-pleaser….Davies gives an especially deft performance….[Russell] has set himself up as a director able to tackle anything…” –Caryn James, New York Times

“…Affecting and provocative….[Davies’s performance] is the key to what makes this audacious story work…” — Rating: B+ –Lisa Schwarzbaum, Entertainment Weekly

“…Russell has an adept visual sense but what really distinguishes SPANKING THE MONKEY is the acting…” –Peter Rainer, Los Angeles Times

“…The performances are all terrific….Davies is likably natural and sympathetic….Watson and Hendrickson are wonderfully subtle…” –Lloyd Sachs, Chicago Sun-Times

David O. Russell was rattling the cage right from the start. The title of his directorial debut is a common euphemism for masturbation, and its subject matter is the Oedipal relationship between a college-aged son and his bedridden mother. But Spanking the Monkey does not get by on sheer audacity alone. Its complexity far exceeds its shock value; in fact, it’s hard to figure out whether it’s the blackest of black comedies or a drama sprinkled with uncomfortable laughter, leaving video stores at a loss for where to catalog it. That’s due not only to Russell’s finesse with directing absurdist set pieces, such as Ray having to help his mother shower or brush his squirmy dog’s teeth, but also with the scathing details of a screenplay that bleeds a certain twisted truth. Ray is caught in an unending cycle of embarrassment and futility, and it’s reflected in all of his relationships: his exacting bastard of a father, his depressed mother, his mercurial sort-of girlfriend, and his juvenile sort-of friends. Even his dog has an uncanny knack for interrupting Ray during his few “moments alone.” Russell documents Ray’s personal hell with an unflinching eye for discomfort and hopelessness. Jeremy Davies, so memorable as the cowardly soldier in Saving Private Ryan, makes a richly textured starring debut, expertly charting the death throes of the character’s optimism. Alberta Watson, as the other half of the taboo central relationship, gives a remarkable performance as an aging temptress weakly struggling against her own self-loathing. After this risky debut, Russell went mainstream with the hilarious Flirting With Disaster and the incisive Three Kings, but continued to find ways to flout conventions in each of his films. –Derek Armstrong, All Movie Guide 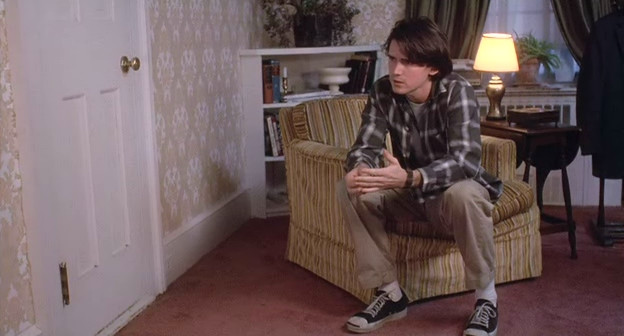 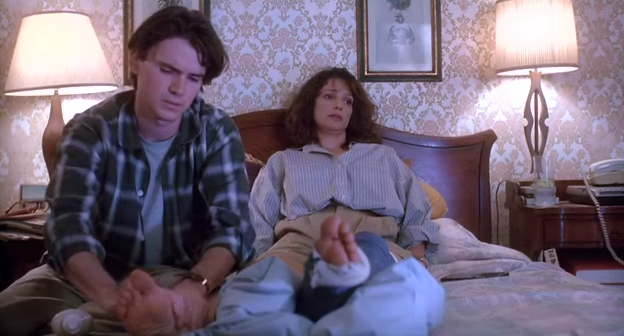 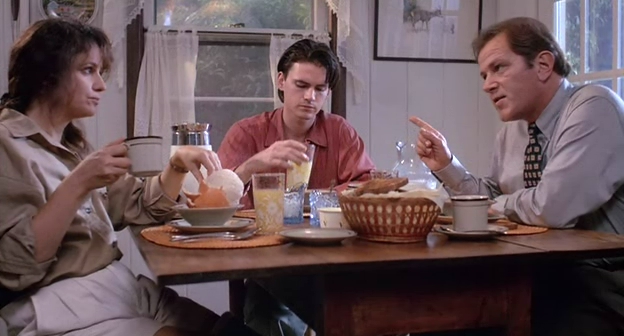 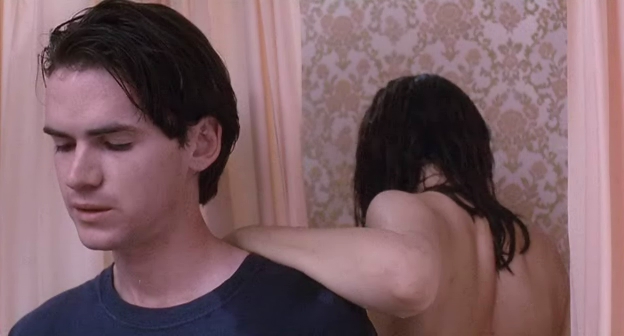