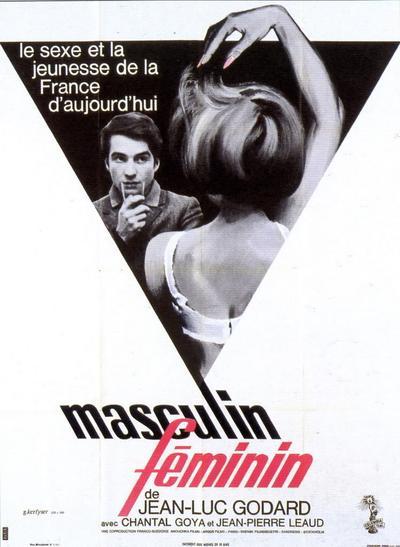 The story follows a young man in his early twenties named Paul (Jean-Pierre Léaud) who has just gotten out of his required tenure in the French army. He finds himself having difficulty adjusting once more to civilian life, after all, the military was all that he really knew for the last few years of his life. To help find his way back into things, Paul takes up writing and he spends a lot of time putting his thoughts down on paper in a small French café. While killing time in the café one day, by chance Paul meets a beautiful young lady named Madeleine (Chantal Goya) and the two begin talking. As they get to know one another it turns out that she’s an aspiring pop singer who works at a magazine that just so happens to have a use for someone like Paul who is handy with words so she gets him a job.

Soon enough, Paul has fallen for her and while Madeleine does show some hesitation initially, it isn’t long before the two are an item. As is apt to happen with most couples, their small social circles become entwined and they begin hanging out in a group made up of Paul’s old friend Robert (Michel Debord) and Madeleine’s roommates, Elisabeth (Marlene Jobert) and Catherine (Catherine-Isabelle Duport.).

As the central characters get to know one another better and better through various social activities, the divide between Paul and his friends becomes increasingly obvious. He shows great concern over various political issues that are completely irrelevant to his comrades and while he begins to lean towards activism, they seem content in their complacency. Even Madeleine, who he was initially so attracted to, seems void of concern for the relevant social problems that he tries to wrap his head around, and this divide that grows between the two lovers soon causes her to become quite emotional while he, on the other hand, becomes more withdrawn and, in a sense, antisocial. 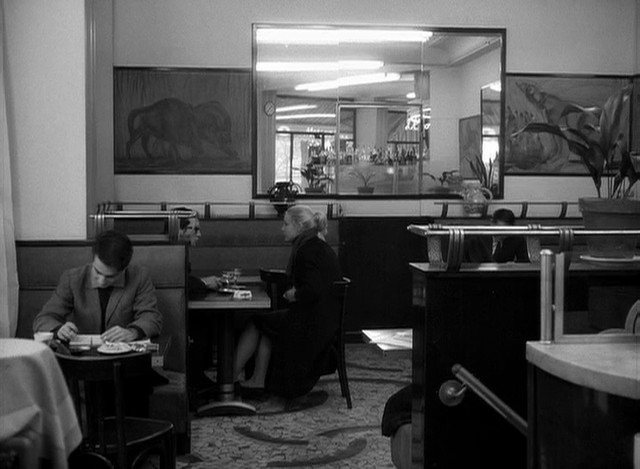 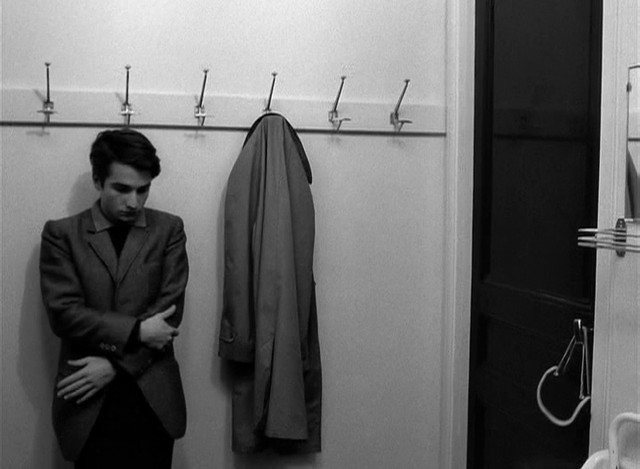 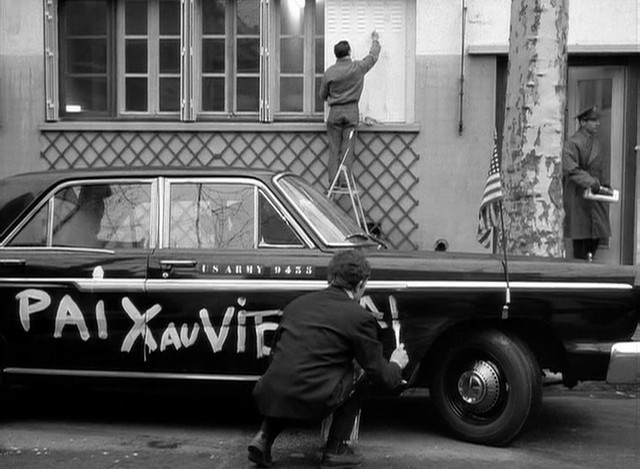 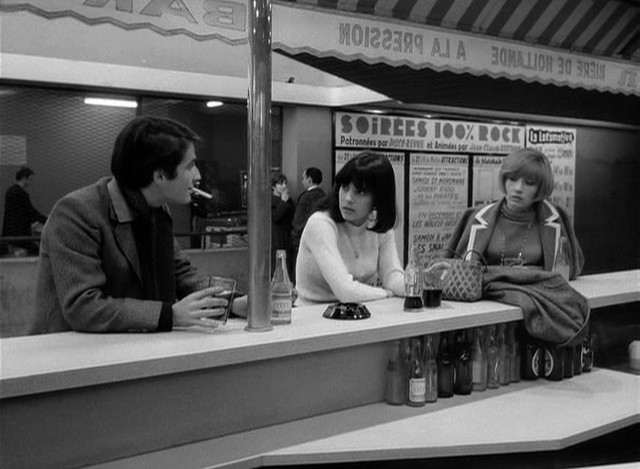 Review:
Jean-Luc Godard’s 1966 “Masculine Feminine,” re-released in a retitled new print at the Music Box Theatre, is one of the quintessential ’60s foreign art films, a bizarre melange of pop music, revolution, sex, movie allusions and poetry. It’s a masterpiece of sorts by one of the most important European filmmakers of that era. But it’s also a movie that can drive you crazy.

That’s because Godard is, especially here, both very classical and very radical, a Jekyll-and-Hyde who adores both pop and high culture. “Masculine Feminine” contains the most famous catchphrase of his career—”The Children of Marx and Coca Cola”— coined by an artist who knows and digs cultural extremes, at least as he saw them in 1966, a volatile year in a fiery decade.

Starring 21-year-old Jean-Pierre Leaud (the lead in Francois Truffaut’s Antoine Doinel films) and 20-year-old pop music star Chantal Goya, along with a cameo cast that includes Brigitte Bardot and Francoise Hardy, it’s a youth film of extraordinary depth and range, shot in an improvisatory style that at once embraces documentary tactics, genre moviemaking and absurdist theater.

At the center of the movie is a funny-sad love story between Leaud as moody, intense Paul and Goya as fun-loving but blank-faced aspiring pop idol Madeleine (an affair that also involves Madeleine’s two roommates). But that anxious romance, set against a backdrop of social and cultural ferment in the Vietnam era, never goes in any direction you can predict—and its ending is so shocking and abrupt, you’re caught unawares.

The images are lustrous black and white, the scenes often appearing to be made up as we watch. Godard seems to be winging it, even talking directly to us in his deadpan commentary titles.

There’s also an austerity about “Masculine Feminine.” The exquisitely crafted long-take scenes suggest a revolutionary longing for traditional roots, as do the many allusions or quotations Godard keeps throwing in—ranging from Mozart to The Beatles, from Guy de Maupassant (who wrote the stories “La Signe” and “La Femme de Paul” that Godard loosely adapts here) to Bob Dylan. Topical references touch on Brazilian protests, Andre Malraux’s appointment as French arts minister, and Vietnam War demonstrations, in which Leaud’s Paul avidly participates (and which Leaud supported in real life).

“Masculine Feminine” is a terrific time capsule. Yet fans of Godard may find it impossible to watch now without recalling that he later embraced, then rejected, revolutionary politics—and that his films as a committed Marxist (“Weekend” excepted) were mostly didactic and hollow. (“Wind from the East” was almost unwatchable then.) “Masculine Feminine” shows Godard on the brink—the magpie, the master of many allusions—and we see he’s better when he gives vent to both his sides.

The film also has a fascinating subtext. It’s become Godard’s covert portrait of his old “Cahiers du Cinema” colleague Francois Truffaut, who was first his fast friend, later his enemy and, finally, the dear deceased comrade to whom he paid moving tribute in the recent book collection of Truffaut’s letters (one of them a ferocious post-1968 blast at Godard).

Godard and Truffaut were, in a way, the Lennon and McCartney of the French movie New Wave. Like Lennon, Godard was a late-blooming radical who abandoned his initial popularity (the enormous success of his debut film “Breathless”) for polemics and protest. Like McCartney, Truffaut was a naturally popular and populist moviemaker, who always felt compelled to seduce his audience anew—and always could.

So Leaud’s Paul, in “Masculine Feminine,” is from one angle an alter ego of the Antoine Doinel character Truffaut introduced in “The 400 Blows.” (At one point, Godard’s Paul uses the pseudonym “General Doinel.”) But Paul is also Truffaut, with whom he shares military troubles, cinematic purism and an obsession with sex. And, of course, he’s Godard as well. As a variant of the Doinel character, though, he’s sometimes more convincing than the real thing; one can see the rebellious kid of “400 Blows” evolving into radical Paul more easily than turning into the bourgeois striver of Truffaut’s follow-ups “Stolen Kisses” and “Bed and Board.”

Another famous catchphrase of the ’60s argued that the personal was always political and vice versa. Few illustrate that more fully than Godard. Today, however, it is the politics that provide the context and atmosphere of “Masculine Feminine,” the emotions that reveal its heart. “The Children of Marx and Coca Cola” may have gone, but “Masculine Feminine” still lives. 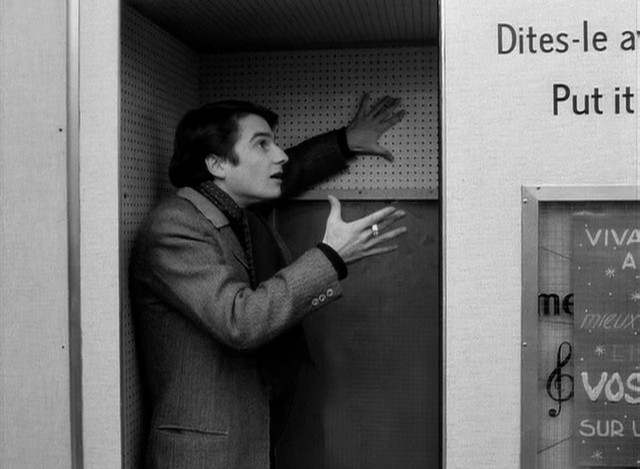 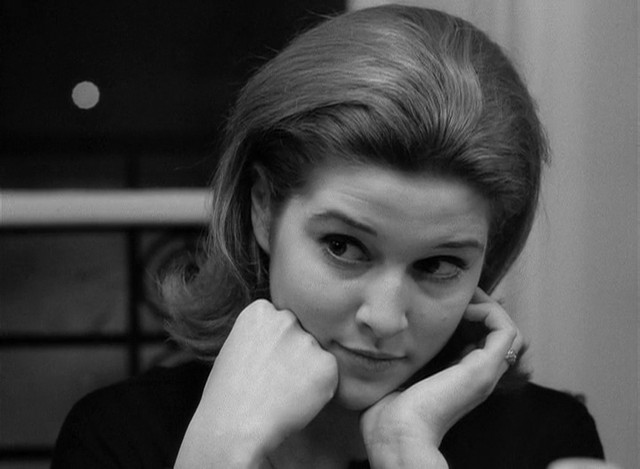 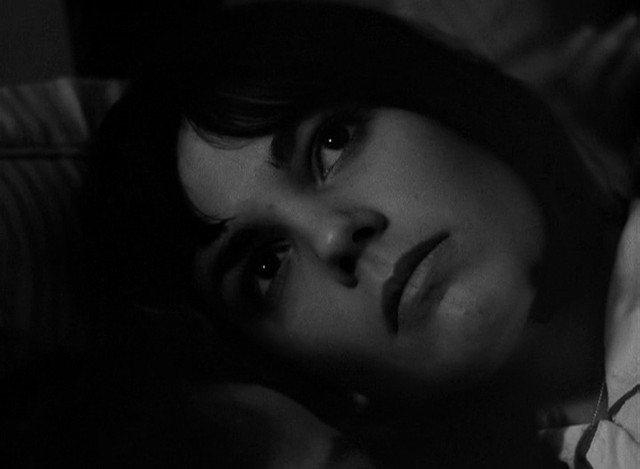 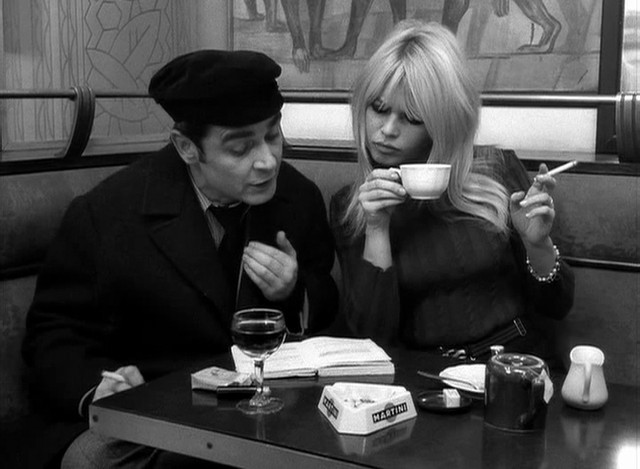 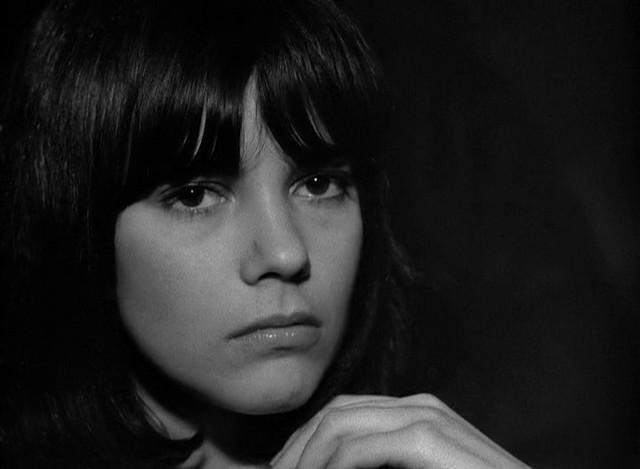 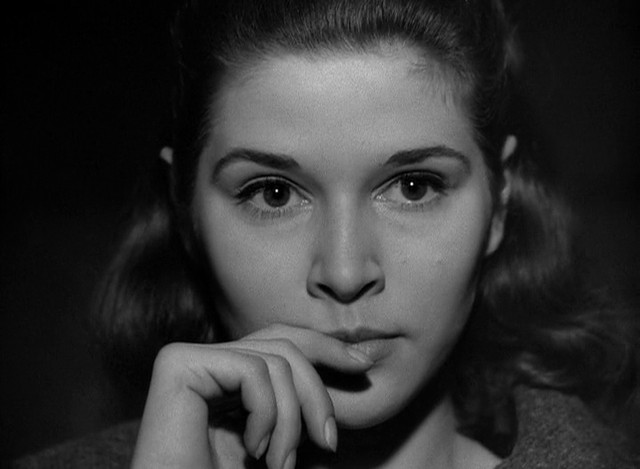 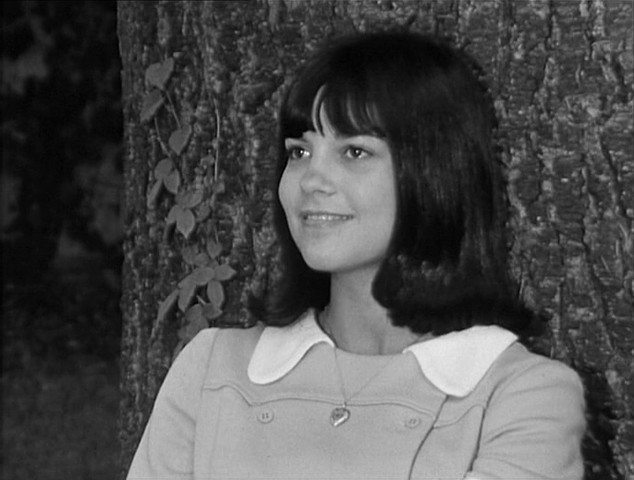 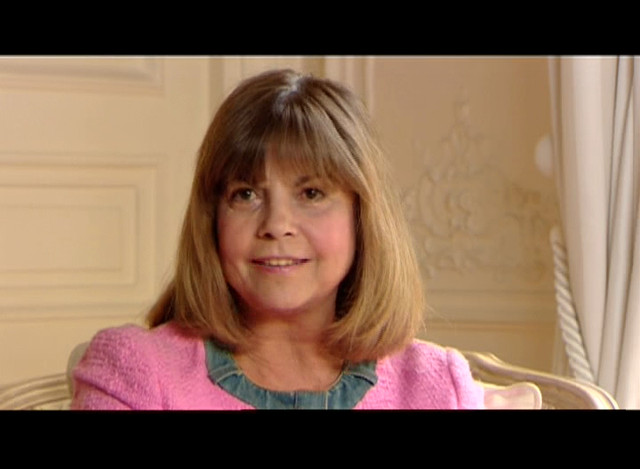 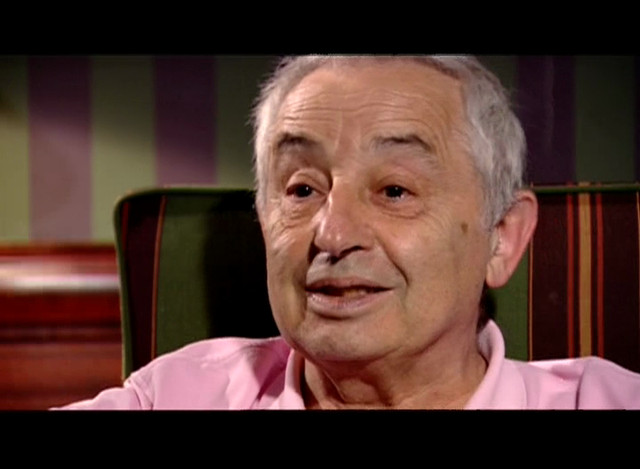 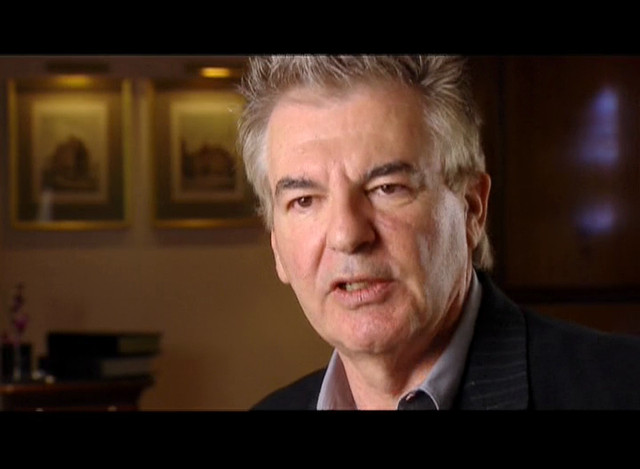 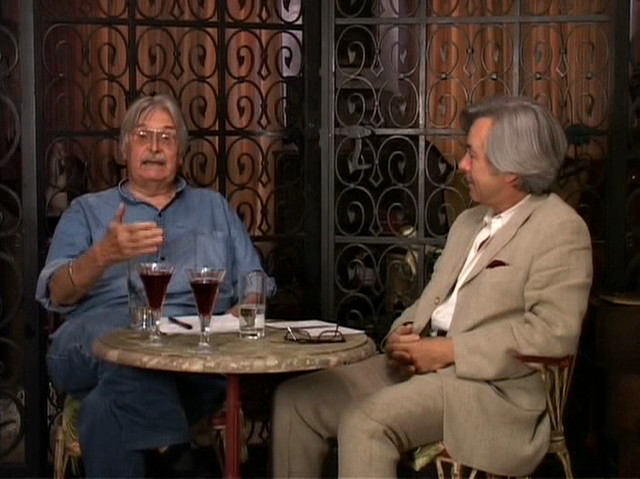 6. Swedish television footage of Godard directing the “film within the film” scene 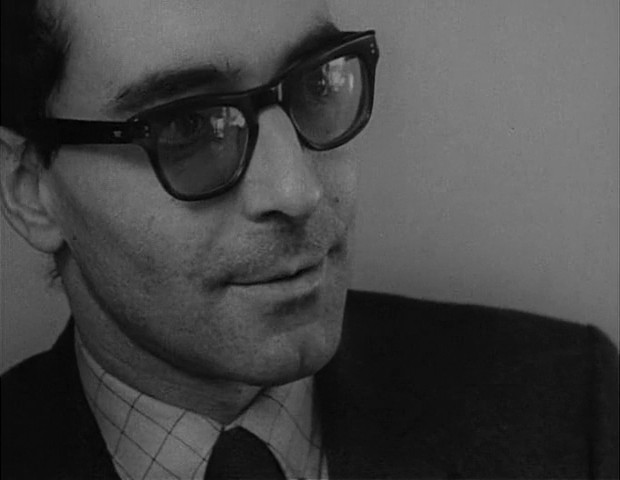