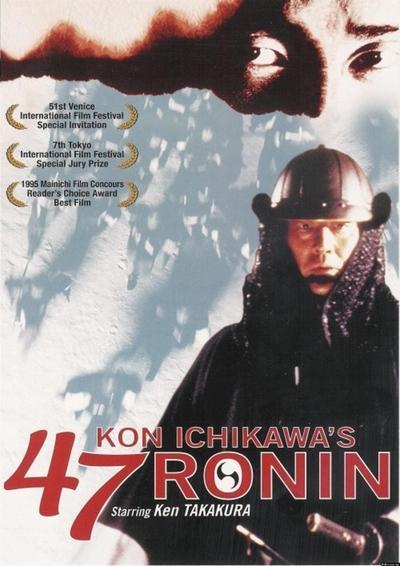 Synopsis:
In Japan in 1701, Asano, the daimyo of Ako, assaulted Kira (Rie Miyazawa), an official of the Shogunate, in Edo Castle, for which offense he was ordered to commit suicide. The following year, one of Asano’s former retainers, Kuranosuke Oishi (Ken Takakura), gathers a group of his lord’s other followers and with them plots to take vengeance on Kira, whom he holds responsible for Asano’s death.

Review:
Being that this film bears the 47 moniker, and its Japanese title, Shijushichinin no shikaku, features no mention of Chushingura, one can discern that Kon Ichikawa was very much concerned with the real tale of the 47 Ronin. Furthermore, with his version, Ichikawa, a noted pacifist and iconoclast, sought to take the national myth down a notch or two. In his view, these 47 men were valorous with respect to carrying out their assumed duty, but were still very much flawed everyday men. It’s made no secret that Ichikawa feels Oishi may have forced his group into service, and even relied on insubstantial evidence as motive (the film shows the Edo offense only in flashes, with no concrete description of what offense actually took place). In one of the biggest departures from the regular canon, Oishi succumbs to the temptation of an extramarital affair (with a ditzy cutie pie, no less). In going about this new approach Ichikawa assumes a familiarity with the original events, leaving out a number of standard inclusions that are well enough known, but whose absence may leave those new to the tale scratching their heads. Really, if you haven’t seen another Chushingura film, you probably won’t catch these variants and subtle criticisms.
— Excerpt from DreamLogic review 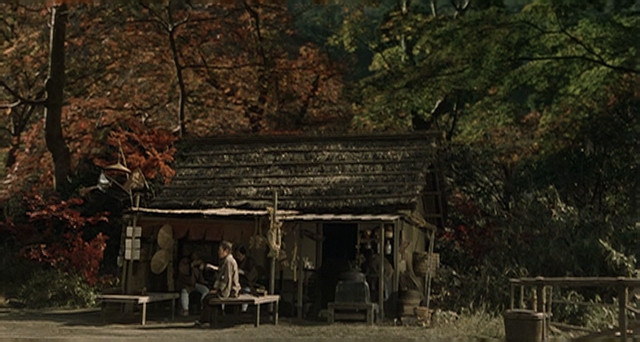 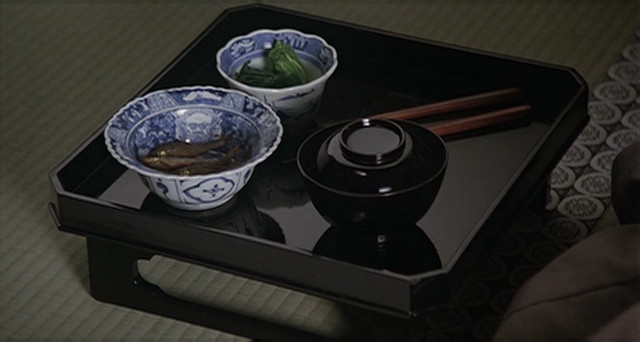 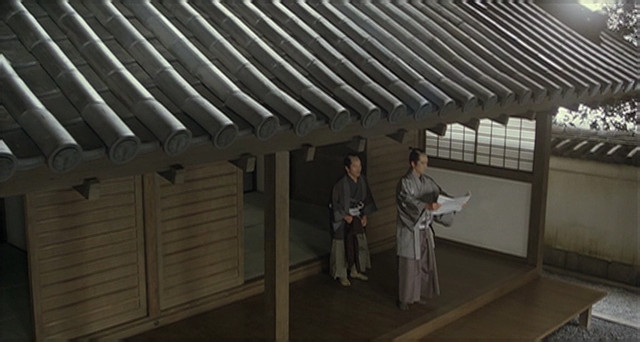 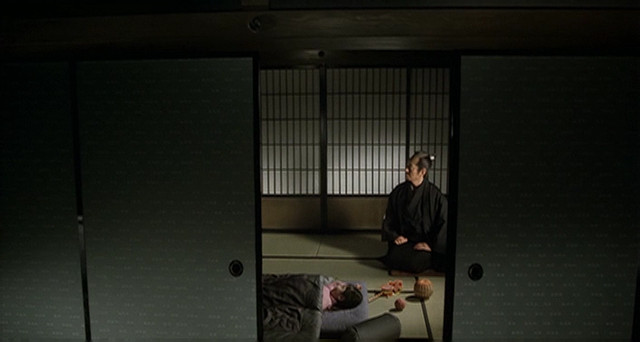 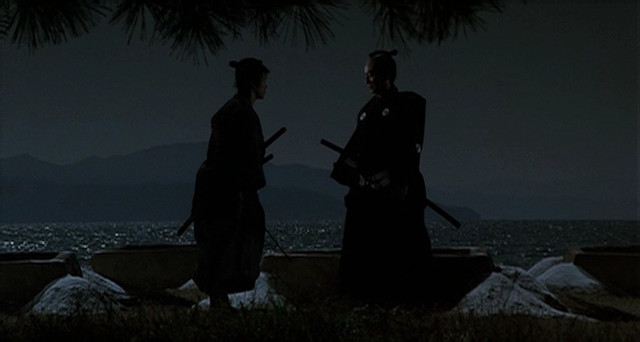 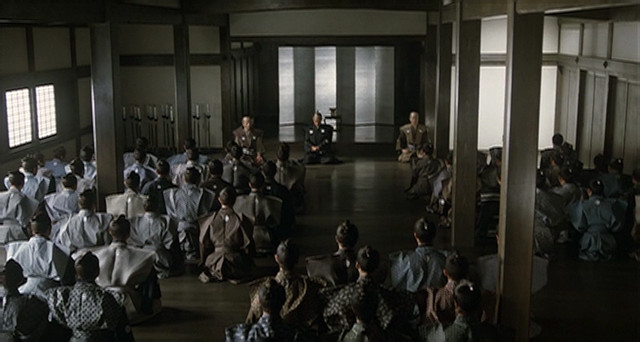 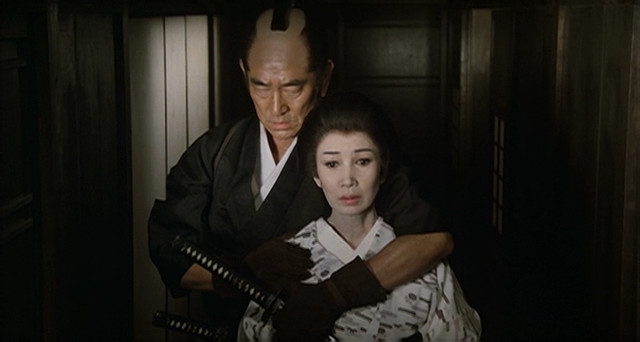