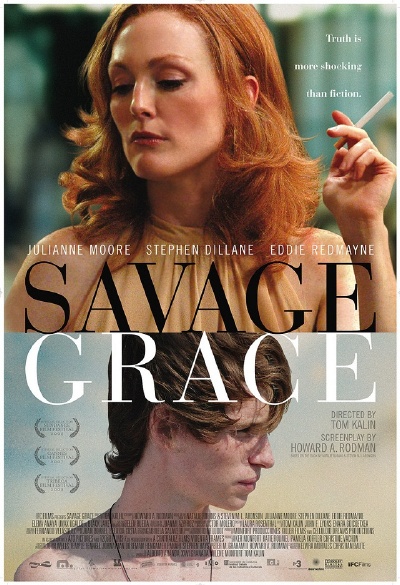 Synopsis:
“Savage Grace,” based on the award winning book, is the incredible true story of Barbara Daly, who married above her class to Brooks Baekeland, heir to the Bakelite plastics fortune. Beautiful, red-headed and charismatic, Barbara is still no match for her well-bred husband. The birth of the couple’s only child, Tony, rocks the uneasy balance in this marriage of extremes. Tony is a failure in his father’s eyes. As he matures and becomes increasingly close to his lonely mother, the seeds for a tragedy of spectacular decadence are sown.

Review:
Based on the real life story of the Baekeland family and the themes of sexuality, socialization, incest, and acceptance, Savage Grace is a richly toned film, but muddles itself in too many inconsistencies to establish what it sets out to accomplish.

The story spans from 1946 to 1972, and follows ex-actress, now socialite Barbara Daly Baekeland (Julianne Moore), who is married to Brooks Baekeland (Stephen Dillane), who is the very wealthy grandson of the actual inventor of plastic. As the film opens in New York City with Barbara now having an infant son named Tony, she still irritates Brooks with her yearning to be accepted in the social rich class society. As the film shifts to numerous European countries and years, a now adult Tony (Eddie Redmayne) sees his parents’ relationship dissolving. Eventually, an ex-fling of Tony named Blanca (Elena Anaya) actually steals away and marries his father. Barbara turns her suffocation for acceptance and happiness to Tony, who struggles to understand his mother and his sexuality. Brooks denounces Tony once he does learn that he is homosexual and Barbara does anything to give him comfort, which includes jumping in bed with him and a bisexual art dealer. Madness and confusion ensues which leads to a tragic and mysterious story of a really challenged and wealthy family.
As one can tell by the synopsis of this film, Savage Grace has a lot of baggage and director Tom Kalin does his best to sort through all of it. Kalin beautifully photographs the film from all the different locations of the family and he does pace the film on its emotions. However, so much indifferent themes hamper the film’s melodrama, and Kalin choices become drenched as well.
Based on the novel by Natalie Robins and Steven M.L. Aronson, screenwriter Howard Rodman also bashes the audience with one more disturbing concept of psycho-biological problem after another. Once Brooks takes off with Blanca, the film shifts to total focus on Barbara and Tony and it almost takes no time to get to the ‘shocking’ climax, with hardly any depth or structural roads to get there. Other choices become bleak as well, such as the drowsy voice over narration by Tony, which supposedly was crucial to the novel, but is a wasted concept in the film. The themes of the film are not for the faint at heart and not for everyone, but it is what happened with this dysfunctional family.
Julianne Moore returns to the screen with her best role in years and she masterfully holds one’s attention as the very complex Barbara. Stephen Dillane is stellar in his few scenes as Brooks, who is embarrassed by his wife and looks for an outlet with his son’s ex-flame. As Tony, Eddie Redmayne struggles with the role and his performance is nearly a cut out cardboard, when his character is the most important to the film. His climatic character discovery is neither surprising nor as effective as the script calls for it to be.
The courage of director Tom Kalin is evident in tackling a story as weird, challenging and disturbing as Savage Grace. The film is made well from a directing standpoint and has a terrific performance by Julianne Moore. However, the script adaptation stumbles and crashes trying to juggle too many elements and structural aspects of this melodramatic real life mystery.
Savage Grace has made its way around the film festival circuit; it opens in the United States on May 30, 2008 and in the United Kingdom on July 18, 2008. 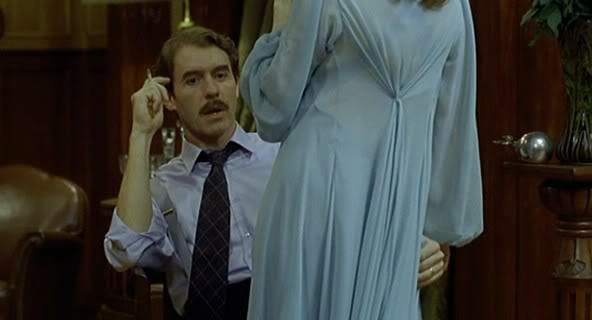 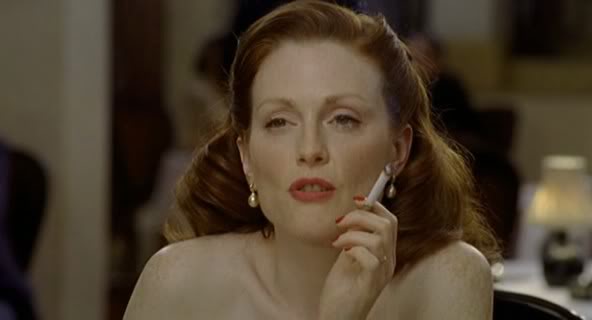 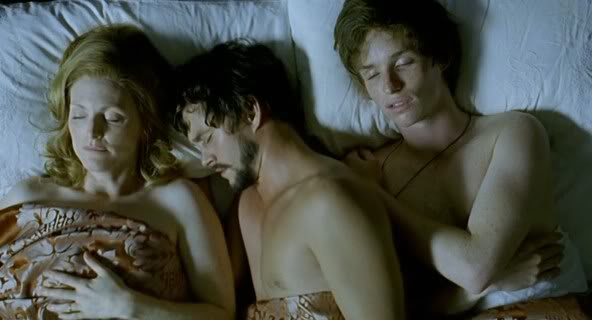 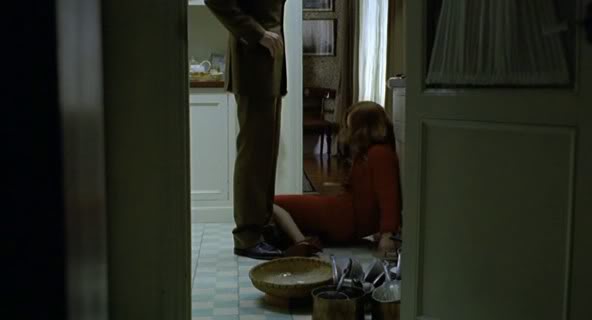