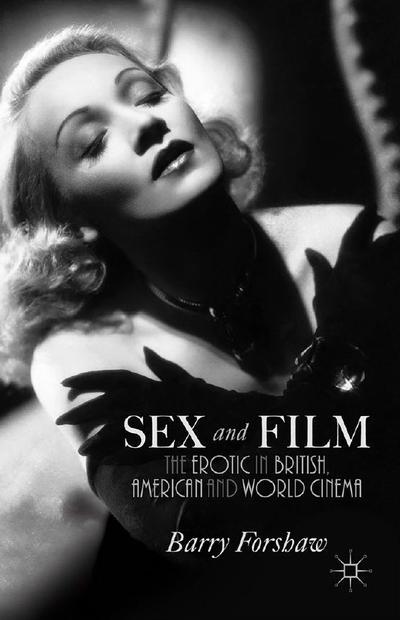 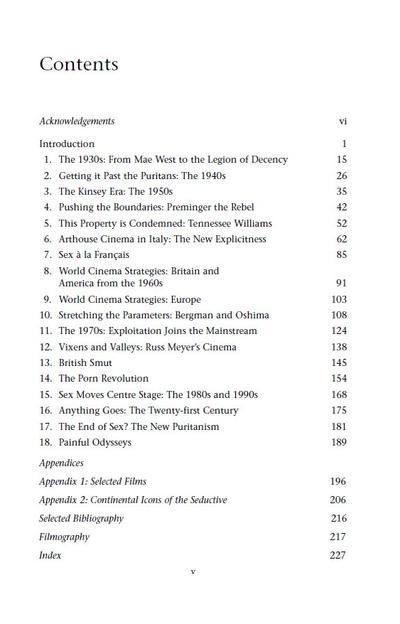 1. The 1930s: Mae West, Garbo, Harlow, Dietrich and the Coming of the Legion of Decency
2. Getting it Past the Bluenoses: The 1940s
3. The Kinsey Era: The 1950s
4. Pushing the Boundaries: Preminger the Rebel
5. This Property is Condemned: Tennessee Williams
6. Arthouse cinema: the New Explicitness
7. Sex à la Français
8. World Cinema Strategies: Britain and America: The 1960s
9. World Cinema Strategies: Europe
10. No Fun Being a Pornographer: Ingmar Bergman and Nagisa Oshima
11. The 1970s: Exploitation Joins the Mainstream
12. Vixens and Valleys: Russ Meyer’s Cinema
13. British Smut
14. The Porn Revolution
15. Sex in the Mainstream: The 80s and 90s
16. Anything Goes: the 21st Century
17. The End of Sex: The New Puritanism
18. Painful Odysseys 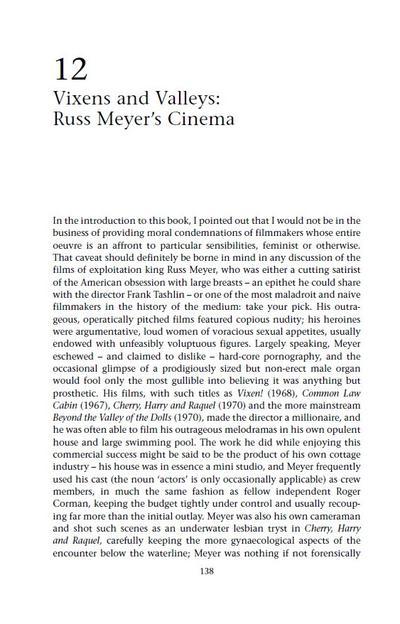 Quote:
‘Forshaw gets under the skin of a topic. His writing is accessible and informed, dripping with detail, drawing on often surprising, striking and illuminating comparisons.’ – Dr Steven Peacock, Reader in Film and Television Aesthetics
‘Barry Forshaw brings his knowledge, intelligence and, above all else, passion to each of his books that expertly offer fresh insights.’ – Stephen Jones, award-winning editor
‘Forshaw is bang on about the films you already know but (even more importantly) makes you eager to track down and watch the lesser-known gems you haven’t seen.’ – Anne Billson, film critic
‘Forshaw offers fresh perceptions and quirky insights drawn from his considerable cultural range.’ – Ramsey Campbell, writer, film critic and editor
‘Barry Forshaw’s studies marry erudition with a film fan’s obvious relish.’ – Stephen Volk, screenwriter and novelist
‘Forshaw discovers many neglected pictures. His books are for pleasure and instruction, and then to keep on the reference shelf.’ – Philip French, The Observer
‘Formidably well-researched and erudite.’ – Daily Mail
‘The real value of this concise and comprehensive history of sex and censorship is the author’s astute psychological assessment of the personalities in front of and behind the camera, as well as those who have attempted to impose their sense of morality on the movies.’ – Good Book Guide 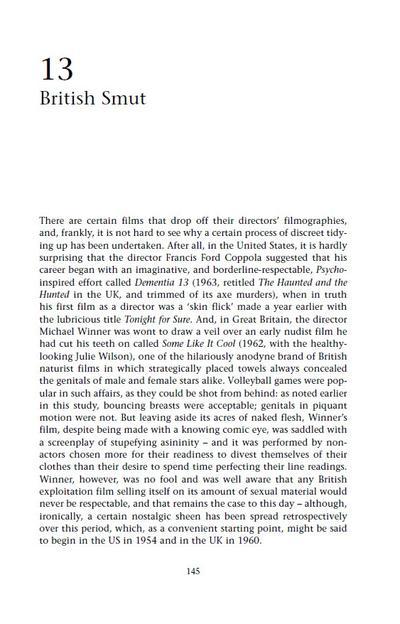 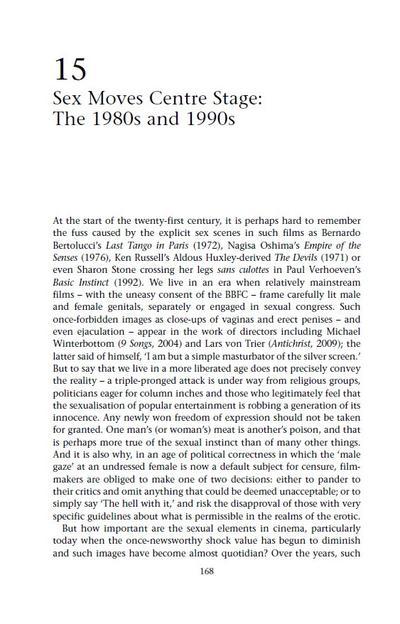