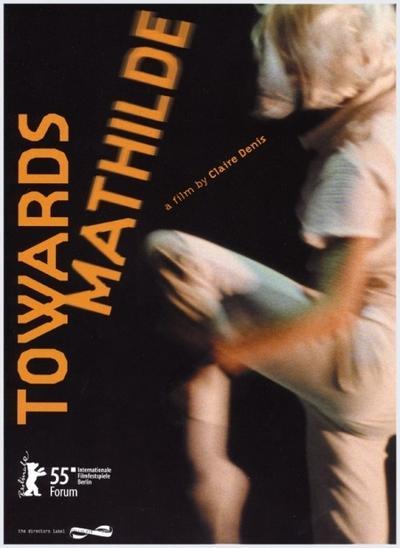 Mathilde Monnier is more than France’s foremost contemporary choregrapher. An explorer of the thorny fields of post-modern theory she has acquired a reputation as a kinetic investigator par excellence. More than just a documentary, this parallel triggered between Claire Denis’s work explores the birth, formulation and performance of a radical new dance piece.

Interview
Why did you film with a Super 8 camera and an Aaton Super 16?

I put to Mathilde the idea of going to see her in Montpellier from time to time, without any organised schedule, but over a period of one year. To begin with, we took a small Super 8 so that it wouldn’t be too expensive and so that Mathilde would see it more as a try-out. I liked the Leica Super 8, because it was very noisy, like a coffee grinder. And I thought, Mathilde will always know when I’m filming, I won’t take her by surprise. I didn’t want to make a documentary on Mathilde Monnier. I wanted to get to know her.

Then, once we’d gone through this baptism of fire with the Super 8, we were able to use an Aaton Super 16, first of all because it was more visible than a digital camera, and then we picked up the sound all the same and I could also use a clapperboard. I wouldn’t have liked to have filmed someone’s personal work without their knowing. Sometimes in feature films, you steal something from an actor, but it’s not theft, it’s an understanding between both parties.

You can only steal what’s given and that’s important to me. Vers Mathilde needed to be like that.

Vers Mathilde is not a portrait of Mathilde Monnier, but a move towards getting to know a friend, a filmed token approach to dance at work.

This film isn’t called Vers Mathilde for nothing, because we found one another in its making. This move « towards » formed a sort of link, because we were too shy with words. I had to take the train, go to Montpellier with our little team, take this step towards her for something to click. The move concluded a sort of agreement between us.

«It is by watching a dancer that we have, more than once, illustrated what we used to call empathy (…) the resonance of the other.» This quote from Jean-Luc Nancy seems particularly relevant to your film.

I had just finished a short film called Vers Nancy, filmed on a Paris-Nancy-Strasbourg train ride with Jean-Luc and one of his students. At the same time, I was starting to work on preparations for The Intruder, adapted from Jean-Luc’s book. It just so happened, although there’s no such thing as chance in work, it’s always a logical sequence of events, that Mathilde and Jean-Luc had been writing to one another for years and, naturally, I found Jean-Luc’s influence in Mathilde’s work. I really like this quote. It formed a connection between Jean-Luc, Mathilde and myself.

You often use very tight frames or isolate certain moves. In some of Mathilde Monnier’s arm movements, she talks about « marking the space ».

Both Mathilde and I like this idea. Now, when I move my arm, I always ask myself if I am going to « mark the space ». We are aware of this notion of marking space when we film a frame. A movement in a frame marks space. Mathilde taught me that you can feel this from within, with your own body. But for us, it’s a notion we feel in a film frame. My brother, Brice Leboucq, who’s not a sound engineer, but a musician, worked on this aspect. He had perfectly understood the sound in the Bagouet Studio. He tried to capture both the resonance in the studio, the fact that Mathilde’s dancers can hear her even if she whispers, the sound of the camera rolling, which she heard and therefore also needed to be present in the film, and the sounds of the town. In summer, the windows are open and you can hear the trams and the birds. It was important to get across that we were in the Montpellier dance centre, a town in the south of France.

You have quite a different approach to the body, which is often seen in the dance sequences in your films.

I believe that, in the shot, the body should live and also tell the story. It’s not up to the actors to lay themselves naked, but up to the film to give them the space to express themselves. Denis Lavant in Good Work wasn’t choreographed. I simply gave him the music and the place and he invented the dance. We filmed in one take without rehearsing … I must say that Denis is an exceptional human being. I also had an unforgettable experience with Grégoire Colin when I directed US Go Home for Arte. The film opens on a teenager dancing alone in his bedroom to a fabulous song by Chuck Berry. The music was from a different era for Grégoire and he wanted to rehearse. I said no, because I wanted us to throw ourselves into it after listening to it together a number of times. This is how something is triggered in the body, but if you set the moves, it doesn’t work anymore. We therefore got together at my place every evening to listen to the song. And then we filmed the scene on the first day of shooting. I find it the most beautiful moment of dance I have ever filmed. Richard Courcet dancing to Murat’s Le Lien Défait in I Can’t Sleep was also a unique moment. Agnès Godard followed Richard’s movements with the camera on her shoulder and I felt like I was in Richard’s body, that I was an extension of his fingers, that I was dancing in all the takes. I totally felt what Jean-Luc Nancy calls « empathy ».

It’s like the young Taiwanese girl in Vers Mathilde . She was shy and having a hard time, and I told Mathilde that I’d like to film this young woman because I could see she was finding it hard to fit in and, if I filmed her, it might trigger something. We watched her in a way that wasn’t prying – the camera doesn’t pry, it says, «Come» – and she responded. Although she didn’t respond gently, but like a warrior, in that it was an attack and it nearly scared the living daylights out of us. These are beautiful moments and I still get goose bumps just thinking about them. They say a lot about the mysterious relationship between human beings in a creative process: a relationship of trust, abandon and violence. 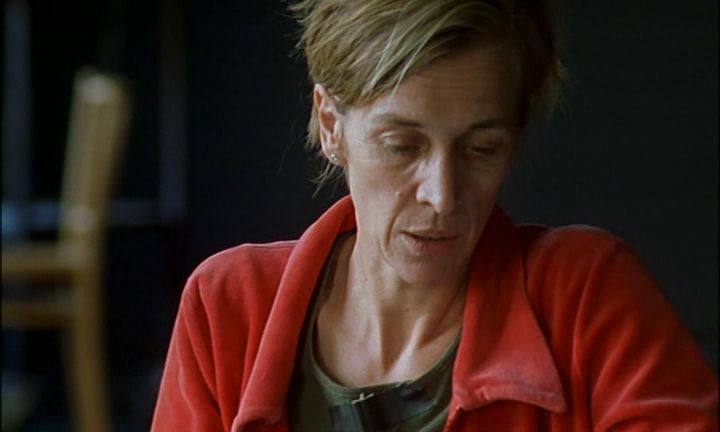 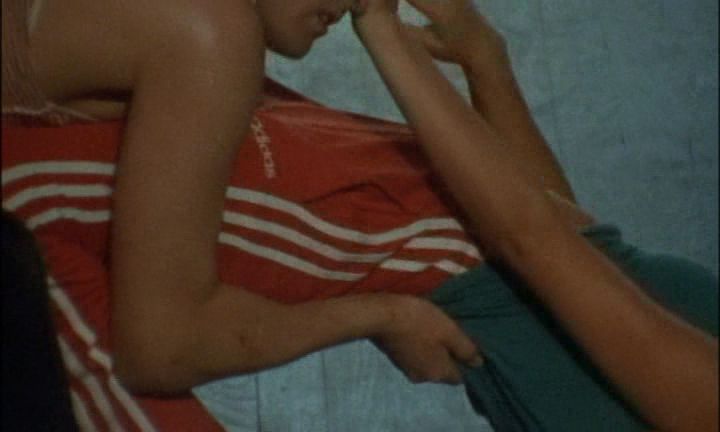 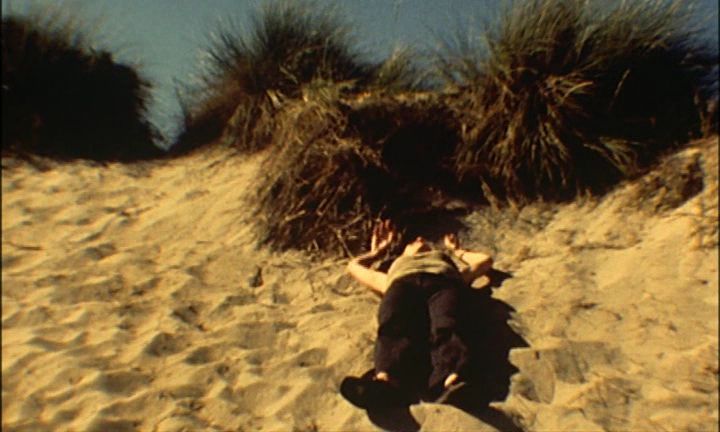 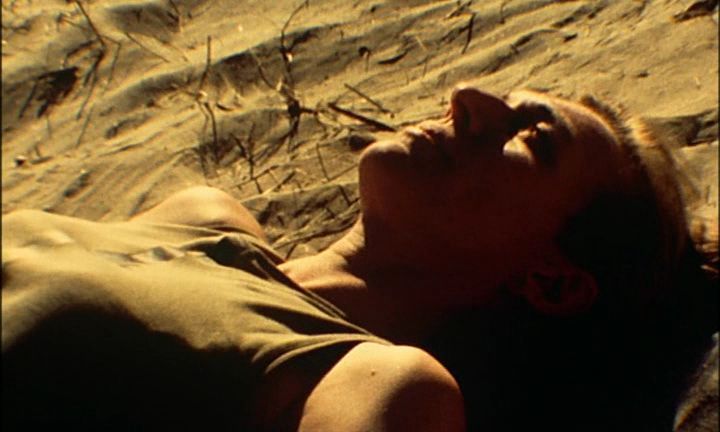 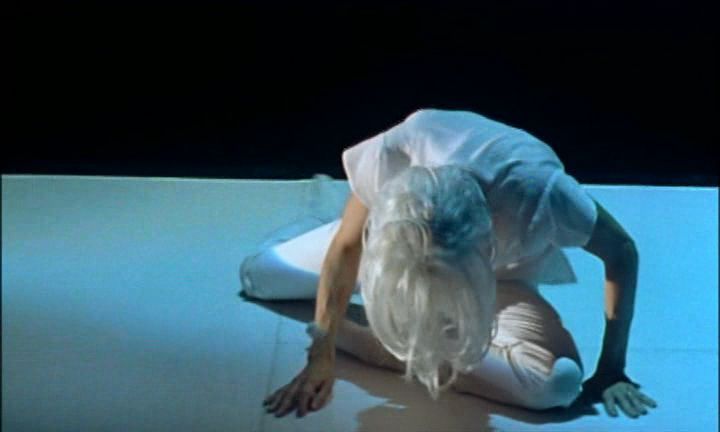