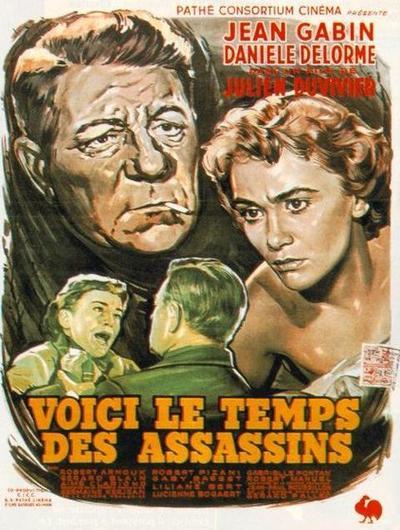 Synopsis:
André Chatelin is a restaurant owner in Les Halles in Paris. One morning, a girl named Catherine asks to see him. She happens to be the daughter of his estranged wife, Gabrielle, that André left more than twenty years before. As Gabrielle has just died, André accepts to accommodate Catherine first, then gives her a job in his restaurant before finally marrying her. But the angel-faced young lady might well be a devil in disguise. 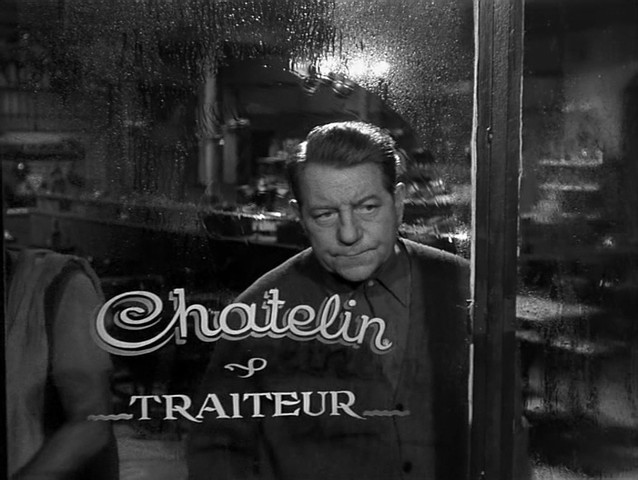 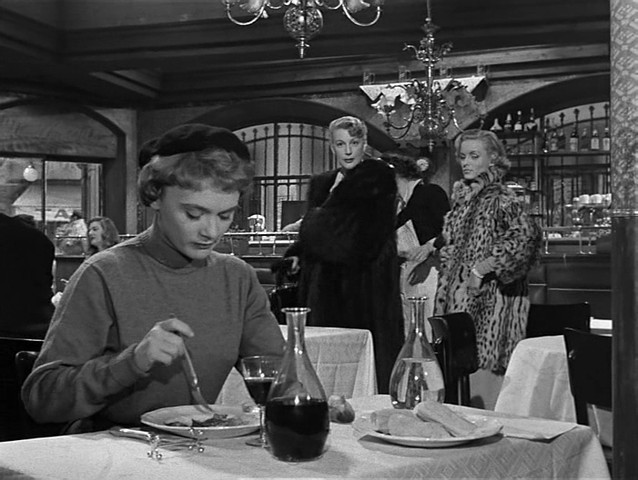 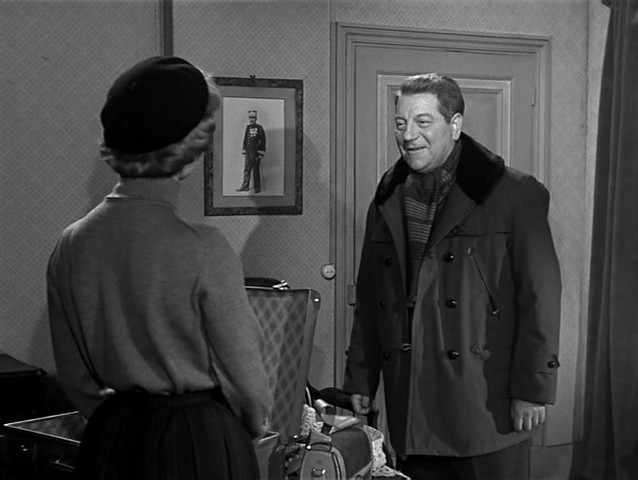 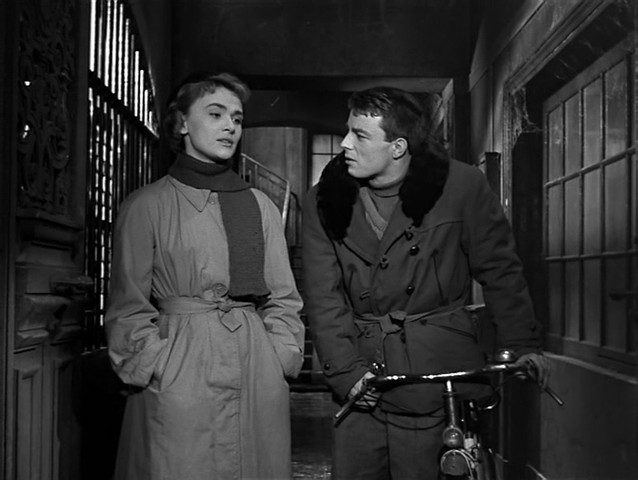 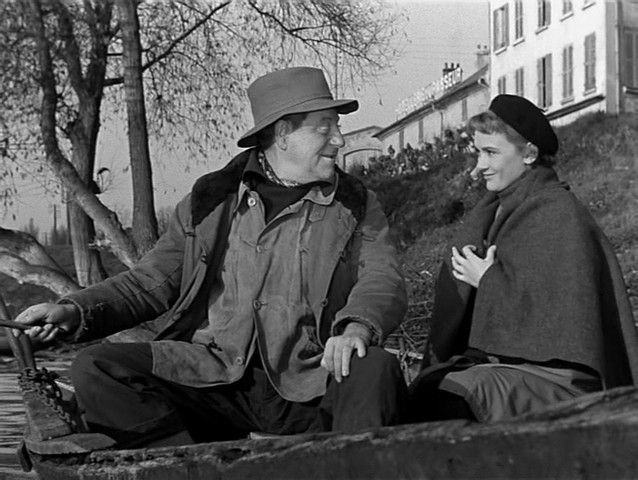 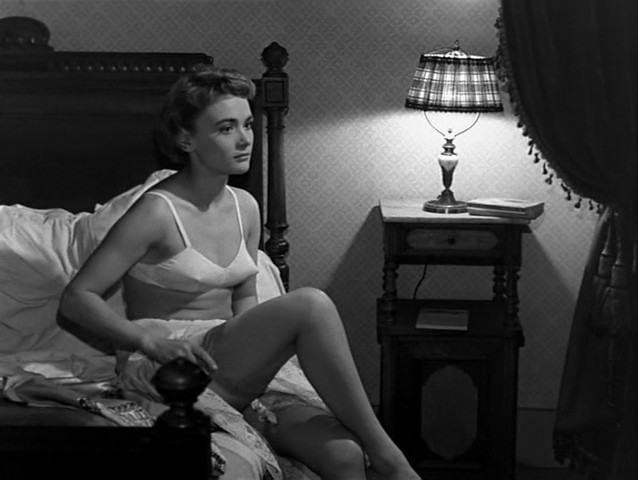 Review:
THE top-level combination of actor Jean Gabin and film producer-director Julien Duvivier is unmistakably conspicuous, in “Deadlier Than the Male,” French drama known in France as “Le Temps des assassins,” which came to the Baronet yesterday. But the sharply outstanding personality in this pre-World War II-type of tragedy is the sensitive and skillful French actress Danièle Delorme.

To look at this fetching young lady with her doll’s face, her slightly crossed eyes and her air of innocent enjoyment that made her “Gigi” a pleasure to recall, you would hardly suspect she had in her the capacity to convey a female with the venom, the sang-froid and the contrivance of a Charlotte Corday. Yet that’s what she gives us in this picture—a beguilingly beautiful girl with an utterly ruthless aggression against the whole category of males.

First on the clip-parade of victims for this shamelessly disarming dame is a nice Parisian restaurant-owner, played by M. Gabin. She insinuates herself into his graces by presenting herself as the destitute orphan of his ex-wife, presumably born out of wedlock after the two were divorced. But she hasn’t even got him around to thinking she’s hopelessly in love with him before she’s telling lies and sneaking amorous goodies to a young medical student, his best friend.

So it goes for the first half of the picture, with Mlle. Delorme playing a plainly deceitful but not too vicious game of trickery between the two men. And during this half of the picture, M. Duvivier takes time to build up an abundance of his excellent French atmosphere.

With M. Gabin playing a restaurateur and famous Parisian chef, he works in a lot of tasty business pertaining to French cuisine. There’s the redolent kitchen of the restaurant, with its bubbling pots and pans, its chefs and M. Gabin in white high-bonnet, presiding over the back and the front of the establishment. There is a warm sense of epicurean enjoyment, and there are pre-dawn trips to Les Halles, with M. Gabin marketing for his viands among the venders of meats and vegetables.

Then, right at the peak of this build-up, M. Duvivier fires the blow: the young lady, now married to her protector, is caught by him in her deceit.
quote
He discovers that she has not only lied to him about her mother being dead (the old lady is a dope fiend in Paris) but that she is two-timing him with his best friend.

And from here on the drama develops along classically passionate lines—the young lady, ruthless and desperate, aims for the jugular of both men. From a moderately shifty little teaser she becomes a coldly determined murderess, bent upon working the situation to a point where she can somehow save herself. At the same time, ice forms quickly over the eyeballs of M. Gabin, and it is simply a cold-blooded question of which one gets which one first. quote

It’s a taut and compelling drama, even if it never is explained (except by implication) why the girl is so ruthless toward men. And, despite an undeveloped complication, which has M. Gabin still dangling on a silver cord, it ties up its main threads very nicely and leaves one satisfied at the end.

In addition to the two main performers, Gerard Blain is excellent as the younger man, Germaine Kerjean is razorsharp as M. Gabin’s mother, and Lucienne Bogaert is a sodden mess as his ex-wife. M. Duvivier has plainly made it as candid as the censors will allow.