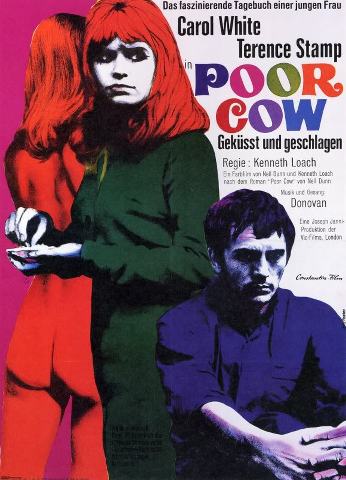 A young woman lives a life filled with bad choices. She marries and has a child with an abusive thief at a young age who quickly ends up in prison. Left alone she takes up with his mate (another thief) who seems to give her some happiness but who also ends up in the nick. She then takes up with a series of seedy types who offer nothing but momentary pleasure. Her son goes missing and she briefly comes to grips with what is most important to her. 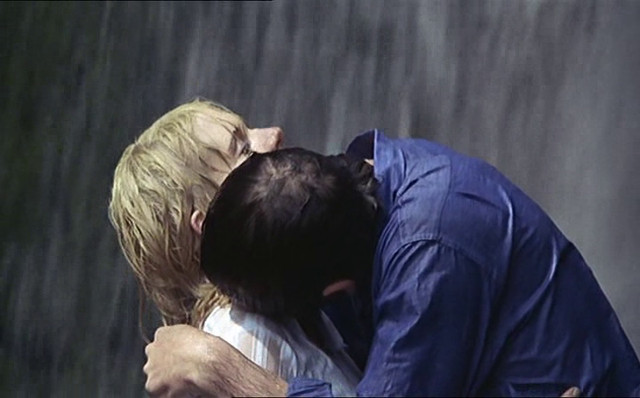 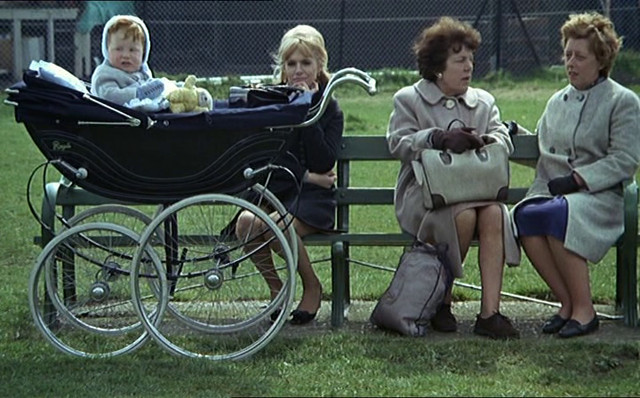 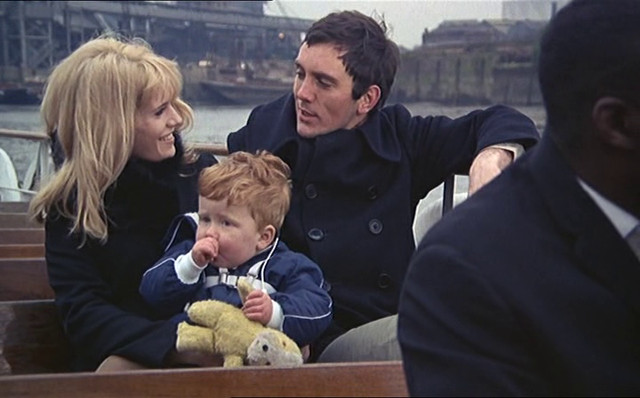 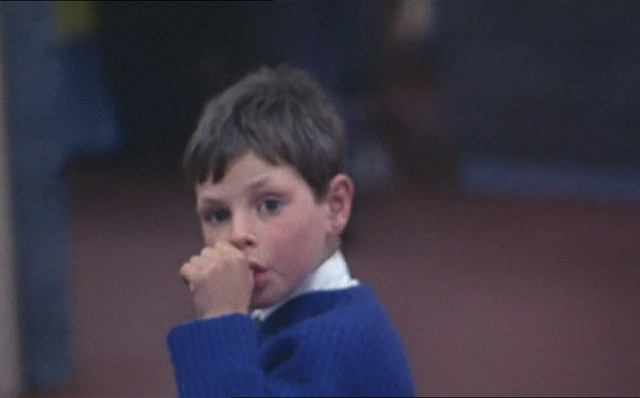 Quote:
Poor Cow was Ken Loach’s first feature film, and was based on the novel by Nell Dunn, who also wrote Loach’s earlier Wednesday Play, Up The Junction (BBC, tx.3/11/1965). Throughout his career, Loach has been a collaborative filmmaker, often working with the same team. Carol White, Poor Cow’s star, was already well-known as a result of her starring roles in Up the Junction and Cathy Come Home (BBC, tx. 16/11/1966). Uncharacteristically, Loach – who has generally preferred lesser-known actors – also used other ‘names’, notably Terence Stamp, in Poor Cow.

White plays the appropriately named Joy, free-spirited, resilient and flirtatious, despite being caught in a web of circumstances largely outside her control, relating to her gender and class. Loach shows characteristic sympathy for the characters and their situation. The opening song, written for the film and sung by Donovan, urges the audience “Be not too hard, for life is short, and nothing is given to man”.

Loach has acknowledged the influence of Italian neo-realist film-making, of which probably the best-known example is Bicycle Thieves (Ladri di biciclette, Italy, d. Vittorio de Sica, 1948): “Those classic post-war Italian films just seem to have an immense respect for people. They give people space and they’re concerned with their concerns.” This could be a motto for Loach’s own film-making, with his compassionate observation of the ways in which ordinary people deal with difficult social circumstances. Poor Cow shares this socio-political concern with the effects of poverty and poor housing on the lives of its characters.

As with Loach’s earlier work, the stylistic techniques are inventive. The use of Joy as a narrator on the soundtrack reflects the first-person narration of the original novel. The film also makes occasional use of intertitles, more commonly associated with silent films. This risks distancing the viewer from their involvement in the story, but is effective in adding an ironic note, exemplified by “The world was our oyster… And we chose Ruislip”.

The continuity of the story is sometimes broken: Loach uses montage techniques, juxtaposing observational shots of characters not connected with the main story, for example in the pub where Joy works. As is common in Loach’s work, the film is at the same time the story of an individual and a demonstration of the way everyone is connected with the wider community.