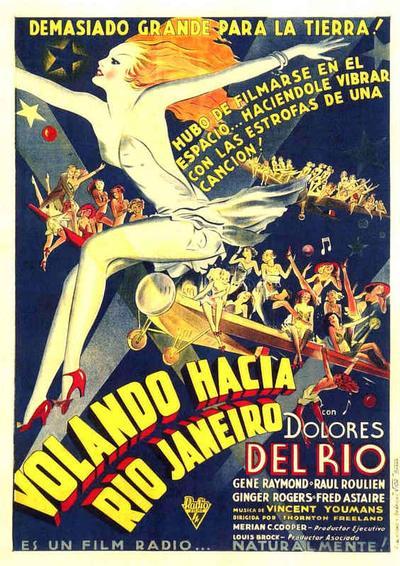 Some idea of the cost of producing “Flying Down to Rio” can be gained from the fact that with the five principals there are more than forty persons in the cast, a number which does not include the hosts of dancing girls or the musicians. The settings are very striking and there are several clever process scenes which help to reveal that those responsible for the film have succeeded in giving an unusually good impression of Rio de Janeiro, for the actual photographs of that city are blended with those of studio structures.

It is a hearty and lively show, the story of which is just about equal to that of other musical offerings. There is the pursuit of the beautiful girl, who in this instance is portrayed by the ebony-eyed Dolores Del Rio. As for the gallant American, he comes to life in the person of Gene Raymond, who, as Roger Bond, is torn between flying and composing music, and therefore to satisfy himself he arranges to have his hobbies brought together by having a specially made piano in his private airplane.

Bond has also a weakness for the fair sex, particularly for Belinda Rezende (Miss Del Rio), to whom he “gives a lift” in his plane from Miami to Haiti. The young scamp decided to land there because he did not wish to hurry to Rio de Janeiro while Belinda was with him. Apparently they do not know that it is Haiti, and Belinda thinks that it is an island peopled by savages. The black inhabitants, however, happen to be bellboys from an adjacent hotel and a golfer who is out for a little practice.

An impressive series of scenes are devoted to a dance known as the Carioca. During this interlude that nimble-toed Fred Astaire and the charming Ginger Rogers give a performance of this Carioca. The music is delightful, and besides Mr. Astaire and Miss Rogers many other persons dance the extraordinarily rhythmic Carioca, one feature of which happens to be that of the couples pressing their foreheads together as they glide around the floor.

This production seems to get more and more lavish as it continues. In its latter stages it takes to the air again and there are some effective ideas of girls strapped to the wings of flying machines and going through a precision drill. These scenes have all the sensation of the girls being actually in the air.

Among the beguiling songs are “Orchids in the Moonlight,” “Carioca,” “Music Makes Me” and “Flying Down to Rio.” Both Miss Rogers and Mr. Astaire give splendid performances. Miss Del Rio is alluring and efficient, and Mr. Raymond does well as the handsome hero. Raul Roulien, a Brazilian player who has appeared in several Spanish-language films, appears as a man about Rio who realizes the futility of trying to force his attentions on Belinda.
Morduant Hall, NY Times, December 22, 1933 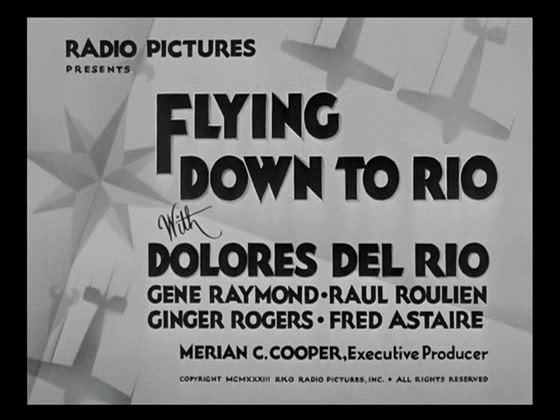 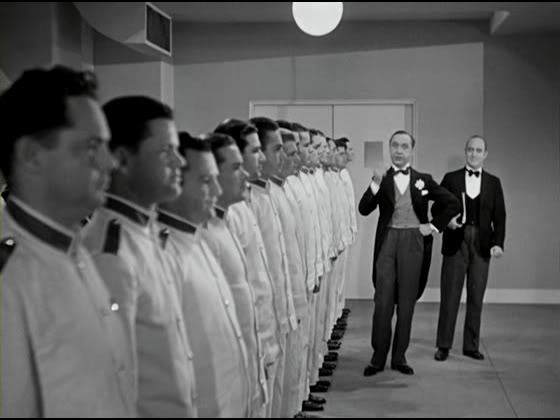 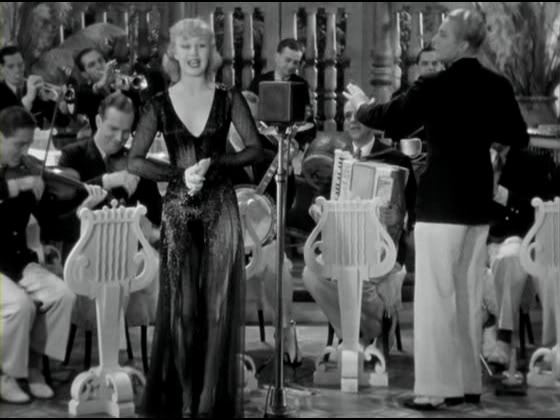 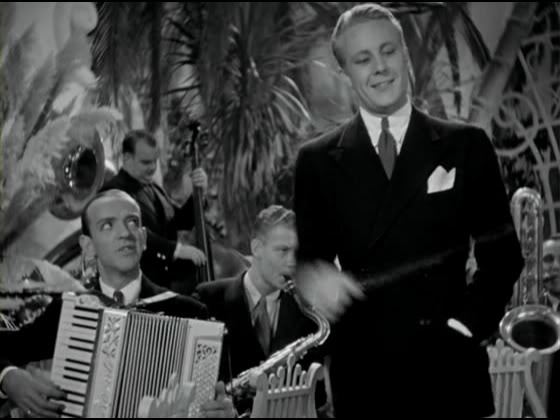 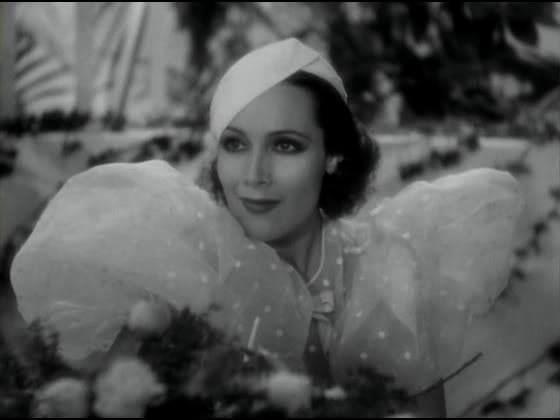 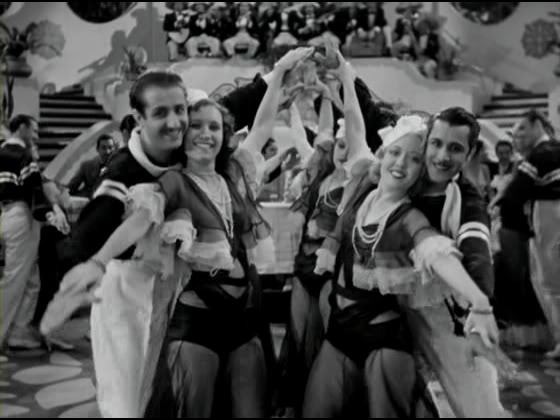 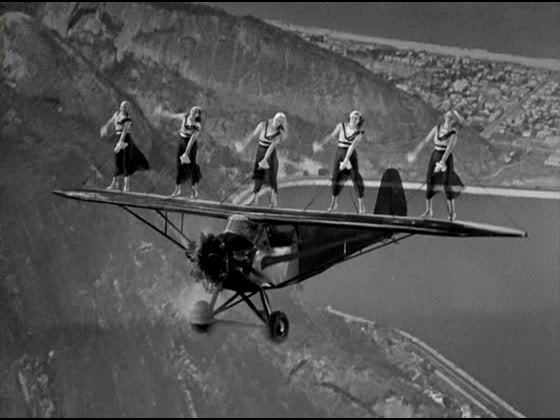