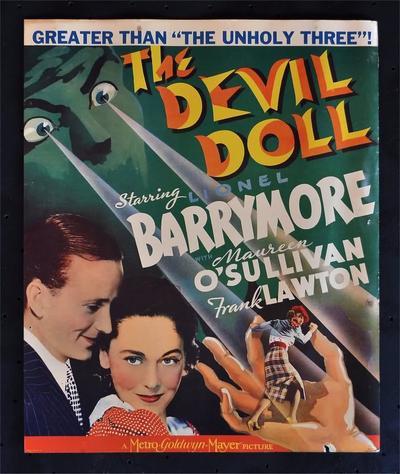 Plot: Banker Paul Lavond makes an escape from Devil’s Island where he was sentenced for seventeen years after being framed by his three partners. His fellow escapee Marcel takes him to meet his wife Malita and, as Lavond watches, Marcel demonstrates a process whereby he can shrink animals and people to the size of dolls and animate them by will-power. But then Marcel has a heart-attack and dies. Malita persuades Lavond to continue his work and Lavond sees the opportunity to have revenge on those that framed him. Disguising himself as an old woman, Madame Mandelip, he and Malita set up a doll shop in Paris where Lavond then sends the shrunken people out to kill his enemies. 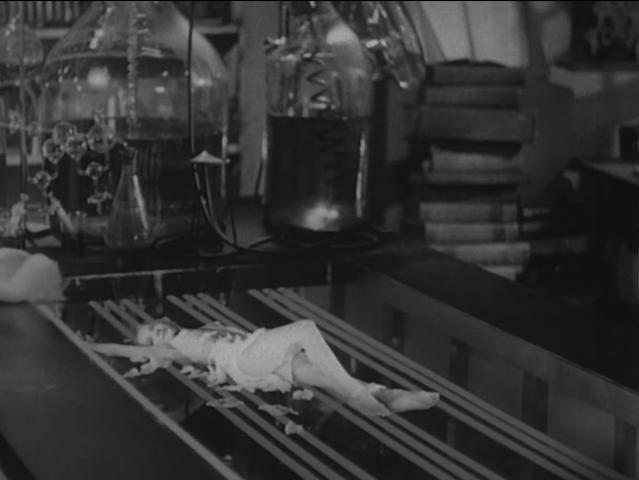 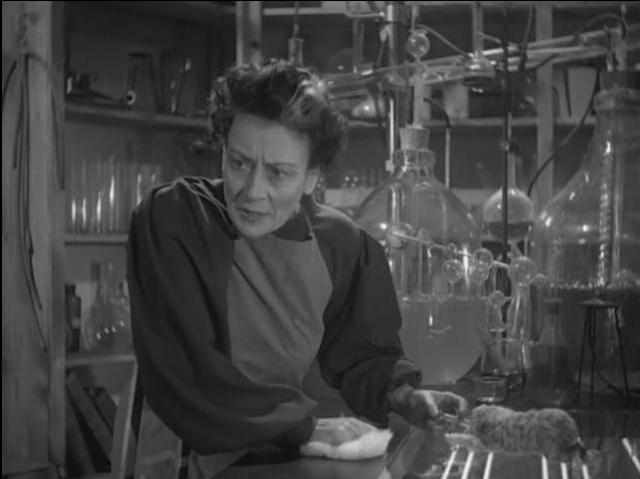 The Devil-Doll is one of the celebrated classics of the Golden Age of Horror. It came from the great Tod Browning, who’d made his name during the silent era with such films as The Unholy Three (1925), London After Midnight (1927), The Unknown (1927) and West of Zanzibar (1928), before making the move over into sound with Dracula (1931), Freaks (1932) and Mark of the Vampire (1935). This was Browning’s second-to-last film.

Browning’s great collaborator of the silent era was Lon Chaney [Sr]. Chaney always gave grand performances where he would undergo the most amazing physical transformations and complete character shifts. These amazing performances were something that was always at the center of Browning’s silent films. But Chaney died in 1930 and afterwards Browning seemed to lack such a collaborator. He did luck upon Bela Lugosi in Dracula. And here he used Lionel Barrymore, one of the great Broadway actors of the decade. Barrymore gives Browning the nearest to another Chaney performance that he would ever find in his career, wherein he undergoes a great chameleon shift playing the part of an old woman.

Outside of Barrymore, the story is slight and melodramatic (as was often the case with Browning’s films). The other notable aspect is the effects set-pieces. The effects are variable but at least Browning sets up some good set-pieces with the miniature people climbing onto dressers to steal jewelry and up a sleeping person’s peignoir to kill them. 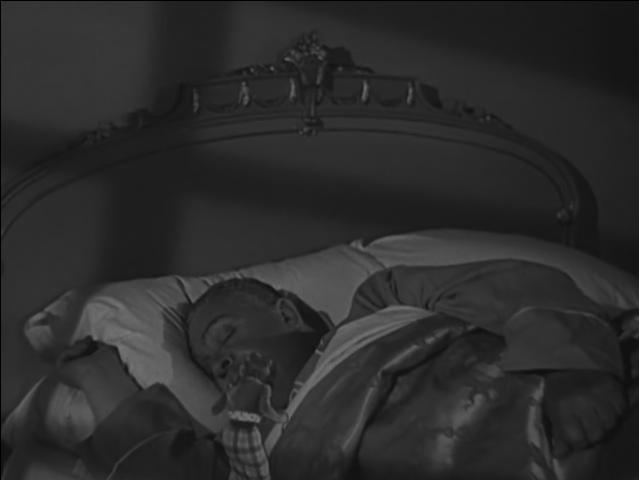 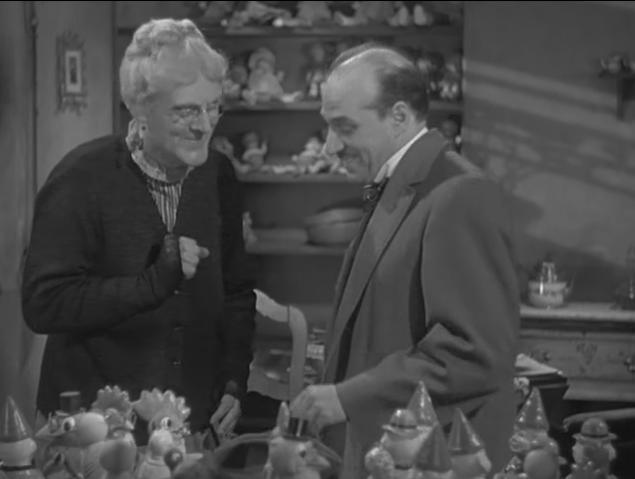 The Devil-Doll is often reviewed as an sf film. But in truth Browning has almost no interest in sf (even less than other mad scientist films from the era). If it is a mad scientist film it is really one based more in alchemy than it is in science. Coulter’s grand claim that “we can shrink the world” on the theory that it will eliminate hunger is just daft. One is not even sure if he means shrinking just people or all animal species. Reducing all animal species simply reduces the size not the ratio of humans to animal species; reducing all people would surely turn everybody into the prey of now giant-sized animals. Certainly Barrymore’s character is portrayed a good deal more sympathetically than any other mad scientist of the era.

The film was adapted from a novel by Abraham Merritt, a popular writer of dark fantasy during the 1920s, with works like The Moon Pool (1919), The Metal Monster (1920), The Ship of Ishtar (1926) and Seven Footprints to Satan (1928). The film is liberally adapted from Merritt’s witchcraft novel Burn, Witch, Burn (1933).

This should not be confused with the later British horror film Devil Doll (1964) about a sinister hypnotist.