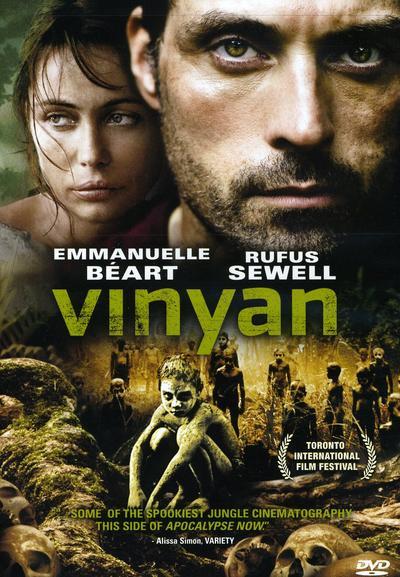 PLOT SUMMARY
Unable to accept the the loss of their son in the 2005 Tsunami, Jeanne and Paul Bellmer have remained in Phuket. Desperately clinging to the fact that his body was never recovered, Jeanne has convinced herself that the boy was kidnapped by traffickers in the chaos that followed the catastrophe… Paul is sceptical, but cannot bring himself to shatter his wife’s last hope. The traumatized couple embark on a quest that will plunge them through paranoia and betrayal, ever deeper into an alien universe, a supernatural realm where the dead are never truly dead, and where nightmares, obsession and horrifying reality converge.

REVIEW
One word: infuckingcredible. I don’t know if that counts as one word, BUT IT STANDS. Like Fabrice Du Welz’s previous feature Calvaire, Vinyan looks at the horror of being lost in unfamiliar terrain, physically and emotionally. And like that first movie, I am sure that “haunting” is the word I will use most often to describe Vinyan. Du Welz again uses cinematographer Benoît Debie and Super 16mm film to great effect. Vinyan is stunning throughout. Even the abstracted opening sequence is so mesmerizing that I probably would have been happy to be submerged in those sights and sounds for the entire run of the film.

The film is loaded with moments that leave one feeling simultaneously shocked and disturbed. The sound design conspires in delivering several literally hair-raising sequences, and Béart and Sewell deliver perfect on-the-precipice performances. It is far more ambitious and genre-bending than one would expect from a director’s second feature, but I think Vinyan pulls it off.