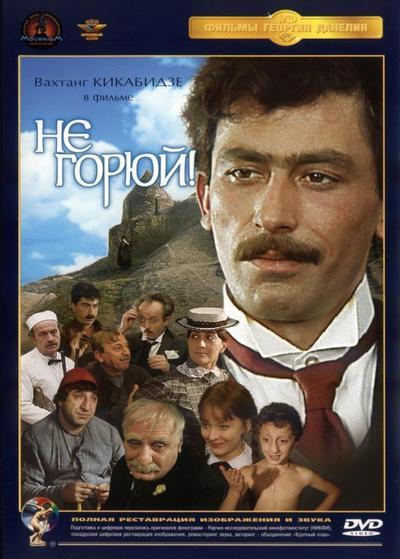 Synopsis:
After graduating from St. Petersburg University, full of hopes and grand plans, returned to his native town of the young doctor Benjamin Glonti. But life as before his departure, is running its course: a growing family of sestritsy Sofiko, hard from morning till night rewrite the paper her husband, Luke, from time to time in the cellar down to “topple” bottle. And still, the elephant, without the case, “getting” all the counsel of Dodo. Benjamin became a lament for the failed life. And then, to correct the matter brother, Sofiko decided to marry his daughter to the old doctor …

Review:
The quintessential Georgian film of Georgi Danelia, Ne goryuy (1969) aka Don’t Grieve is loosely based on the novel by French writer Claude Tillier (1801-1844) “Mon oncle Benjamin” The novel takes place in the country side of the 18th Century France. The Great French Revolution is still ahead but some of its stormy signs are present in society. Benjamin, the local doctor is a soul of a local society, the educated, friendly, democratic person who often treats the poor for free. It makes him very popular with the locals but most certainly does not help with his bank account. He is in love with a beautiful Manette who is also crazy about him but is being watched closely by her father who called his daughter “his small capital” and is determined to protect her virginity until the moment the marriage contract has been signed… I never read the book, and from description it sounds like a charming very French novel but I am fascinated with the results of moving the characters and some plot elements from 18th Century France to the beginning of 20th century Georgia-Grusiya. I would think that it was Danelia who came up with all the colorful memorable characters that feel so much at home in his native Georgia-Grusiya, the land of long and wonderful traditions, including Art of making and drinking wine, rare music talent that all Georgians seem to possess, very unique humor, and high code of honor. When we watched the film last night together with my husband, he said, what a great example of an Art film, and I so agree with him. Don’t Grieve is a perfect Art movie, visually beautiful, deep but funny, at times sad and philosophical but never in a preachy arrogant way but optimistic, celebrating life with all its beauty and sadness, full of interest, loving irony and understanding for its slightly eccentric but very human characters. What is the most important, the film is warm and gentle, it does not look down at its viewers as some of the Art pictures do. You don’t have to be a movie buff to love it, to live with it, to smile and sigh at it, to follow the good-hearted young Doctor Benjamin (first role in a Danelia film of famous singer and actor Wachtang Kikabidze with whom Danelia would go on to make two more films including one of my all time favorites, Mimino) on his journey through the roads and mountains of Georgia. Or to be a guest on one of a kind party where the friends gather to celebrate life of the old doctor Levan who wanted to be a guest on his own wake, to hear what his friends have to say about him when he dies while he is still alive, and who gets to choose which color he prefers for his coffin. When I watched the film I thought that it is a sort of movie that Federico Fellini might have liked. I was not surprised at all to find the article about Danelia where he names Fellini his number one director. I also found out that according Danelia, the famous Soviet directors, Leonid Gaiday (the creator of many beloved comedies) and Sergei Paraszhanov (the visionary whom I don’t have to introduce loved another Danelia’s film, fairy tale about American boy Huck Finn, Sovsem propashchiy) felt and spoke negatively about Don’t Grieve while Fellini praised it highly. I dare go a little further and just guess that perhaps Maestro Fellini kept in mind some images and the very aura and atmosphere of Don’t Grieve when he was making Amrarcord in 1973. Just a thought, because there is something essential that connects both films. Both Artists came back to their roots, to the places that they love deeply, to the people they remembered, loved and wanted to honor. Both films have a lot of smiles through the tears. Both are Art movies that would get directly to the hearts of the viewers. Both are masterworks.

I think I am going to add Georgi Danelia to the list of my favorite directors. He has made some of the brilliant pictures in my most favorite genre of dramedy, even tragicomedies that are funny and bitter sweet, poignant and subtle, earthy and uplifting, gentle and shining. When I looked up the list of the movies he has written/directed, I was amazed at the fact that he has not made a single bad film since he started back in 1960 with the Award winning story of a young boy, Seryozha. Many of Danelia’s films are among my favorites, as I am sure they are among his legions of fans. The man behind ‘Seryozha, Sovsem propashchiy (1972) which is an adaptation of Mark Twain The Adventures of Huckleberry Finn, 33, Ya shagayu po Moskve (1964) aka Walking the Streets of Moscow, Ne goryuy (1969) aka Don’t grieve, Afonya (1975), Mimino (1977), Osenniy marafon (1979) aka Autumn Marathon or Sad Comedy which is a very fitting title for this movie as well as for the whole genre that Danelia practically invented, and the cult favorite for over 20 years Kin-Dza-Dza (1986), is brilliant and deserves our true love and genuine gratitude for the unforgettable moments of cinematic happiness. 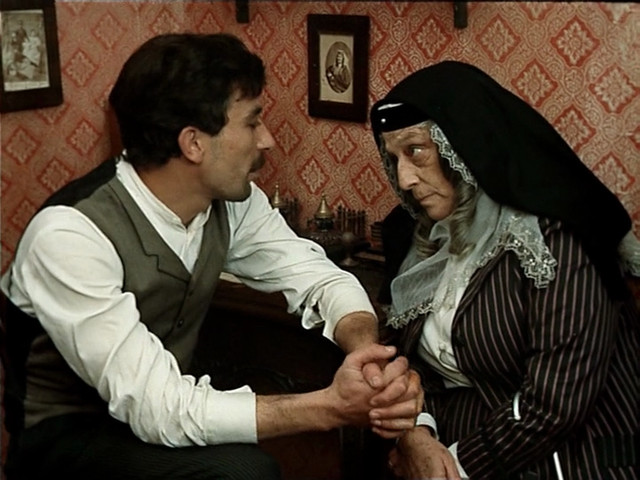 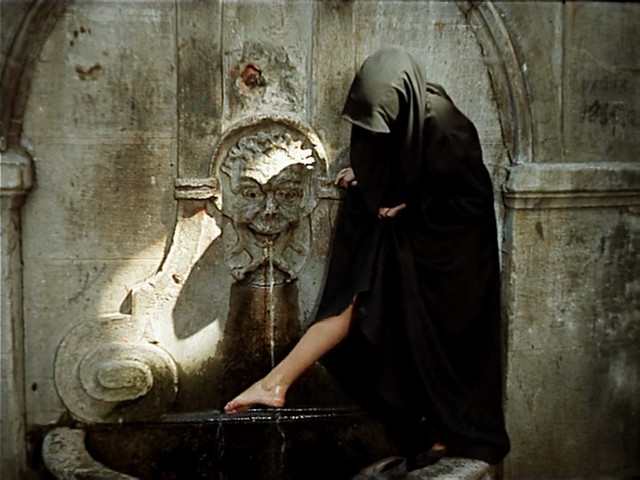 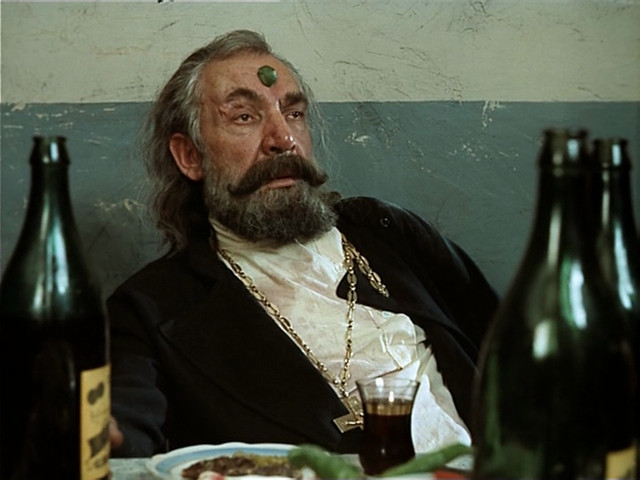 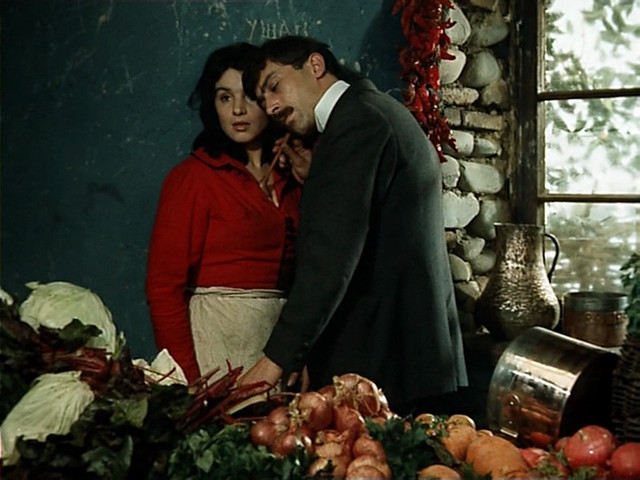 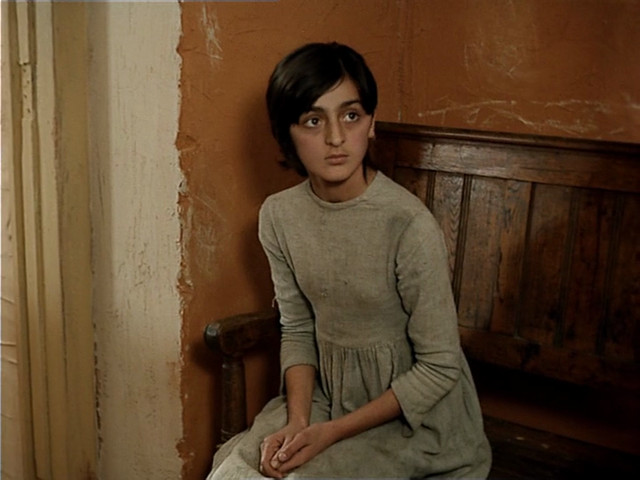