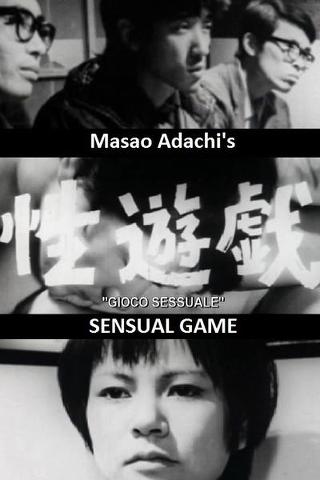 Quote:
The film begins in a lengthy free-love session taking the form of a ‘play“ rape being enacted by a group of aimless, listless and political apathetic students. As they loaf around, reading manga and smoking cigarettes the next morning, before they turfed out onto the streets by the girl whose apartment it is, they banter about how the act of rape might add some more spice to their lives; the difference between ‘doing it’ for real and merely acting out their fantasies with their complicit girlfriends. The subtext intended by Adachi informs the rest of the film – that there is a world of difference between direct action politics, and merely talking the talk. The four bored loafers then drive to the university building (in fact Adachi’s very own Nihon University) only to find it taken over by student activists, its walls daubed with graffiti, and its doors and windows boarded over. They bundle a girl handing out flyers in the back of their car, drag her off to an abandoned lecture theater strewn with propaganda leaflets and, making their words reality, rape her. Later, when one of the assailants, Kenji, becomes stricken with remorse, he follows the girl named Taeko (played by Butoh dancer Natsu Nakajima) back to her home where she lives with her brother, part of a gang of student revolutionaries who spend their time making firebombs. Here, not entirely convincing, she falls in love with her rapist. (Jasper Sharp – Behind the Pink Curtain)