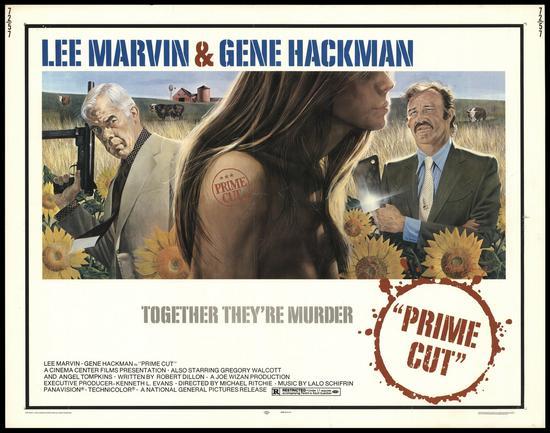 Quote:
Let me sing about a goddamn nutty crime film from 1972 called Prime Cut. My impulse with all of these great old ’70s crime films is to start by saying: “This couldn’t get made today.” And it’s almost always true. Certainly they’d never be made as they are. But this one. Let me say definitively that there’s no goddamn way in hell this movie could get made today. It’s part gangster film, part Midwestern redneck exploitation film, part slippery soft-core film, and part art-house weirdo-fest. It’s a film that feels like it’s parodying a lot of things, but it also takes itself seriously-as-fuck and that’s the genius of it. It’s offensive with a loose plot barely stitched together. It’s hard-boiled camp. But in your darkest (or maybe not so darkest) heart, it’s the movie you’ve always wanted to see. – William Boyle, Dope and Flesh: Prime Cut

Roberto Minervini – What You Gonna Do When the World’s on Fire? (2018)