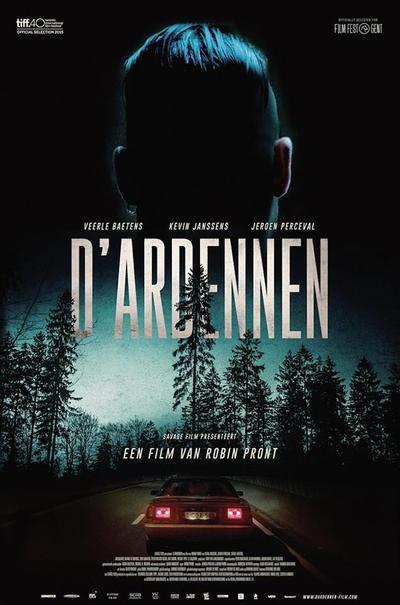 A brutal home-jacking goes hopelessly wrong. Dave, one of the two robbers, manages to run off, leaving his brother Kenneth behind. Four years later, Kenneth is released from prison and much has changed. Dave has his life back on track and is trying to help Kenneth however possible, but is witnessing how the highly strung Kenneth tries to win back his ex-girlfriend Sylvie.

A prison stretch creates a rift between two petty-criminal brothers.

Two brothers by blood and in crime struggle to maintain their dual relationship in The Ardennes, a gritty Belgian pic that isn’t as Cain-and-Abel-ish as it seems. Here, unlike in the Biblical tale, resentments go in both directions but are tempered, on both sides, by sincere brotherly love. A promising if not quite audacious debut by Robin Pront, the film benefits from a solidly envisioned family dynamic but doesn’t really generate much heat until its final act. Art-house distribs may take notice, especially given the critical attention given to producer Bart Van Langendonck’s earlier import, Bullhead.

Pront begins with one of a few attention-grabbing images sprinkled through the film: a man wearing panty hose over his head, struggling to breathe as he clambers urgently out of a swimming pool. This is Dave (Jeroen Perceval), fleeing the scene of a burglary gone wrong in which his brother Kenny (Kevin Janssens) will be caught, arrested and sentenced to seven years in prison. Kenny will refuse to rat on his conspirators, but his loyalty only earns him so much: His girlfriend Sylvie (Veerle Baetens), the brothers’ partner in crime, breaks up with him and, unbeknownst to Kenny, falls in love with Dave.

The happy couple is looking for flats and has just learned Sylvie is pregnant when Kenny gets paroled four years later. Nobody is excited to drop the news on him before the jailbird can adjust to a straight existence in which his old partners have given up not just crime but booze. They even try to set him up with a straight job in a car wash, something everyone but Dave seems to know will end badly.

An uncomfortable Christmas dinner at which the three join the boys’ mother deftly establishes the jealousies and bottled-up anger that will soon explode, but for too long the film relies on the unacknowledged relationship for drama; we start to wonder how many scenes will rely on well-intentioned Dave trying to tell Kenny what’s going on, only to be steamrolled by the latter’s enthusiasm for some other topic.

Things heat up when Kenny kills a bar owner in a fit of passion and forces Dave to drive out to the forest with him to dispose of the evidence. They go to Kenny’s old prison roommate Stef (Jan Bijvoet), whose trailer-home hideaway is clearly not a place where bad situations go to get better. Bijvoet’s slippery performance, and the ambiguous presence of the cross-dressing man keeping him company out in the Ardennes, are just what the movie needs to get us on edge while Pront moves toward the Biblical showdown he has quietly promised all along, and the tragedies he has held back as surprises.