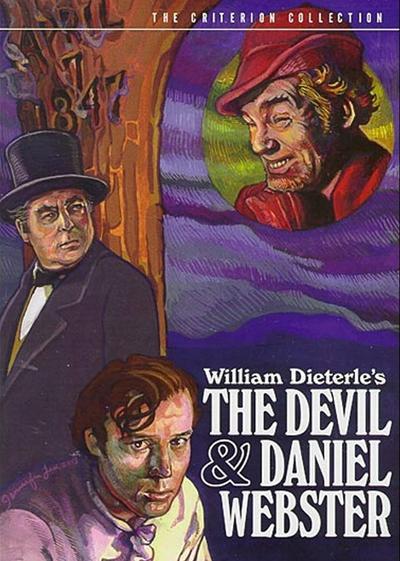 Quote:
Jabez Stone is a hard-working farmer trying to make an honest living, but a streak of bad luck tempts him to do the unthinkable: bargain with the Devil himself. For seven years of good fortune, Stone promises “Mr. Scratch” his soul when the contract ends. When the troubled farmer begins to realize the error of his choice, he enlists the aid of the one man who might save him: the legendary orator and politician Daniel Webster. Directed with stylish flair by William Dieterle, The Devil and Daniel Webster brings the classic short story by Stephen Vincent Benét to life with inspired visuals, an unforgettable Oscar-winning score by Bernard Herrmann, and a truly diabolical performance from Walter Huston. 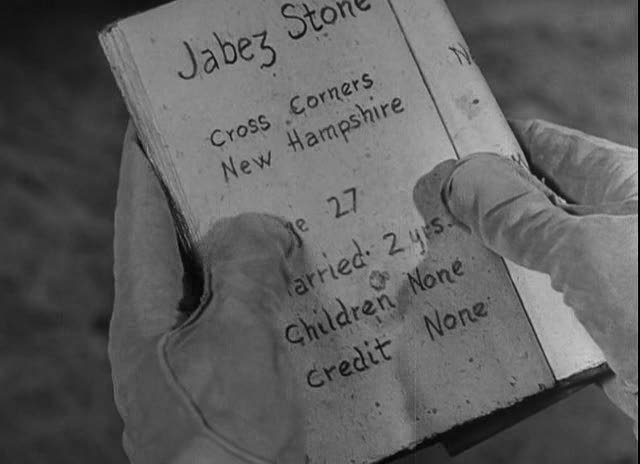 The Devil and Daniel Webster: The Devil Gets The Best Lines
By Tom Piazza (2003)

Director William Dieterle’s 1941 film adaptation of Stephen Vincent Benét’s short story, “The Devil and Daniel Webster‚” is a melodramatic fever dream, a hallucinatory tour de force in which marvelous, evocative effects and extraordinary performances combine onscreen in ways both sophisticated and sometimes charmingly not. Out of this mix comes a fascinating allegory, filmed on the eve of World War II, of a society gone mad with materialism, a premonition of the opportunities and dangers awaiting the United States as it recovered from the Great Depression. 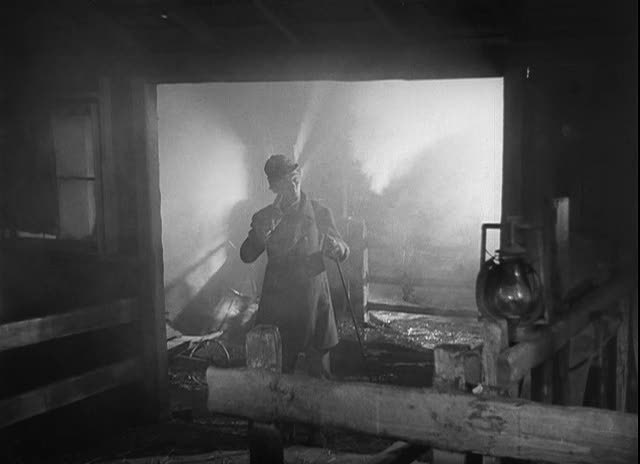 Benét’s original short story, which generations of high-school students will undoubtedly remember making their way through, is an amalgam of Nathaniel Hawthornesque brooding and patriotic folklore. Unlike Hawthorne, however, Benét doesn’t seem to really believe in evil as the story’s astonishingly sentimental ending shows. William Dieterle arrived in the U.S. from Germany at the beginning of the 1930s after an early career spent mainly as an actor. Probably his best and best-known film is the 1939 version of The Hunchback of Notre Dame, starring Charles Laughton. His approach to The Devil and Daniel Webster (originally titled All That Money Can Buy in this version) delivers a much fuller and more disturbing narrative than Benét’s. 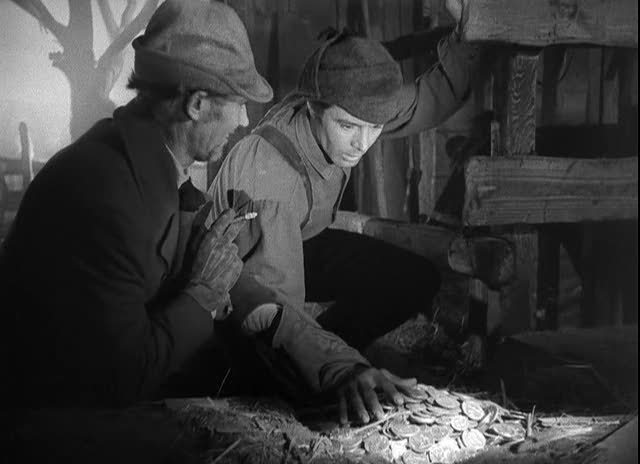 Certainly Dieterle and screenwriters Dan Totheroh and Benét manage to bring alive characters who are little more than stick figures in Benét’s original. In fact, the film is a minor classic if for no other reason than Walter Huston’s brilliant performance as Mr. Scratch. It would have been easy to overplay this role, but Huston stops just short; in his hands the Devil is a raffish sensualist—cigar and rum fancier, pie thief, barroom habitué, and even multi-instrumentalist (he is seen beating the bass drum in a patriotic parade and playing fiddle at a barn dance). Some of the best writing is reserved for Scratch, as when, having concluded the initial deal with Jabez Stone and obviously satisfied with himself, he pauses outside the barn, turns to Jabez, and says, “What a beautiful sunset.” With twinkling eyes and unctuous charm that can turn to sullen and vindictive withdrawal at the first sign of resistance, then back again, Huston manages to make Scratch both appealing and unsympathetic—no small art. 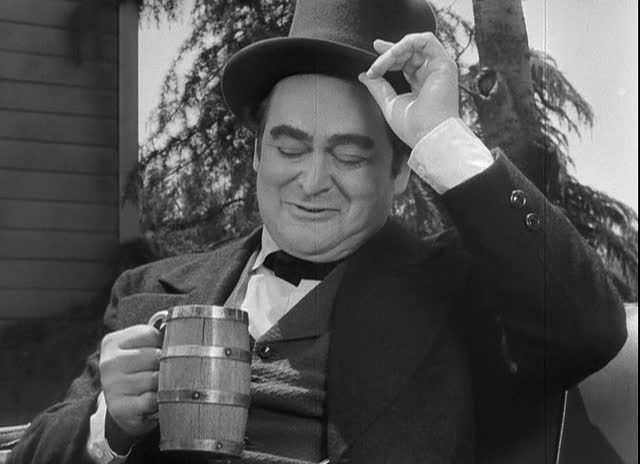 The other great performance here is Edward Arnold’s as Daniel Webster: senator, lawyer, and, for the purposes of this story, populist hero—a kind of doppelgänger, it turns out, for the Devil—both charming, both great persuaders. Arnold’s Webster is serious but fond of a joke, patrician but a man of the people, courtly with the ladies but able to deliver a stern face-to-face-tongue lashing to Stone. He also has a bit of a drinking problem, and it is clearly implied that some of his sympathy for the Stone family comes from his own experience with temptation. In the scenes in which Webster and Scratch are onscreen together, a clear and believable affinity is apparent between them. 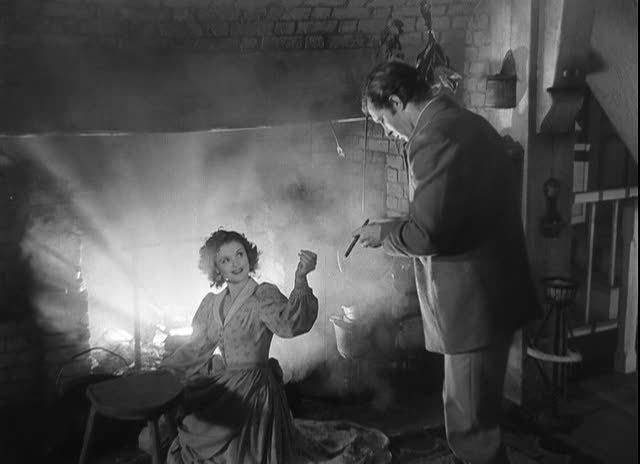 There is much here in Dieterle’s direction that is deft, interesting, and deliberate—especially the leitmotif use of light and shadow (Joseph August’s camera work is fine throughout). Simone Simon, who the next year starred in Val Lewton’s Cat People, is truly creepy as the seductive Belle. A manifestation of the Devil, she materializes out of nowhere to step in as housekeeper, nursemaid, and eventually mistress to Stone. As does Scratch, she first appears to Stone backlit, with a weird, muffled glass-harmonica sounding in deep echo behind their dialogue. Bernard Herrmann’s Oscar-winning musical score contains many terrific moments, especially during the barn dance scene—in which Scratch presides over an accelerating and increasingly discordant fiddle tune—and also the macabre, whirling dance of the guests at the mansion party. This latter scene, by the way, would find an echo in one of the great oddball cult classics of the 1960s, Carnival of Souls, when the ghostly figures of the dead dance in an abandoned beach pavilion. 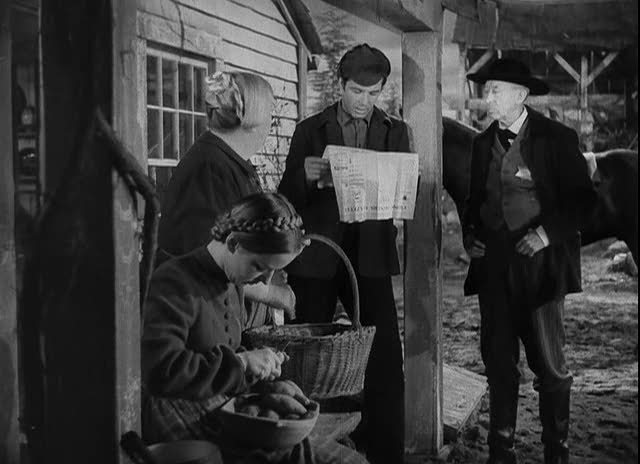 The Devil and Daniel Webster contains numerous traces of the leftist and populist politics of the 1930s, but the film is ultimately morally and politically ambiguous. Its implied moral equation seems is: that neighborliness, and mutual aid—community—as exemplified by the grange, are good. The Devil, being bad, undercuts community by encouraging people to indulge their individual appetites at the expense of group values. So the question of personal choice is a question of community health as well, and one cannot secede from the social contract without doing immense damage to all the other souls around one. 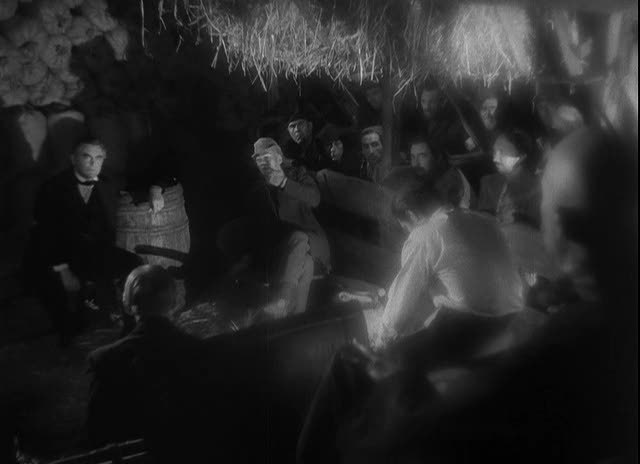 However, the designation of Daniel Webster to argue Stone’s case brings with it some deep and unintentional irony. The Webster of history was a renowned orator, lawyer, U.S. senator from Massachusetts, and secretary of state under Presidents Benjamin Harrison and Millard Fillmore. He was also, in the years before the Civil War, a famous and effective advocate of maintaining the Union at any cost. In the film, Webster constantly advances America— the idea of America—as the incarnation of the highest good. In his closing argument, he even goes so far as to conflate Stone’s situation with that of America itself. “Don’t,” he exhorts the gang of cutthroats in the jury box, “let this country go to the Devil!” Don’t, in other words, allow the forces of self-interest to coerce a permanent rupture in the social contract. 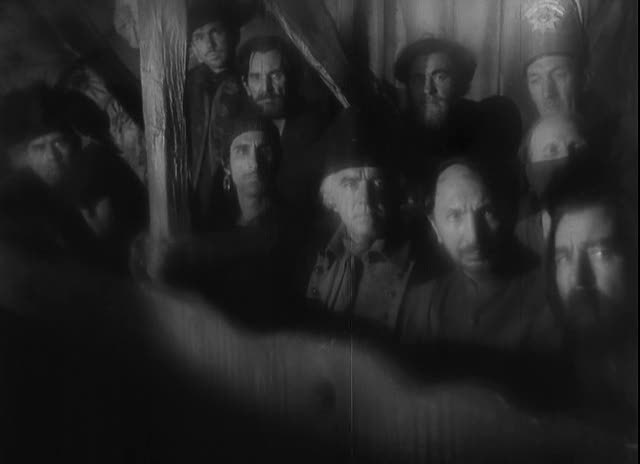 The historical Daniel Webster had the same notion, and it led him straight into the heart of the immense paradox facing the country at the time: If keeping the Union together was to be the overriding goal, then the South’s adamant refusal to give up slavery had to be accommodated. Webster, who made antislavery and populist speeches early in his career, ultimately argued vigorously for the biggest and most notorious Devil’s bargains conceivable—the Missouri Compromise and, above all, the Fugitive Slave Act. It is odd to hear Daniel Webster arguing at the film’s end that a man is not a piece of property (to be claimed by the Devil), while his historical alter ego ended his argument with slavery by actively upholding and enforcing the “property” rights of slave owners. 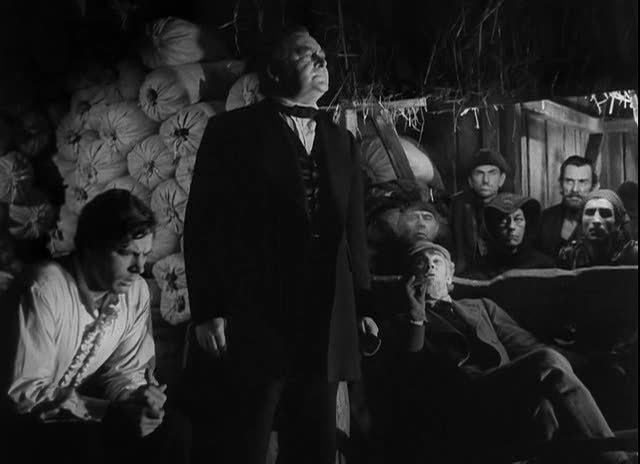 So the largest moral question in American history is present in the story and the film only by its absence. Instead, it seems that all that is required to dissipate evil is a good closing argument from Daniel Webster and a renewal of faith in the grange. There is a moment, though, present in both the story and the film, in which we are brought frustratingly close to a real engagement of the question. Just before the trial, Webster calls the Devil a “foreign prince,” and Scratch takes umbrage, claiming an American lineage to beat Webster’s own. “When the first wrong was done to the first Indian,” he says, twinkling, “I was there. When the first slaver put out for the Congo, I stood on her deck.” But nothing is made of this minor speech (which Benét cribbed from Hawthorne’s short Devil story “Young Goodman Brown”), and we are quickly hustled into the jury box to listen to Webster’s eloquence. Had it faced this troubling fact just a bit more, this minor film classic might have been truly major. Instead, the Forces of Good win all too easily. And, as he has since Paradise Lost, the Devil gets the best lines. 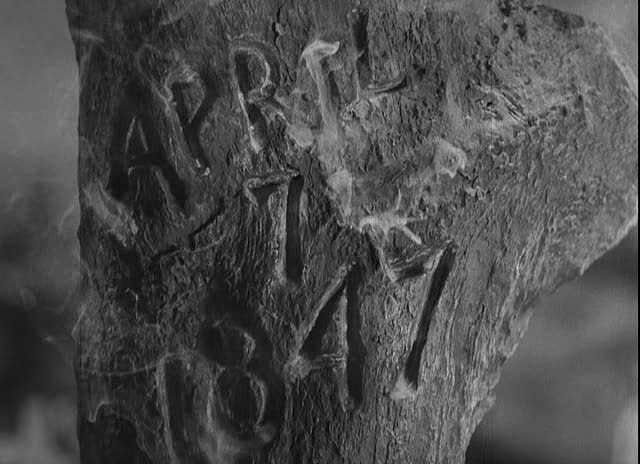