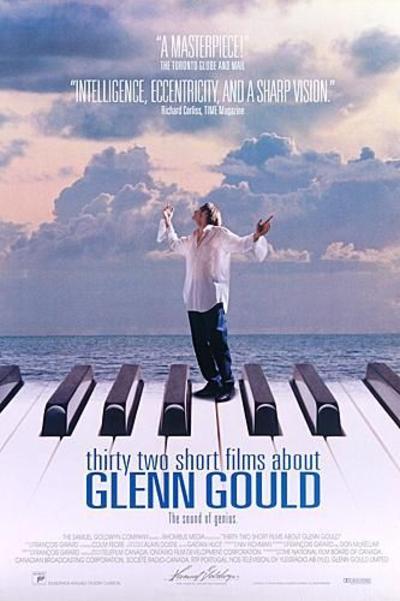 As the title suggests, this dramatised documentary about the eccentric Canadian pianist Glenn Gould is broken up into thirty-two short films (mirroring the thirty-two part structure of Bach’s ‘Goldberg Variations’, the recording that Gould made famous), each giving us an insight into some aspect of Gould’s life and career. Out of respect for the music lead actor Colm Feore is never seen playing the piano, merely reacting to Gould’s own recordings, which are extensively featured

In the control room of a recording studio, the engineers discuss the merits of taking cream in their coffee, only half-noticing the enraptured figure behind the soundproof glass. There, Glenn Gould (Colm Feore) begins by casually testing his blood pressure, then listens to a playback of his recording of Bach. To the sounds of the English Suite No. 2, he begins swaying and floating in the throes of esthetic ecstasy, his white shirt billowing in gravity-defying slow motion. Far removed from the engineers’ prosaic talk, he seems truly to have passed into another dimension.

The audience for “Thirty-Two Short Films About Glenn Gould,” a brilliant and transfixing cinematic portrait by Francois Girard, can look forward to enjoying much the same sensation. For an hour and a half, without repeating himself or resorting to tactics that are even slightly familiar, Mr. Girard, whose film opens today at the Lincoln Plaza Cinemas, thoughtfully holds the viewer in thrall.

Though it glancingly incorporates a great deal of biographical information, this carefully measured film does not choose to describe Gould in ordinary terms. Suffused as it is with the artist’s musical sensibility, it doesn’t even have to show him playing the piano. Instead, Mr. Girard explores and replicates his subject’s eccentric thought processes in a remarkably visceral way, drawing the audience palpably into Gould’s state of mind. This film works hypnotically, with great subtlety and grace, in ways that are gratifyingly consistent with Gould’s own thoughts about his music and his life.

Mr. Girard’s film is indeed a compilation of 32 glimpses, each of them instantly intelligible, some of them strung together in supremely delicate ways. The format makes dependable sense: this is hardly the first time the variations motif has been brought to bear in describing Gould. More than an homage to his triumphant recordings of Bach’s “Goldberg” Variations, this multifaceted structure seems the only possible means of approaching such a complex individual. If it sounds defiantly arty, that suits the subject and his “academic owlishness” (in the words of his biographer Otto Friedrich) perfectly. If it sounds obscure and daunting, it most certainly is not.

If anything, “Thirty-Two Short Films About Glenn Gould” should prove even more mesmerizing to those who know little about Gould’s life than to those aware that he really did have tastes for ketchup, tranquilizers, arrowroot cookies and Petula Clark (not necessarily in that order). In its own quirky way, it assembles a surprisingly rigorous and illuminating portrait of the man. Defying any usual constraints of narrative or chronology, Mr. Girard can leap freely from Gould’s boyhood to his mature work, from the hotel room to the concert stage, from the raptures of the music to silly questions asked by the press. The individual fragments are so meticulously realized that the whole becomes much greater than the sum of its parts.

Typically fascinating is “L.A. Concert,” a fine example of how cannily Mr. Girard can present the facts of Gould’s life. We first see the pianist backstage, poised over a sink, soaking his arms in steaming water five minutes before a concert is to begin. Pill bottles are conspicuously arrayed in front of him. Called to the stage, he next appears dressed and ready, maintaining a serene detachment as an aide tries to instruct him about the irritating show-business realities of the evening. Just before reaching the stage, he pauses to talk with a stagehand and winds up signing a program for the man. Only when the stagehand examines the autograph does he learn that Mr. Gould has decided to make this 1964 concert performance his last.

It would be difficult to think of a more adroit, economical way to convey all this information in a such relatively brief time. “Thirty-Two Short Films About Glenn Gould,” which was written by Mr. Girard with Don McKellar, is also able to fuse the informative with the poetic, particularly in the passages that deal hauntingly with Gould’s final days. (He died at 50, in 1982.) One of the film’s last images is of a Voyager satellite that went into space carrying aural souvenirs of Earth’s culture, including Gould’s recording of Bach’s “Well-Tempered Clavier.” The film’s announcement that the two Voyager spacecraft left our solar system in 1987 and 1989, respectively, suits its lingering impression that Gould was never quite of this world.

Mr. Feore, a Canadian stage actor, does not overwhelmingly resemble Gould, but he becomes a commanding and believable presence all the same. With a voice that has been made to sound strangely disembodied, and with the ability to project brooding, playful intelligence, Mr. Feore enhances the film’s sense of deep mystery. Equally lulling and seductive are Mr. Girard’s fluid camera movements, which enable the film to prowl and survey with uncommon ease. In the end, his methods induce a complete and satisfying immersion into his many-faceted subject.

Among the individual glimpses that must be mentioned here: “Practice,” in which Gould resonates to his own thrilling impression of Beethoven’s “Tempest” Sonata without ever touching a keyboard; “Truck Stop,” in which he hears and seems to orchestrate the voices of people around him; “Personal Ad,” in which he toys with the language of the lovelorn, then chuckles at the thought of ever representing himself in that way; “Diary of One Day,” a stunning compilation of formulas, medical notations, heartbeats and detailed X-rays of a person playing the piano. Even before the film reaches this last juncture, you will know that the heart and blood of the pianist have been captured on screen.

Also worth noting: some significant omissions. Mr. Girard knew better than to mention Gould’s intense admiration for Barbra Streisand, or to use those sections of the “Goldberg” Variations that have powerfully evoked Dr. Hannibal Lecter ever since they were used to shocking effect in “The Silence of the Lambs.” 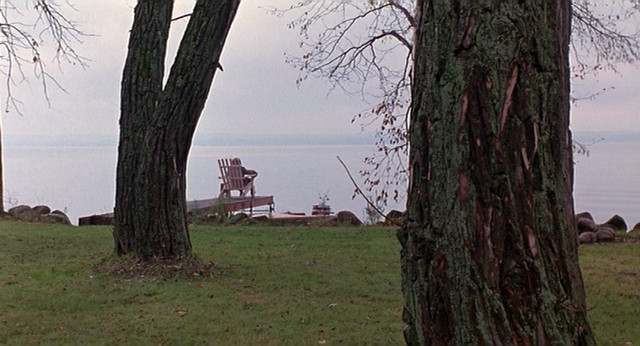 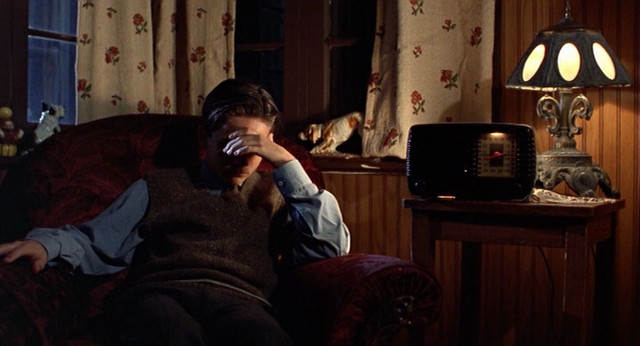 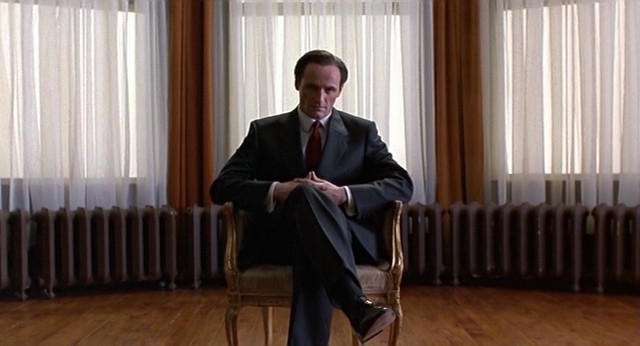 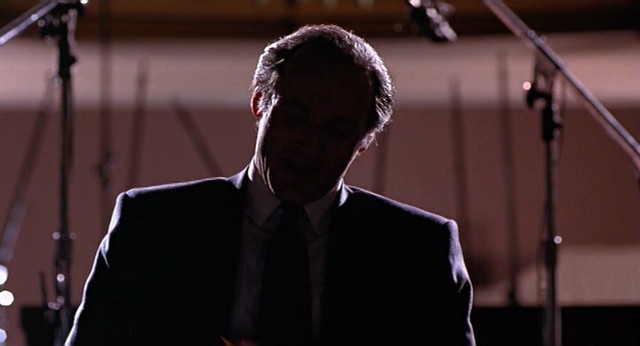 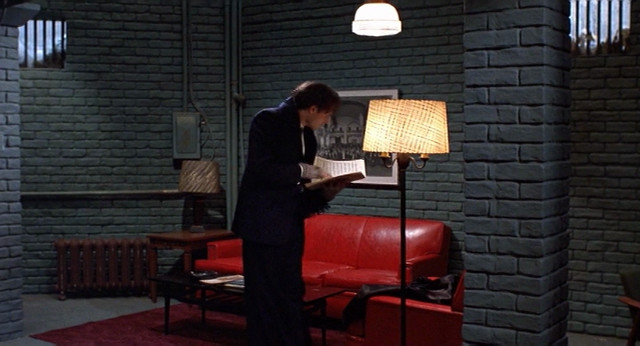 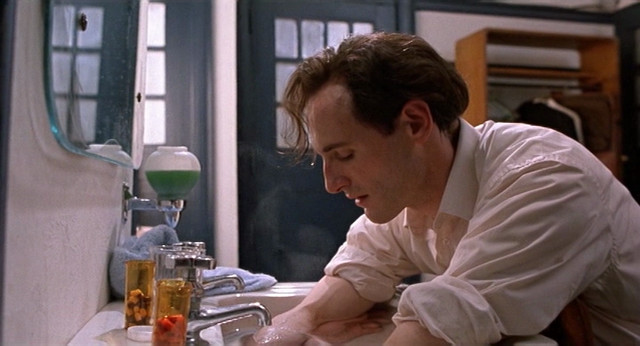