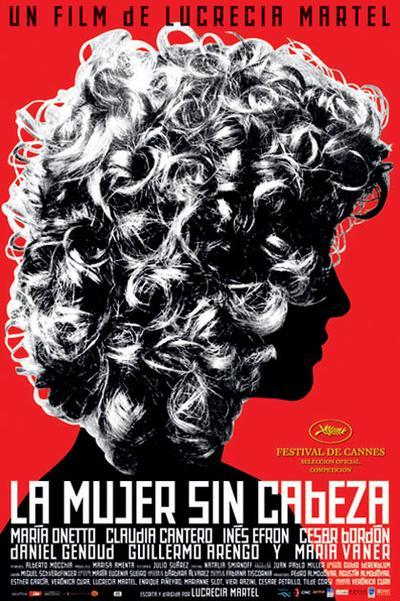 Quote:
“I feel a little … I don’t feel good.” So says Veronica, the middle-aged upper-middle-class Argentinean woman who suffers a nasty bump on the noggin early on in Lucrecia Martel’s The Headless Woman (La Mujer Sin Cabeza) and spends the rest of the movie in a semiconscious stupor, a stranger in her own body. Watching Martel’s film, which premiered midway through the 61st Cannes Film Festival, it occurred to me that Veronica’s woozy disorientation was a pretty apt metaphor for Cannes itself, where one can reliably emerge from seeing a near masterpiece only to discover that everyone — or at least the influential industry trade newspapers — has declared the very same movie une catastrophe! That was certainly the case with The Headless Woman, which was the first (though hardly the last) of this year’s competition entries to be greeted with lusty boos at the end of its press screening, putting it in such esteemed past Cannes company as Michelangelo Antonioni’s L’Avventura and David Cronenberg’s Crash. (In one of those rare alliances of Franco and Anglo sentiments, Martel’s film spent most of Cannes scraping bottom in the daily critics’ polls conducted by the British trade paper Screen International and its Gallic counterpart, Le Film Français.)

Martel’s movie — one of the strongest of a very strong festival — opens on a windy stretch of road, where Veronica runs over something with her car, bangs her head on the steering wheel, then drives on a bit farther before pulling over and staggering out into the first drops of a massive rainstorm. From there on, The Headless Woman exists in a concussive state, showing us the world through its protagonist’s highly unreliable eyes as she returns to her everyday routine, not quite sure of where she is or what she’s doing there, and beset by the nagging sensation that what she hit on the road may not have been canine after all. Like Martel’s first two features, La Ciénaga and The Holy Girl, this one is another merciless portrait of self-satisfied stagnation among the privileged elite; the movie’s running joke (admittedly a mordant one) is that Veronica’s family and friends keep assuring her that everything is perfectly fine, even as it becomes obvious that it most certainly is not.

Shooting for the first time in wide screen, Martel effects a sense of spatial and temporal dislocation that is close to the phantasmagoric subconsciousness of a David Lynch or Luis Buñuel. As she films her saucer-eyed, peroxide-blond leading lady (Maria Onetto) from a distance, in and out of focus, reflected in glass, we too begin to feel that we aren’t quite ourselves, that we are sharing in Veronica’s dark, private, waking dream. Most critics, though, were too busy complaining about being confused by the film to realize that this was exactly the point.