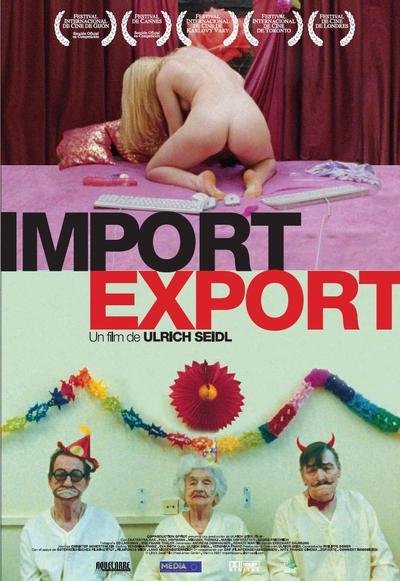 Quote:
The case of Josef Fritzl, an outwardly respectable man from Amstetten in Austria who imprisoned and raped his daughter for 24 years in a specially built cellar dungeon, resulted this summer in urgent new critical attention being paid to Austria’s cultural figures warning of a terrible malaise lying beneath their country’s prosperous surface, and that of western Europe generally. In the London Review of Books, Nicholas Spice wrote about Fritzl in relation to Gier, or Greed, the latest novel from Austrian Nobel laureate Elfriede Jelinek about the murder of a teenage girl by a police officer. Jelinek had written on her website: “Austria is a small world in which the big world holds its rehearsal. The performance takes place in the very much smaller cellar dungeon in Amstetten.”

Spice’s essay elicited a remarkable letter from Jelinek’s biographers, Verena Mayer and Roland Koberg, who revealed that Fritzl is now a suspect in the real-life unsolved murder case on which Jelinek based her novel. I wrote about him myself in relation to the work of Michael Haneke, who adapted Jelinek’s The Piano Teacher for the screen. Now we turn to the Austrian film-maker Ulrich Seidl. Writing about one of Seidl’s earlier movies, Werner Herzog claimed that he had never looked so directly into hell – with his latest film, that view is clearer and sharper than ever.

Import/Export is a bizarre, horrifying, challenging work, often brilliant and spectacular, often troubling and indeed objectionable. It is an example of Seidl’s characteristic form of grotesque realism – part Diane Arbus, part Samuel Beckett. His film addresses the human costs and human pain that globalisation brings to its migrant workforce, but on this account the conventional liberal-humanist values of compassion, though detectable, are clearly secondary to something far darker: a cinema of cruelty like something by Artaud or De Sade. There is a fierce, almost gleeful delight in contriving the most painful spectacle possible, and a laboratory coldness in the way Seidl and American cinematographer Ed Lachman film these grotesque figures in the unsettling white-walled spaces that Seidl finds everywhere, positioning them in symmetrical, rectilinear tableaux, coldly and unforgivingly lit.

This is a dual story of two unhappy souls, washed across the central European continent by the irresistible currents of international capitalism. Olga (Ekateryna Rak) is a nurse from Ukraine who journeys to well-off Austria in search of work as a nanny or a cleaner. Paul (Paul Hofmann) is an aggressive young guy with borderline special-needs who has lost his job as a security guard and owes money to various local tough guys, so he journeys away from Austria in the opposite direction. With his deeply repulsive stepfather, Michael (Michael Thomas), he goes to the frozen, desolate housing estates of Ukraine to set up hulking slot-machines. In many ways Olga and Paul are kindred lonely spirits, but there is no sentimental or fortuitous meeting.

The set-pieces that Seidl produces are jaw-dropping. The snow-bound Ukrainian tenements that he finds are colossal stonehenges of post-Soviet grimness, designed by JG Ballard. Paul comes across a huge Romany community involved in prostitution, leading to docu-nightmare group scenes that are clearly quite genuine. These are not actors.

As for Olga, one might expect that she would become involved in the west’s exploitative sex industry. Actually, this is what she has left behind in the Ukraine: webcam peep-porn in grisly little booths, contorting herself to the instructions of sweaty pervs over the phone. Heartbreakingly, her booth is decorated by a poster of a flower with the words: “Love is like a red, red rose”. Bored and disgusted by the work, Olga finally finds a job as a cleaner in an Austrian hospital and, though bullied by a spiteful ward-sister, played by Maria Hofstätter, she finds a human connection with a kindly patient, Erich, played by another Seidl non-professional regular, Erich Finsches. Paul, too, shows that he is not a monster by finally abandoning the loathsome Michael.

The critic must retrieve these decencies from a black-comic amoral inferno. Very often, it’s an all-but-unwatchable ordeal. I could not sit still for the extended scene in which Michael abuses and humiliates a prostitute in his hotel room, and felt that the scene was extraneous and unbalanced the film’s structure between Olga and Paul. Then there are the startling sequences in the Austrian hospital ward in which Seidl films old people in advanced stages of dementia, moaning and gibbering, and uses what are surely genuine non-professionals. In some ways, this is radically confrontational: why have pretending and play-acting, when you can get the real thing, Seidl appears to be saying – here, this is how life ends, and these are the people on whom we place the necessary burden of care and compassion; now take responsibility for consuming this misery as onscreen entertainment. Yet what informed consent can these people have given to be in the film? I have no idea, and I am not sure whether I can endorse these sequences, excoriatingly potent though they are. There is one thing that is beyond doubt: this extraordinary film makes everything else around look comfy and pedestrian. 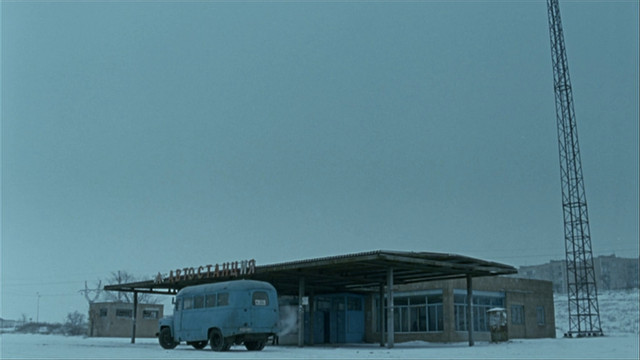 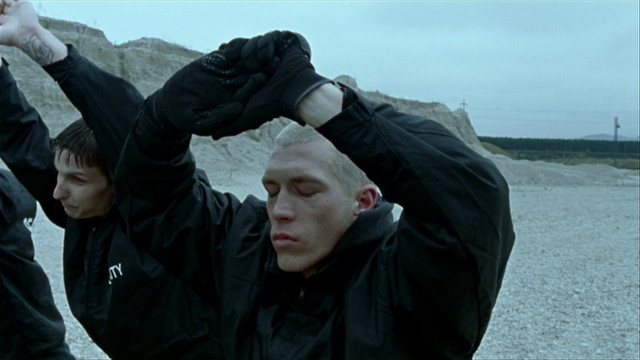 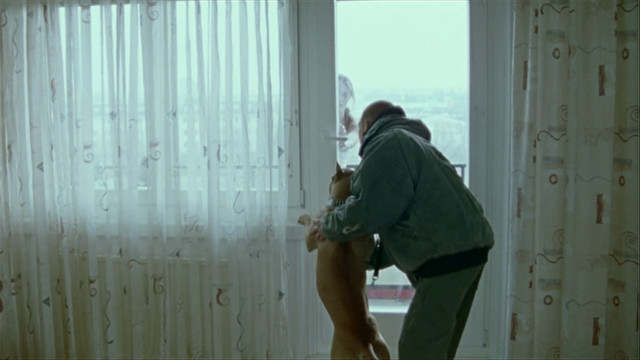 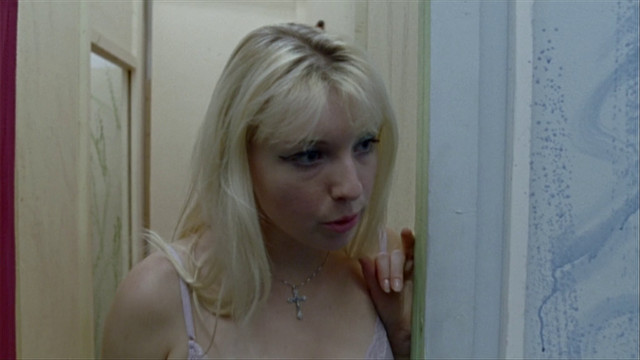 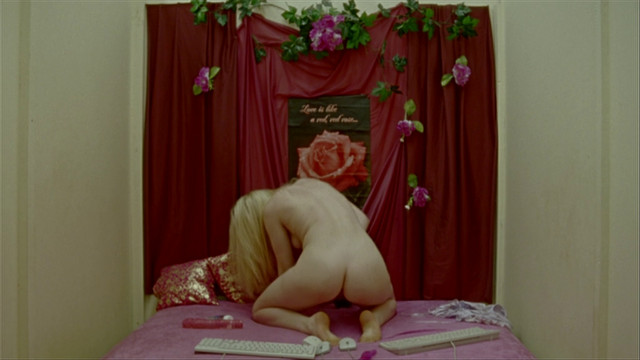 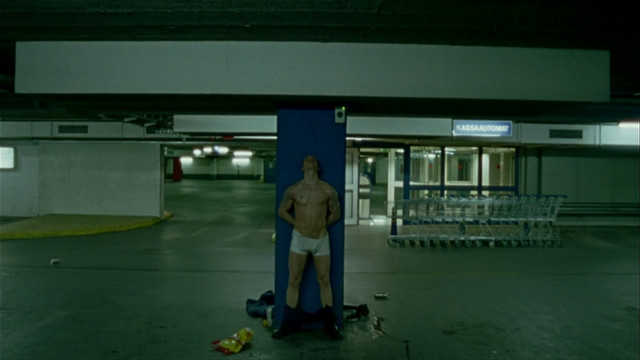 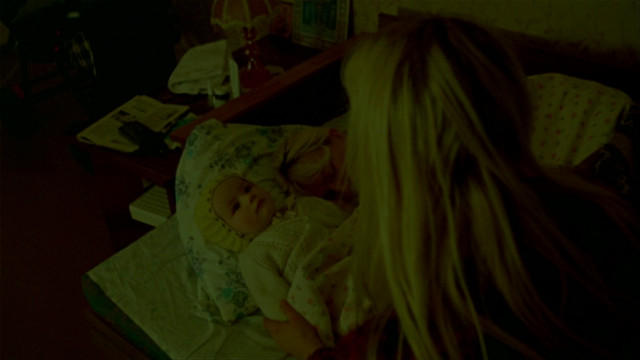 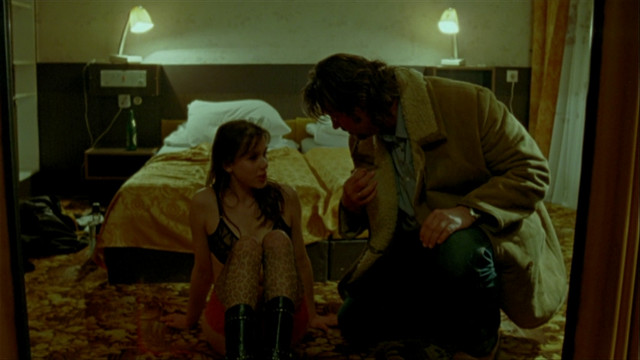 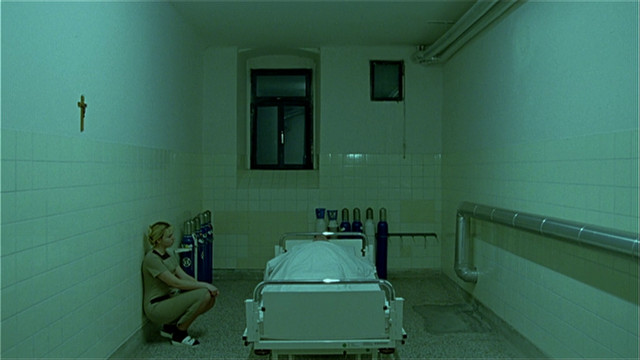