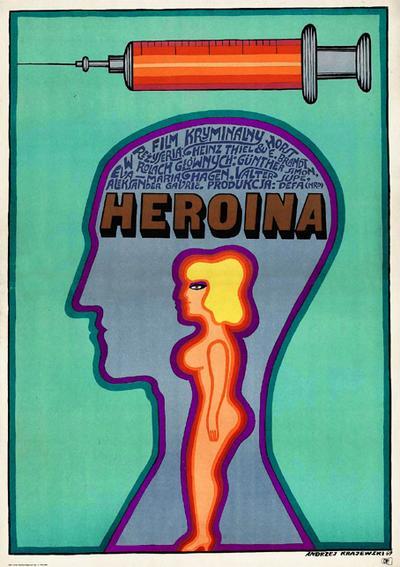 This East German movie was co-produced with studios in Hungary and Yugoslavia, with many interesting location shots (border checkpoint to West Berlin, the Gellert bath in Budapest, and more). The plot is about French drug dealers, who obtain heroin somewhere in the Middle East, and smuggle it in several steps to East Berlin, and from there to France (or so it appears), killing when necessary. The hero is an officer of East German customs, who with detective work, some masquerade, and occasional violent action ultimately unravels the whole network, of course with the support of the local customs departments.

Hartmut Bitomsky – Reichsautobahn aka Highways to the Reich (1986)