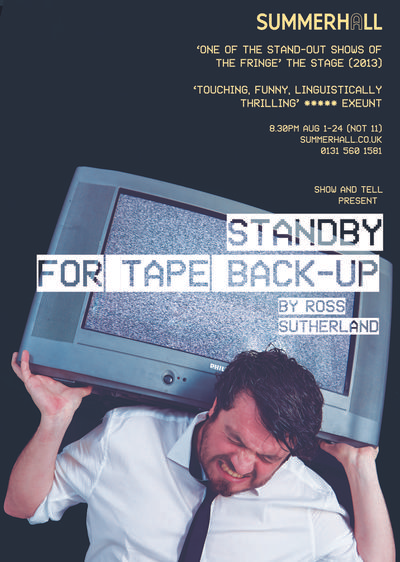 It’s extraordinary how potent cheap videotape is. That’s one of the lessons borne out by Standby for Tape Back-Up, a witty, resourceful and emotionally intense show by the 35-year-old performance poet Ross Sutherland. The stage is bare but for a chair, a TV and a wheezing VCR machine. Looking like a lone Reservoir Dog in his black tie and white shirt, Sutherland paces the stage brandishing a remote control, zipping back and forth through the images projected on the wall behind him.

What we are watching is the VHS tape bequeathed to him by his late grandfather. It’s made up entirely of a collage of films and programmes recorded partly over one another so that each clip gives way to the next through a descending curtain of fuzzy static. In the footage, Sutherland has found repeated patterns that provide gateways into his own memories, from neverending school holidays and soul-crushing day jobs, right up to the depression that consumed him shortly after his grandfather died in 2007. He shares with the audience the hidden meanings he has found within these loops of crackling, degraded video. It’s significant that what is on the tape is not The Seventh Seal. It’s The Crystal Maze and Ghostbusters and the title sequence from The Fresh Prince of Bel-Air. It is the electronic wallpaper of our lives.

Standby for Tape Back-Up was a hit at last year’s Edinburgh festival but Sutherland has been performing sections of it since 2012. “It’s exhausting to perform but it’s also exhilarating,” he tells me on the phone during the show’s current UK tour. “I have to hit a sound cue every couple of seconds for the entire hour so it’s like I’m sparring with the tape. Even though it’s just me on stage, it feels like a double-act.” One of the show’s most satisfying pleasures is the precision of those interactions with the video. As he delivers the line “I was drinking too much”, it coincides exactly with a straw popping the foil lid in a soft-drink commercial, the word “partying” matching the shot of garlanded extras in Hawaiian shirts boogieing by the pool.

When the audience files in each night, the mood is set by the sound of Pink Floyd’s The Dark Side of the Moon playing over The Wizard of Oz – a reference to the rumour, cultivated by generations of students, that album and movie are magically synchronised. Sutherland’s show is all about these cosmic patterns that lend our lives accidental meaning. “Doing the show and watching the tape over and over again, I recognised how repetition has always helped me – say, with controlling my asthma and my breathing. I was, like, ‘Oh, so I’ve been using repetition my whole life! It’s the central philosophy of my existence!’ Or maybe it’s just a version of Stockholm syndrome and I’ve simply fallen in love with my captors.”

The constraints presented by working so intimately with technology make Standby for Tape Back-Up a spiritual cousin to shows such as Daniel Kitson’s Analog.Ue (which was constructed from pre-recorded audio tapes) or Joseph Morpurgo’s Odessa (an extended riff on two minutes of US local TV news from the 1980s). “I knew I wanted to write about what was on the tape so I let that guide me,” Sutherland says. “It was really nice to relinquish responsibility and see what the tape gave me. That’s the way my brain works. Given the blank page, I’ll write doggerel and cliché. Put obstacles in my way and hopefully something else happens.” He has long been a practitioner of the Oulipo school, which insists on restrictions and impediments within which creativity is forced to flourish (examples include A Void, Georges Perec’s 1969 novel which avoids entirely the letter “e”, or univocalism, poetry that restricts itself to a single vowel). “The idea is that making it as difficult as possible to write forces you to go deeper. The Oulipo call themselves rats trying to escape from a labyrinth of their own devising.”

But it is significant also that Sutherland, like Kitson and Morpurgo, is working with outdated technology that provides an inbuilt reflection on the fragility of human memory. It also allows for some unexpected poignancy: you can date the average age of the audience by the volume of the knowing chuckles that spread around the theatre when Sutherland tightens the cogs of the videotape before inserting it into the machine, or the gasps of recognition that accompany the naff early-1990s NatWest advertisement.

“The quality of video was terrible, there were so many ways it was shitty, but now all those idiosyncrasies are gone, we find ourselves really missing them. Video was a physical, vulnerable medium. It wasn’t the cloud. We could hold it. It would misbehave.” He lets out a groan. “Oh man, I’ve just realised I sound like those people who moan about the death of vinyl.” But then every generation has its equivalent of “it was all fields around here when I was a boy.” It’s only the iconography that changes.

In a nice instance of circularity, he recently completed a film version of the show, co-adapted with Beyond Clueless director and Guardian Guide contributor Charlie Lyne. With Sutherland’s amiable stage presence gone, replaced by his voice alone, the film is a thorough reimagining that feels colder and creepier than the show. But there’s something fitting about taking an idea spawned by videotape and returning it now to the recorded image. It resembles a kind of interment. “This is me closing the loop,” he says. “Maybe I should transfer it on to video and put the whole thing back in the loft where I found it.” 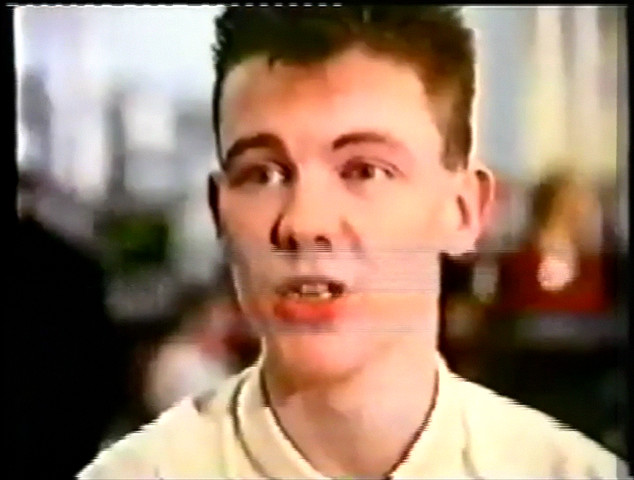 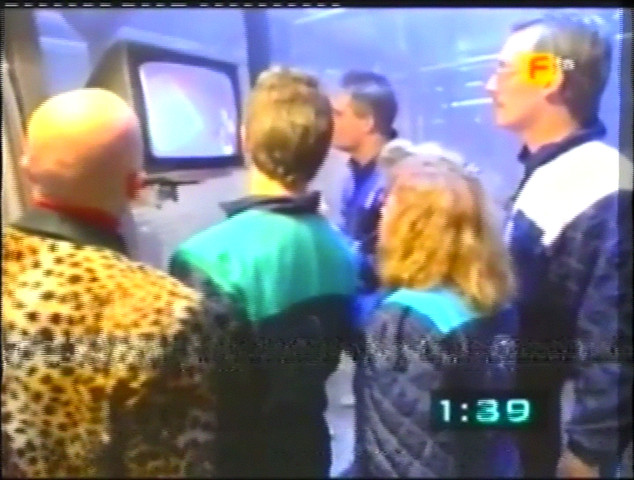 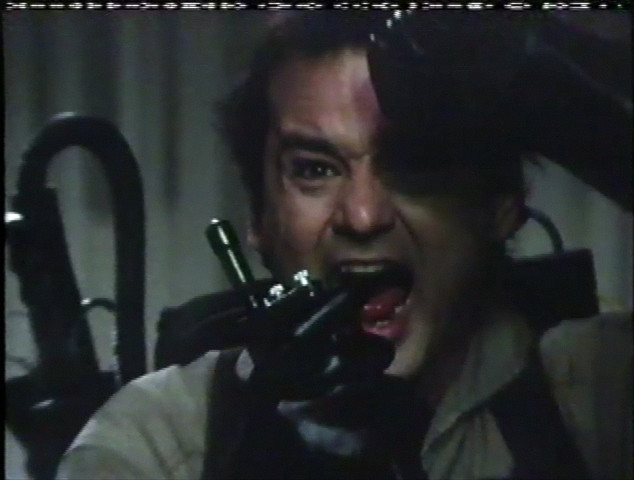 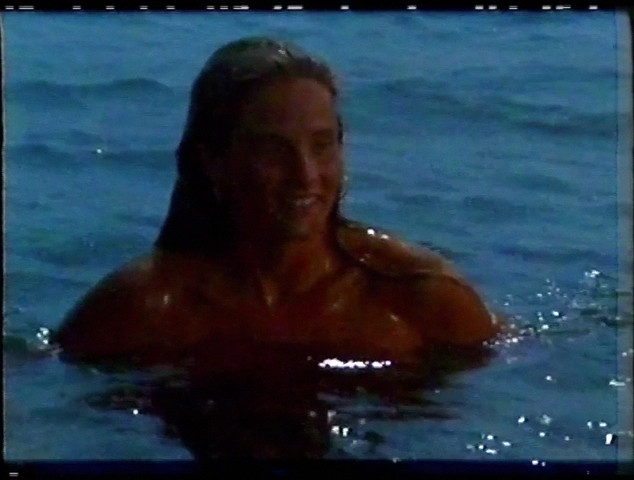