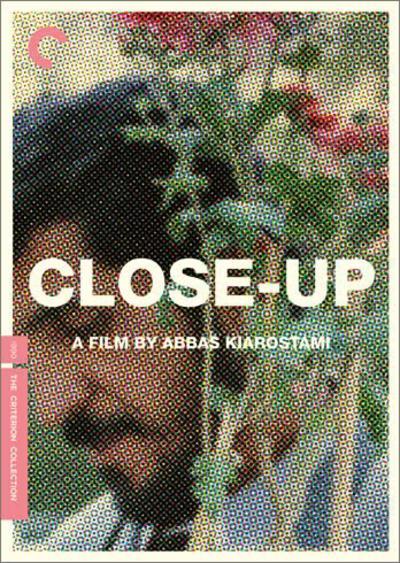 Quote:
In 1989 in Tehran, a movie mad unemployed printer named Ali Sabzian was arrested for impersonating the famous film director Mohsen Makhmalbaf. The family he had fooled was deep in rehearsals for his next “film” when they alerted authorities of their suspicions. “I loved playing that part,” confesses Sabzian in his trial. When the judge asks the Ahankah family if they will drop the charges in light of Sabzian’s apologies and explanations, one of the sons replies “I get the impression he’s still playing a role.”

These moments from the documented trial resonate through Close-Up, Abbas Kiarostami’s 1989 film of the event. Kairostami, best known to American audiences for Through the Olive Trees and the Cannes Film Festival Palme d’Or winning A Taste of Cherry, read about the story in the papers and convinced Sabzian and the Ahankah family to play themselves in a dramatic recreation. The case itself is hardly sensationalistic. Sabzian met Mrs. Ahankah on a bus and passed himself off as Makhmalbaf (the scene is recreated by the participants in the middle of the film and establishes an unusual bond between the two—when the police come to arrest him in a later recreation she steps up to stop them). It’s simple bit of role playing that Sabzian pushes into an elaborate charade when he proposes that the family act in his next film and becomes a frequent visitor to their house. Intercut with these extended scenes is the documentary record of the real trial (which Kiarostami convinced the judge to let him not only film but in some ways shape for the camera) and a series of on-camera interviews. What emerges isn’t so much a merging of the two forms as an inquiry into the very nature of cinematic representation.

The family suspects Sabzian of casing the house for heist and looking for “investment dollars” for his film (“I really would have shot the film if I had the money,” offers Sabzian in his defense), but the monetary terms their actual loss is limited to a loan of 2,000 tomans. The real damage has been one of trust, of intimacy: Sabzian so insinuated himself with the family that when the police come to take him away Mrs. Ahankah attempts to stop them. In interviews with Kiarostami the sons feel the betrayal while the father plays it cool, insisting to the camera that he was always suspicious. But you have to wonder—is he too now playing a part, that of the in control patriarch, while his sons take up the mantle of outraged victim?

Kiarostami pushes and pulls at our relationship to the screen story. He opens the film with an almost laughably bald bit of exposition as journalist Hossain Farazmand (the reporter who broke the story, playing himself in the recreation) explains the story to a pair of policeman on their way to arrest Sabzian. As the police go in to make the arrest, the camera remains outside the gates of the house with the driver, finding a quiet drama in the waiting: chatting with the cops, plucking flowers from a pile of leaves in the street, kicking an aerosol can down the street, where Kairostami watches it roll and roll and roll down the hill. None of these details are necessary to the central story but they add up to some of the most memorable moments of the film. When the reporter reemerges (after a desperate search for a portable tape recorder) he gives that aerosol can a triumphant kick to end the scene.

Much of Kiarostami’s cinema—of Iranian cinema [in this era] as a whole, in fact—explores the relationship between spectator and screen and the nature of cinematic representation. In Close-Up we see these ideas in the forefront (years before similar approaches in films as Mohsem Makhmalbaf’s A Moment of Innocence, 1996, and his daughter Samira Makhmalbaf’s The Apple, 1998). On the surface is the story itself, which played out in three arenas: the recreations (a mix of scripted drama and improvisation), the on-camera interviews, and the court footage. Even taking away my own skepticism (after a few years of Iranian cinema, I no longer readily accept anything as “real,” at least in the documentary recording sense, anymore), what we’re seeing is not layers of reality but performance; what comes across most strongly is not the gap between dramatic recreation and documented “news,” but how in every venue the players put on their public faces for the camera, for the judge, for their fellow participants.

Kiarostami is no judge; he’s not after guilt or innocence, but people in all their complexity, and he investigates with love. In the latter half of the film Kairostami replays the arrest scene from inside the house. Sabzian, who has never made a film, pours out his passion for cinema in long philosophical pronouncements on art and truth. The multiplicity of screens between performer and event is astounding: the real life con man, who escapes his lack of self esteem by play acting the part of a great artist, now plays himself playing that part in a dramatic recreation where, for those moments, he becomes a filmmaker in his own right. Is this expression any less real than the documentary footage of the trial? If he is, as the son insists, “still playing a part” in the courtroom, is this in fact more real? Or is it simply just another hidden facet of the man, the truth pulled out of a multitude of fictions.

By the end of Close-Up the seeming simplicity of technique has given way to a remarkable complexity, like a Renoirian take on Citizen Kane where the truth is not found under the masks but in their fusion. In the final scenes, a brilliant mix of contrivance, intimacy, distance, and dramatic closure peered into like a voyeur, questions of performance and spontaneous action are tossed to the wind in a moment of emotional power. Maybe we are all actors on a stage, but that doesn’t make our performance any less poignant. Or real. 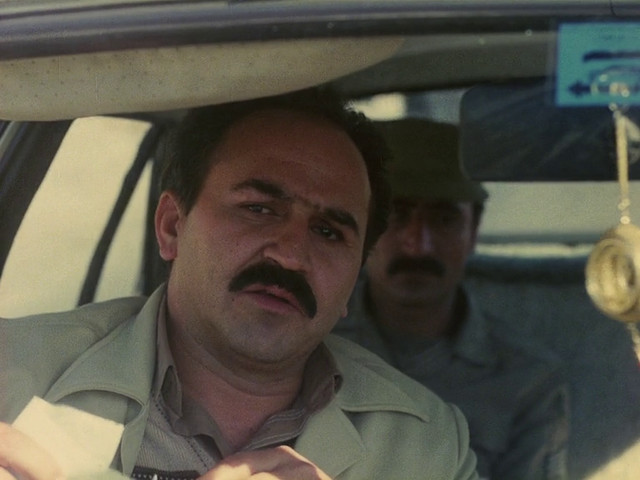 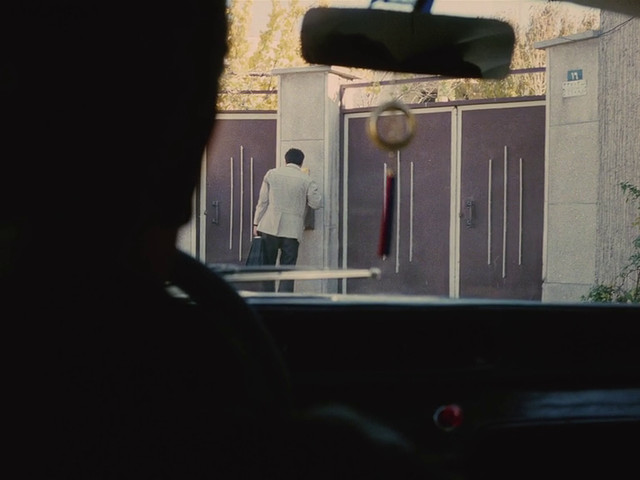 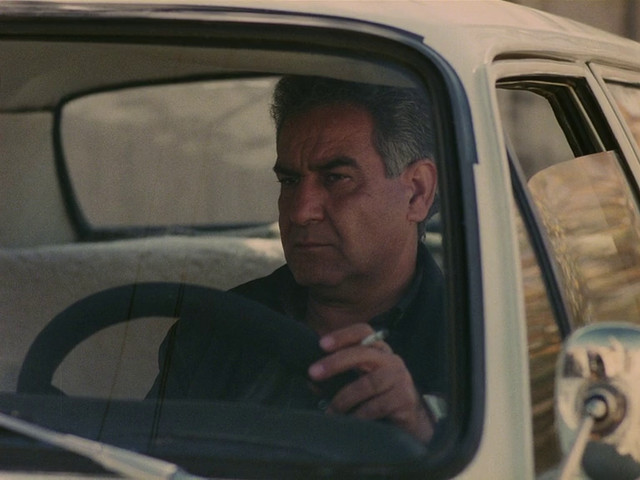 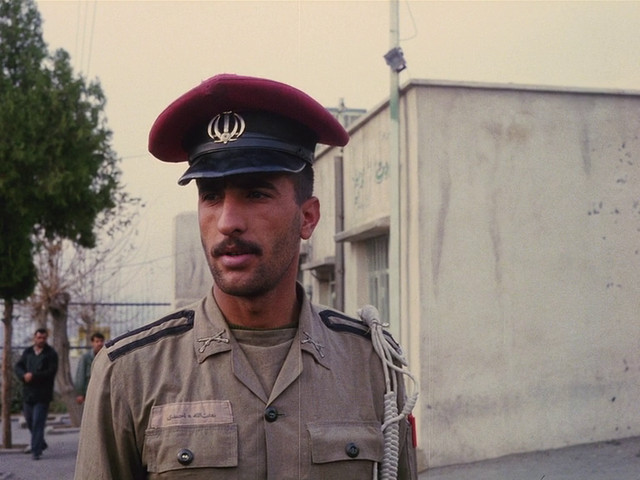 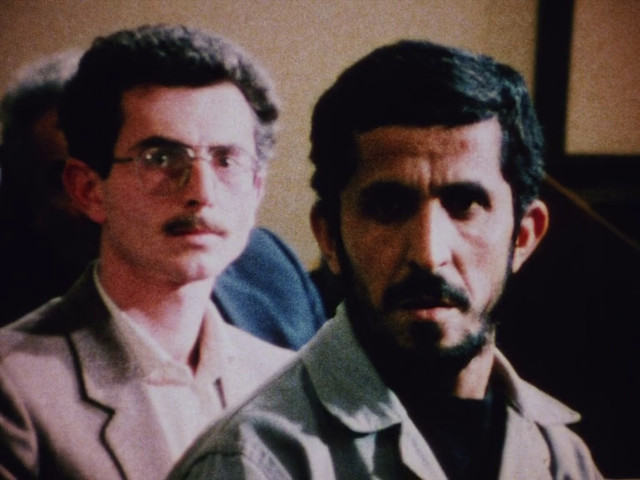 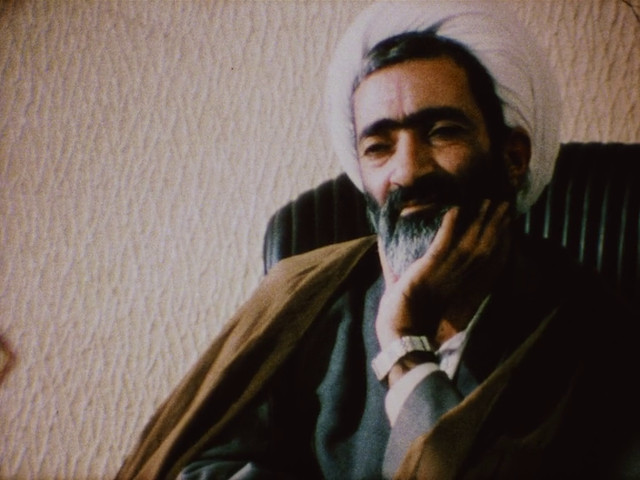 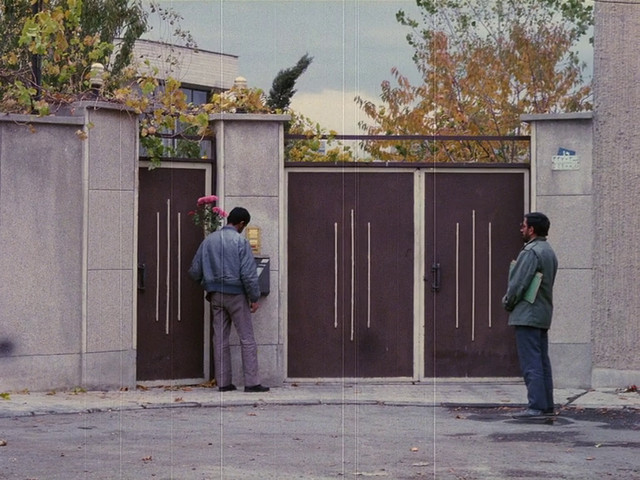