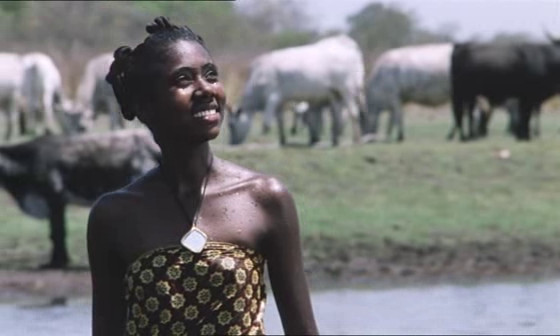 In the colorful forest village of Amanha Lundju, tradition demands that when a child is born a tree be planted. As the tree grows, it becomes the twin of the growing human being. At the same time, trees are constantly being felled for firewood and buildings, and the threat of organized deforestation by the state hovers ominously.

Dou (Ramiro Naka) returns to the village from his wanderings to learn that his twin brother, Hami, has just died under mysterious circumstances. He has to take on Hami’s widow and child, to the dismay of his promised bride, Saly (Edna Evora). Everyone seems to confuse Dou with his dead brother, including his aged, mystical mother. Dou talks to Hami’s tree to understand what ails the village, while in a breathtaking silent sequence his mother calls Hami’s spirit down from the beyond.

Ominous portents make the witch doctor Calacalado (Adama Kouyate) order the villagers to leave their homes and embark on an exodus into the desert, following the lead of Dou and Saly. The grueling trek takes its toll on the weak and the old. After Saly and other women give birth to babies in the treeless land, Dou orders his people back to Amanha Lundju, where a surprise is waiting for them.

Gomes puts together an often dazzling patchwork of rituals, traditions and folk art, interpreting and aestheticizing them with cinematographer Vincenzo Marano through expressive camera movements and the bold use of color. The faces and bodies of the actors, including leads Naka and young Evora, have a strong carnal presence and a dreamy depth. Other characters, like the powerful, wise witch doctor and Dou’s old mother, create memorable archetypes.

“Tree of Blood” owes a visual debt to the work of Mali director Souleymane Cisse, particularly evident in the majesty of the desert and river scenes and breathtaking aerial shots of the African landscape.

Like Cisse, Gomes uses oral storytelling and legends lost in the mists of time to say something universal about African people. One of film’s finest scenes is the meeting and mingling of two large tribes in the desert, shot from a godlike overhead perspective.
Glimpses of native artwork and amazing geometrical houses add to the film’s high visual quality. 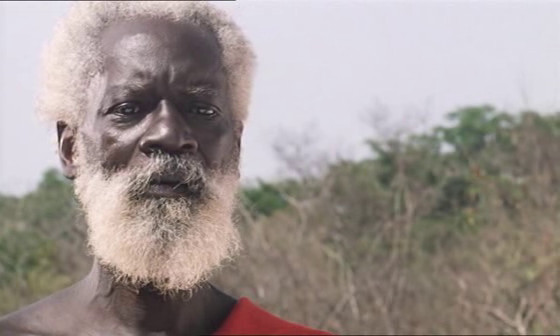 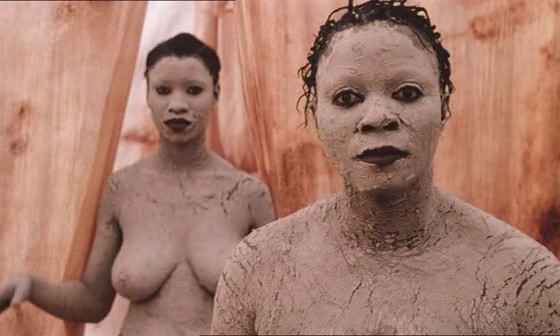 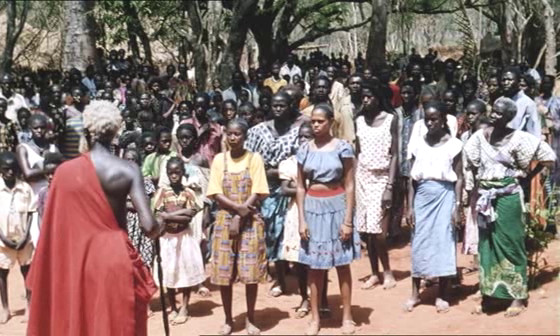 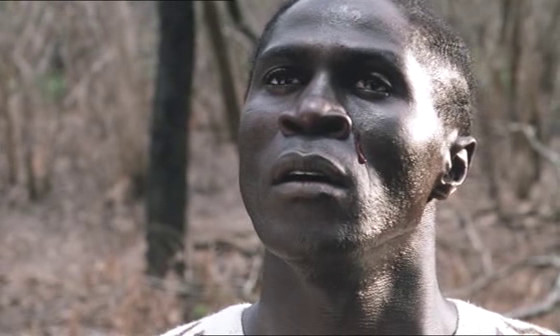 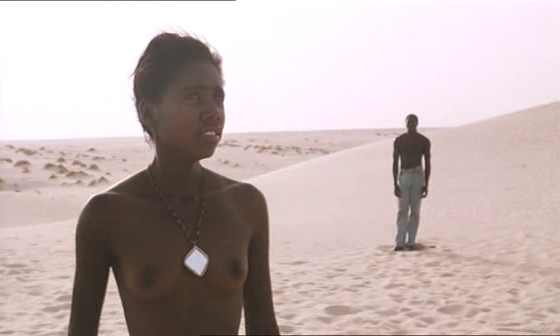