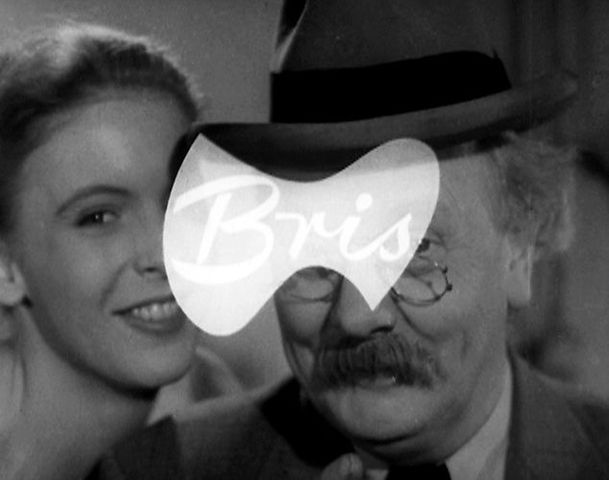 In 1951 there was a conflict in the Swedish film industry. The production companies had declared a ban on filming in protest against the high rate of tax on entertainment. Recently remarried, Ingmar Bergman, found himself with three families to support, and his contract with the Gothenburg City Theatre had expired. In order to earn any income whatsoever that year, he agreed to direct nine commercial for Bris soap on behalf of Swedish Unilever. It seems more than a coincidence that Sweden’s most famous film director should be the one to take the country’s advertising to a higher plane: the Bris films were the most lavishly funded that the country had ever seen.

The films were made under highly serious and professional conditions. Bergman was given access to the same technical equipment that he would have used for a feature film, and he chose Gunnar Fischer as his cameraman. He also had total control over the films from screenplay through to final cut.

Despite being made on commission, the films are both intelligent and interesting in their manner of execution. Operation and 3-D for example, are both introspectively modernist in a style reminiscent of Prison and Persona. Operation takes place in a film studio where they are making a commercial for Bris. 3-D takes place in a cinema where the audience is tricked by a 3-D film, once again about Bris. This may be considered somewhat odd, since Bergman would be quoted in a newspaper interview several years later under the heading ‘Ingmar Bergman warns against special effects: ‘Cinemascope and 3-D films are ridiculously stupid and ugly!’?’

Perhaps the most interesting of the nine is Rebusen, as it shows how a film is put together from a series of disparate takes, only acquiring meaning once they come together. In the context of advertising, this simple lesson in filmmaking is almost subversive, since it reveals in an informative manner how film can be used to sell virtually anything.

Quote:
“Originally, I accepted the Bris commercials in order to save the lives of my self and my families. But that was really secondary. The primary reason I wanted to make the commercials was that I was given free rein with money and I could do exactly what I wanted with the product’s message. Anyhow, I have always found it difficult to feel resentment when industry comes rushing toward culture, check in hand. My whole cinematic career has been sponsored by private capital. I have never been able to live on my beautiful eyes alone! As an employer, capitalism is brutally honest and rather generous – when it deems it beneficial. Never do you doubt your day-to-day value – a useful experience which will toughen you.”

Bergman in Images: My Life in Film:

Everyone’s gotta pay the rent, even famous Swedish film directors like Ingmar Bergman. In 1951, the country’s film industry was in shambles and Bergman needed some cash, so he agreed to direct a series of nine commercials for the Swedish Unilever soap brand Bris. And lucky for us, fifty years later, some of these commercials have made their way to the YouTube.

Above, we see the commercial “3-D Tredimensionellt.” A scantily clad woman strides onto the screen at a movie theater, whose patrons are obviously awaiting a 3D flic. Their faces show surprise. This particular 3D movie seems *so* realistic. As she begins to bathe (clothed, of course), she switches on the water and sprays the crowd. Hey! What’s going on here? It’s almost as if she’s a real person.

One moviegoer makes eye contact with the camera. He’s got a conspiratorial look. Maybe he’s a bit randy, too. It’s as if he knows exactly what’s going to happen later in the commercial.

And then we cut back to the commercial, wherein the spokeswoman presumably says some nice things about Bris soap while sitting in a bathtub. She even holds out the soap for the man we’ve met before and he inhales deeply and sensually. “Ahhhh…” She bathes and shills some more (I think I catch her saying that the soap prohibits bacteria). Eventually the crowd claps for her. But as she attempts to walk off-screen, though, a tragedy befalls her! She slips on the soap and gets stuck in a flilckering, animated-gif-like pratfall loop.

Soon, though, we see that all is well. The soap lady has landed in the arms of the randy man. You see, this was no 3D movie; it was real life. Everyone was fooled! Except for the old dude that gets the girl, that is.

One final note. At the end of the video, the word “SLUT” scrolls up the screen. This is not a commentary on the morals of the woman in the advertisement, but rather the Swedish version of “FIN” or “THE END.”

Review in The Atlantic 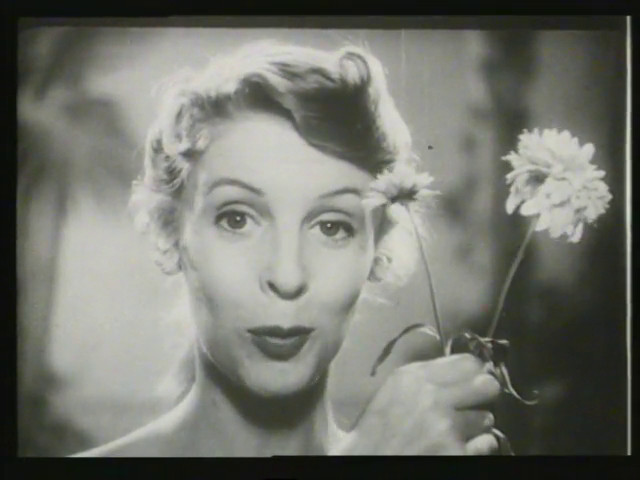 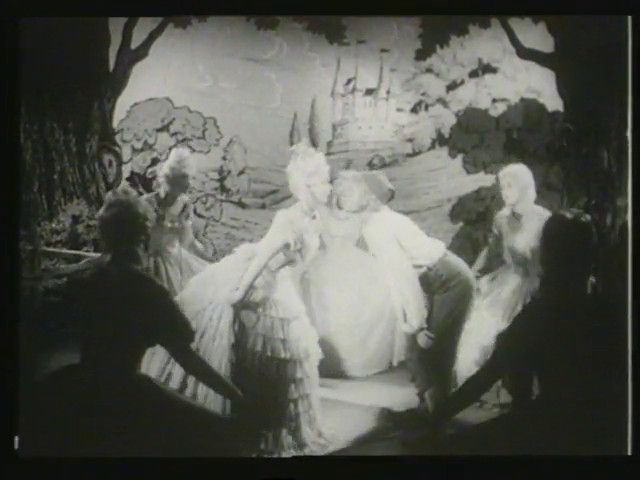 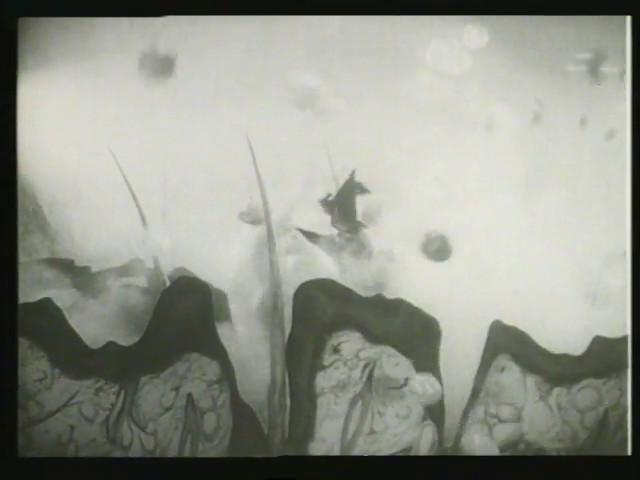 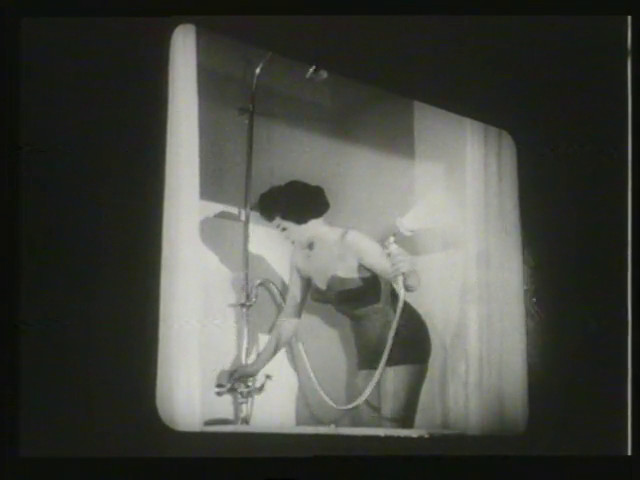 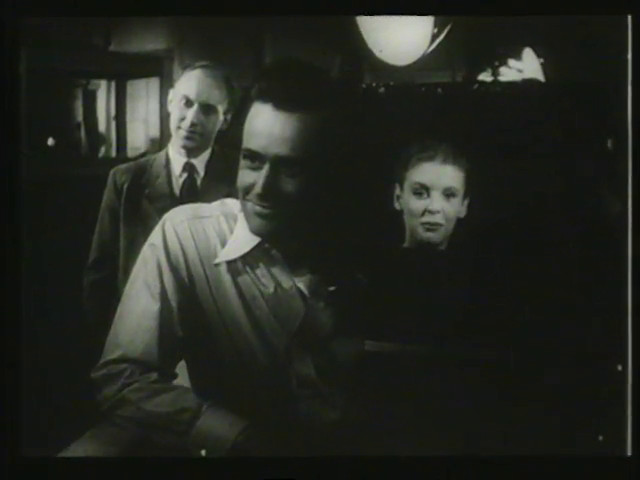 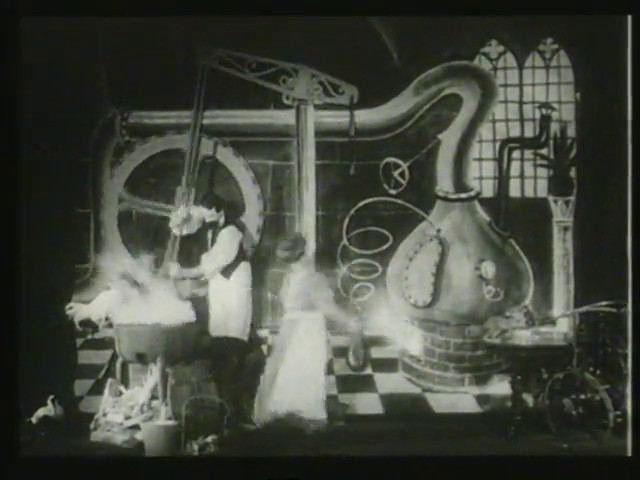 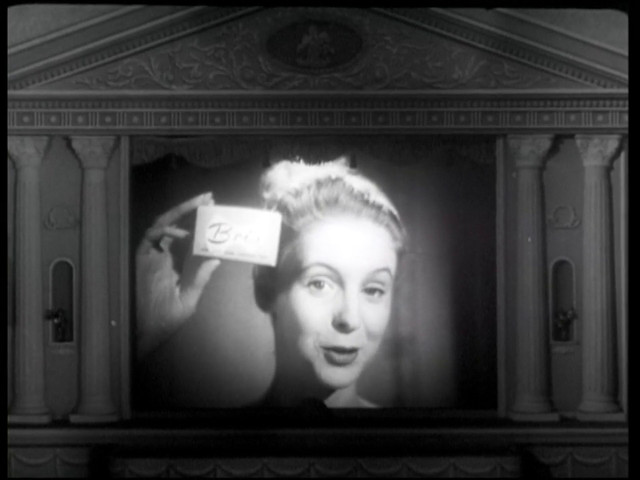