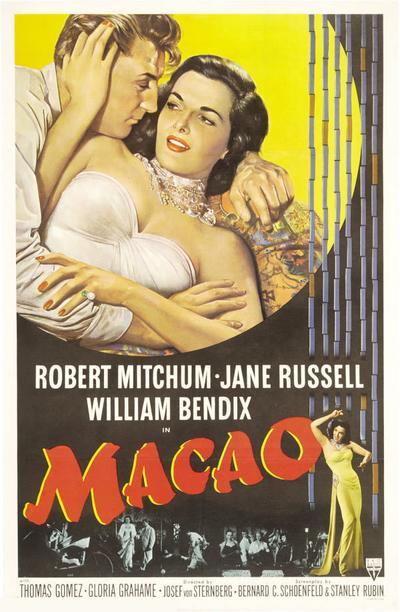 Synopsis:
A sultry night club singer, a man who has also traveled to many exotic ports and a salesman meet aboard ship on the 45-mile trip from Hong Kong to Macao. The singer is quickly hired by an American expatriate who runs the biggest casino in Macao and has a thriving business in converting hot jewels into cash. Her new boss thinks one of her traveling companions is a cop. One is — but not the one the boss suspects.

Review:
A wonderfully tongue-in-cheek scripted RKO adventure story directed by Josef von Sternberg (“Shanghai Express”/”Morocco”/”The Shanghai Gesture”). Most of the action scenes were re-shot on studio orders (Howard Hughes and his lackeys) by Nicholas Ray–though it retains that unique Sternberg look and feel.

It’s based on a story by Bob Williams; the screenplay is by Stanley Crea Rubin and Bernard Schoenfeld. The story is set in the exotic port of Macao, located off the south coast of China, some 35 miles from Hong Kong. It’s an ancient Portuguese colony, considered by many as the “Monte Carlo of the Orient.”

Three Americans are on ferry boat that left Hong Kong for Macao, and all with different reasons for choosing to come here. Julie Benson (Jane Russell), a sexy lady with a chip on her shoulder, is an unemployed singer and world weary passenger, who had her passage paid for by a sleaze who forces himself on her as the implied payment for the ticket. Nick Cochran (Robert Mitchum) rescues the damsel-in-distress from her sexual attacker and as a reward Julie picks his pocket while giving him a kiss. He’s a former sailor, who’s on-the-lam over petty criminal charges he faces for a fight he got into back in New York five years ago over a redhead; and, the down-on-his-luck adventurer would rather keep drifting around the world than return home to face the music. Lawrence Trumble (William Bendix) poses as a traveling salesman, but the jolly traveler is really an undercover NYC policeman on assignment to arrest Macao underworld crime boss Vince Halloran (Brad Dexter) for having his Chinese knife to death a fellow NYC policeman because he was hot on the smuggler’s tail. Halloran, an American expatriate, runs most of Macao, including a gambling casino. The problem is Halloran can’t be arrested in Macao, only in international waters if he goes three miles outside of the protected area. 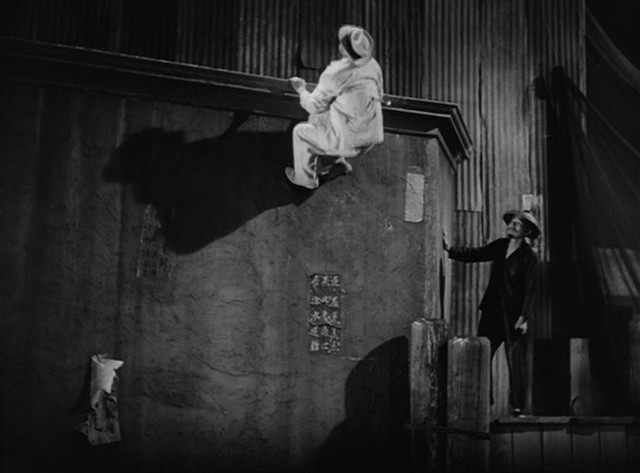 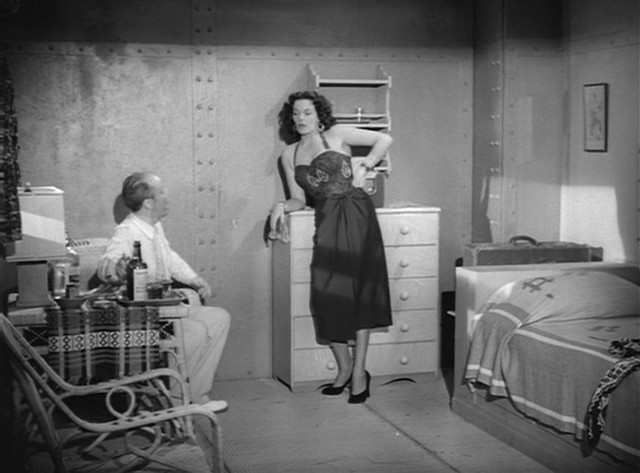 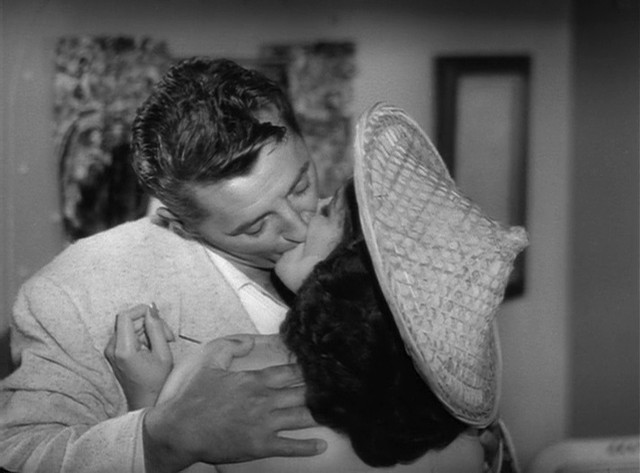 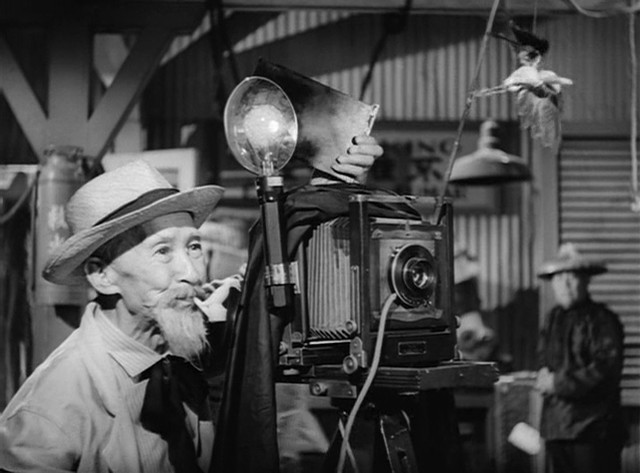 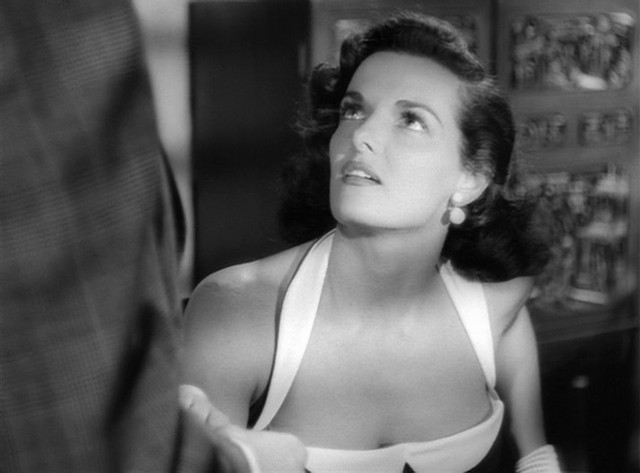 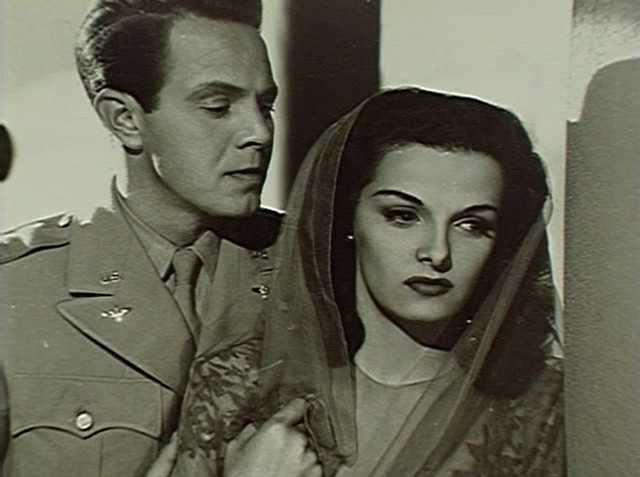 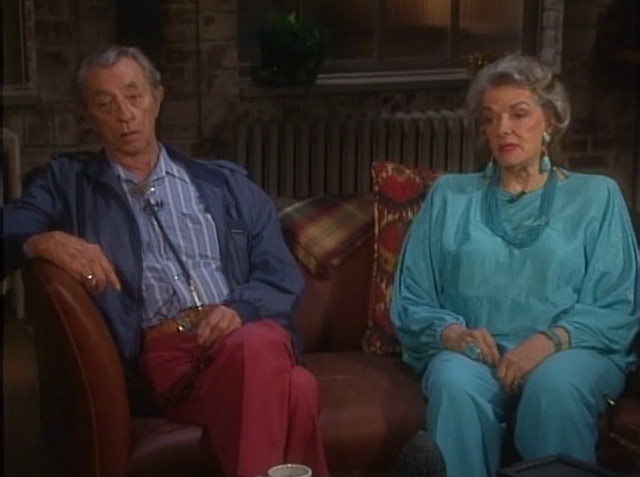