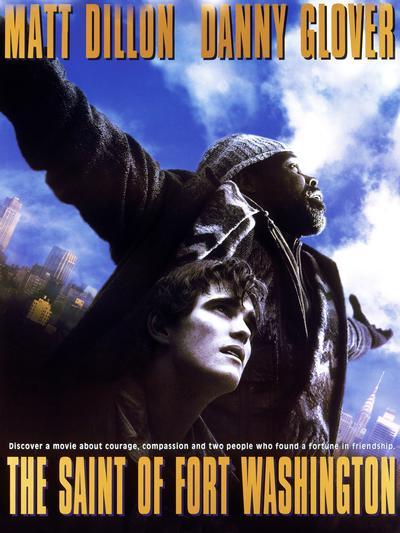 PLOT:
Matthew, a young schizophrenic, finds himself out on the street when a slumlord tears down his apartment building. Soon, he finds himself in even more dire straits, when he is threatened by Little Leroy, a thug who is one of the tough denizens of the Fort Washington Shelter for Men. He reaches out to Jerry, a streetwise combat veteran, who takes Matthew under his wing as a son. The relationship between these two men grows as they attempt to conquer the numbing isolation of homelessness.

From IMDb:
You and I can usually put the homeless out of our minds. It is said that if you truly felt the misery of the homeless, you would go mad. I could not watch this movie all the way through at one sitting, but had to take it in increments. You know tragedy will occur, as though the wasted lives of the hundreds of vagabonds, mentally ill and veterans on the street isn’t itself a crime.

As someone who sometimes serves the homeless at the Arlington Street Church in Boston, I know these people. They act like the software engineers I work with ‘so long as they are on their ‘meds”. That we are so savage a society that we no longer take upon ourselves the obligation to do good to the helpless, to house them as we did in a more civilized time, that’s just one of the many signs of our downfall as a society.

No preaching in this movie, however. Danny Glover’s and Matt Dillon’s eyes tell it all. I think one reason we have so many humanitarian actors is because they have to play the roles of the downtrodden and in doing so, become empathetic with them. Since many writers, musicians, actors were blacklisted or attacked for their heroic stands, they know the hurt of the mob or bullying police themselves.

Dillon and Glover went out on the streets and lived among these denizens of the sewers, these reminders that we have regressed to Dickens’ time. The complicity of the Shelter police in the beating and murder is something that will make you retch, as the sharks of the night rob the other homeless of their pennies, armed with knives that somehow get through the metal detectors. You have no reason NOT to believe the various anecdotes that emerge, from the retarded couple and their pregnancy to the old man with the arthritic fingers, sharing his soup to the Vietnam vet with shrapnel still in his knees, screaming in pain when his drugs give out. The sharing of the homeless with the others in the same state is something that few of us in the ‘burbs will ever do,

You keep thinking something beatific will happen as the boy has visions of a happy life in glorious Technicolor, but the drab colors of the mean streets of New York remind you that it’s all in his head. YOu will never pass up another street hustler with his roses on Mass Ave., trying for a few bucks to ease whatever horrors brought him to this place in life. YOu will want to open wide your home to every vagrant in the Pine Street Inn.. Yet fear will stop you: fear that some will be as the murderous hustlers of the night in those shelters. You understand why some of those you serve dinner to won’t be caught dead in a shelter, for fear they WILL be.

The city of New York aided in filming this important movie, which should be shown to every HIstory class, every Sociology class and to every recruit thinking he will return to Glory when his time in Iraq is over. They’re already joining the Vietnam vets in homelessness, as this movie shows.

The most horrible scene is the movie however, shown so poignantly and understatedly by Dillon, is when he tries to return home after his slum apartment is razed. His mother has moved to Florida, and left the key with a neighbor who refuses to let him in his ‘family home’ in the Bronx. You have no understanding for how a mother can desert her mentally ill child……the joke is made painfully real. “My folks left while I was out and left no forwarding address.” For the first time in my long life, I visit a Potter’s Field and am told “There is no funeral.” They are buried in a mass grave, each in a wooden box. Even as we are shown the box, the photos left as a memorial blow away, leaving no trace of that human being’s individuality, his genius. Having met many intelligent, well-educated homeless whose shell is too brittle to bear the ‘slings and arrows of outrageous fortune’, I wonder how we in this country dare call ourselves ‘civilized’. Yet I remember the admonishment in my training in Clearwater, when i volunteered to help out at a church’s homeless shelter: “Don’t ever think you can change them, can make their lives right again. You can only serve them where they are.” This movie makes even more clear why the homeless man snapped at me, as I whistled while cleaning up the mats in the morning: “What are you so happy about?” Maybe he knew what I didn’t: I was whistling because I wasn’t him. Great movie, but for God’s sake, don’t ignore what you take from it. Dillon and Glover punch up the point: There but for the grace of God go I. No wonder this movie wasn’t ‘popular’. It points the finger right at you and me, for the injustice we do to these, the helpless. 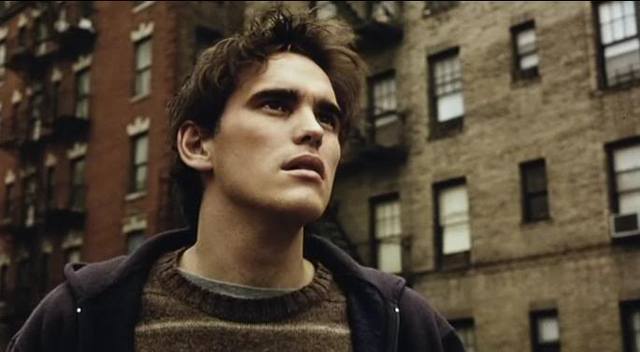 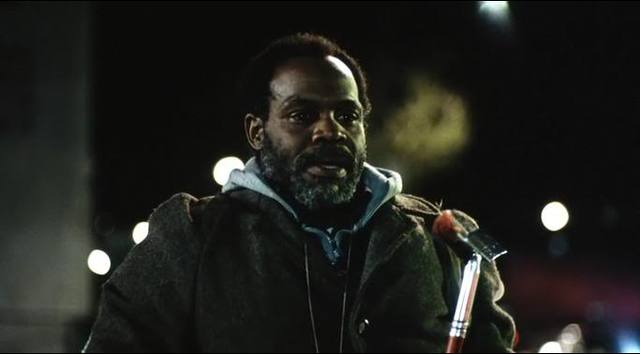 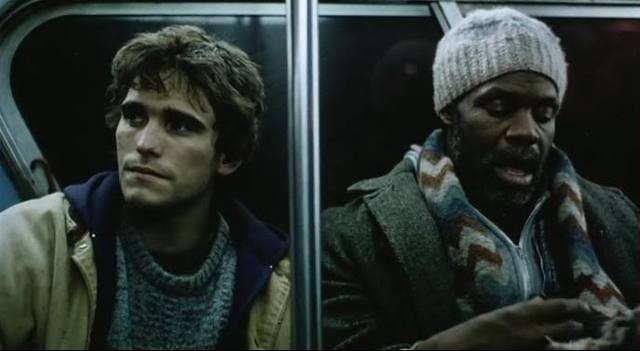 Previous: Masaru Konuma – Tsuma-tachi no seitaiken: Otto no me no maede, ima… AKA Wife’s Sexual Fantasy Before Husband’s Eyes (1980)
Next: Wim Wenders – In weiter Ferne, so nah! AKA Faraway, So Close! (1993)