Andrzej Zulawski – Na srebrnym globie AKA On the Silver Globe (1987) 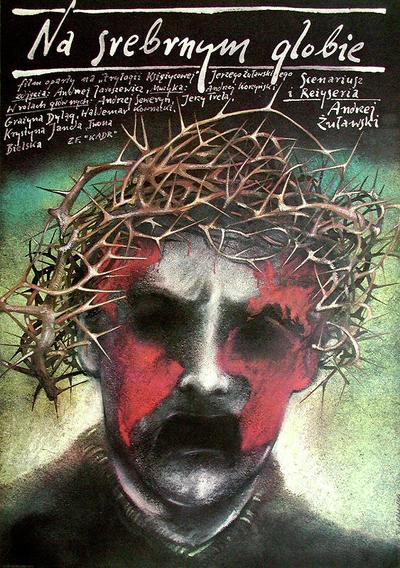 Quote:
Polish filmmaker Andrzej Zulawski is best known for his anguished monster flick Possession, which featured Sam Neill and Isabelle Adjani as a married couple spiraling toward domestic meltdown. His films are aggressive shrieks of madness, doomed love, trance-state convulsions, and shrieking emotional upheavals. The octopus creature that materializes halfway through Possession, completing the film’s bizarre love triangle, transports a fairly naturalistic, if explosive, kitchen-sink drama into the realm of magical realism; Zulawski swore that his 1981 masterwork was partially autobiographical, coming as it did so soon after a vicious and harrowing divorce.

In a career that was plagued with financial restrictions and bans from the Polish Ministry of Culture, Possession is a more easily accessible and wholly complete reference point for those with a taste for this sort of film. Zulawski himself believed that his would-be cinematic opus On the Silver Globe was a “broken thing,” since his financiers not only shut the film down in the midst of principal photography, but also destroyed his remaining costumes and sets. Based on a series of science-fiction novels written by his great-uncle Jerzy Zulawski entitled The Moon Trilogy (which rivals the philosophical heft of Stanislaw Lem’s work and brings to mind the epic scope of Frank Herbert’s Dune), this might have been a sacrilegious masterpiece about a colonized land where men create new gods in order to have something to believe in.

But the film was never finished, and it wasn’t until the mid 1980s that Zulawski was able to shoot some additional material and piece together the raw footage into this semi-coherent state. For many years, the most readily available copies of On the Silver Globe were pirated versions that could be found in obscure video stores, but even those were missing English subtitles. Those who were able to endure nearly two-and-a-half hours of patched-together footage found the story incredibly difficult to follow; it didn’t help that Zulawski threw in unrelated images of sunsets, cityscapes, and roving shots drifting up and down escalators as his voiceover gave summaries of the scenes or sequences he was never able to film. I hasten to add that even with subtitles, On the Silver Globe remains tough-going at times, what with its large cast of characters, depictions of bizarre interplanetary rituals, and extended trance sequences where characters degenerate into insanity.

The film’s first half involves three astronaut colonists—two male, one female—who become stranded on the dark side of the moon, but are strangely able to breathe and survive if they stay close to water (hauntingly filmed near the Baltic coast and the Crimean banks of the Black Sea). Like Adam and Eve, they produce children of incest who create their own primitive society complete with rival tribe factions and arcane ceremonies that celebrate the oldest surviving spaceman, Jerzy Trela, as a god. The mystical locales, with their grim white sands and melancholic gray-blue skies, set a nightmarish atmosphere, and the wardrobe of pagan headdresses and ornate embroideries are like the gothic fever-dream flipside of the hippie summer of love.

Kicking into an even more feverish gear, a lone astronaut named Marek (Andrzej Seweryn) arrives to gather information on what happened to the original colonies. His ill-fated rescue mission gives way to surrender as the tribes praise him as their champion defender against the monstrous and fascistic winged raven-black creatures that have enslaved them. Imagine Martin Scorsese’s The Last Temptation of Christ set within the post-apocalyptic wreckage zone of Andrei Tarkovsky’s Stalker. Zulawski’s most notable visuals include desperate pre-war orgies, a crucifixion that lifts the doomed messiah 60 feet into the air, and the camera spiraling up gigantic spikes with victims impaled upon them like savage Medieval offerings. Absurd and extreme, but never morbid, this European shock-cinema offering goes so far overboard in its excess that it becomes a bleak comic spit into the face of organized religion, organized society, and even organized narrative. It’s completely out of control, almost joyfully so, like a child knocking over sandcastles. As Zulawski once said, “The key to unhappiness is to control.”

Zulawski’s movies tackle big ideas, and if Possession is about the aching pain of love, then On the Silver Globe takes raging philosophical bites on the subject of ethical freedom. Zulawski believed we’re all unhappy, creating the image of God so that we can tear it down again, or kill, or fulfill our hungers and be forgiven. Heavy stuff, to be sure, but he expresses his thoughts through primal, kinetic images, with a restless camera shoving its way forward into scenes like a parasite and characters descending into caustic fits of love and hate. His films don’t seem like ponderous intellectual exercises, but highly emotional gut responses—and endlessly fascinating because we just aren’t used to seeing that much spirited, hyperactive, shrieking human feeling on screen at one time. When it’s all over, it feels like you’ve been through a cleansing sweat of tears. Viewers willing to jump into the abyss of Zulawski’s creation are encouraged to buckle their seatbelts and bring their crash helmets, because it’s a wild and bumpy trip down. 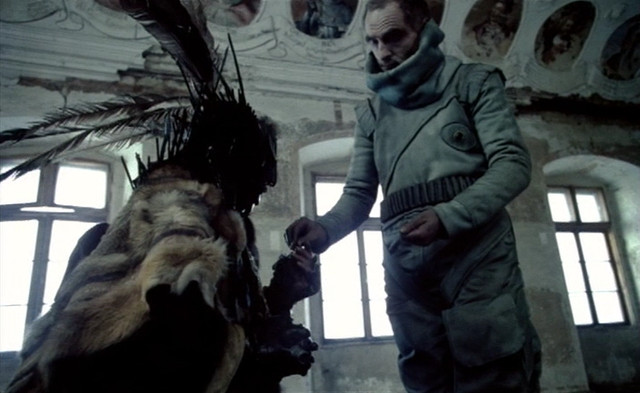 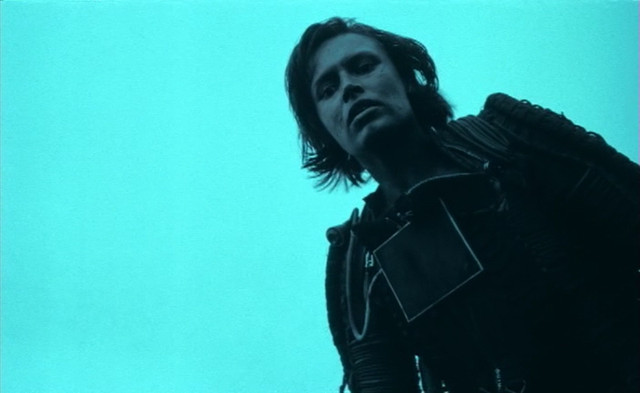 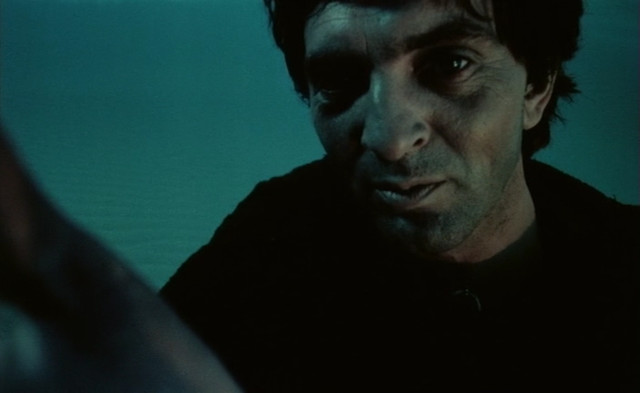 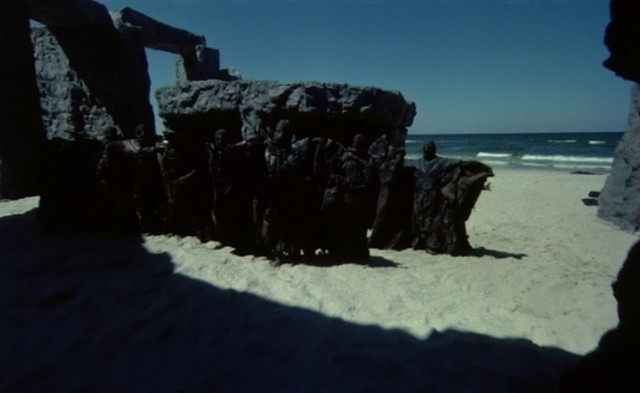 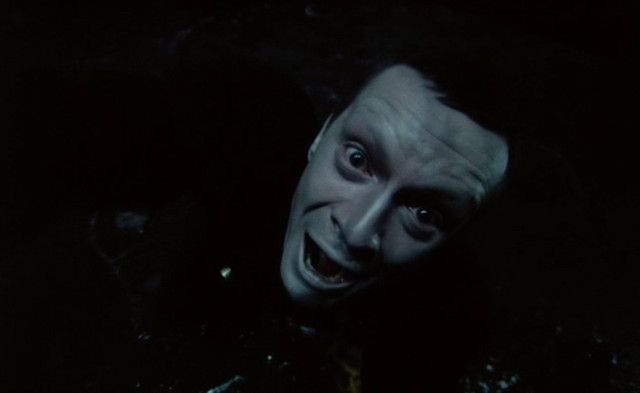 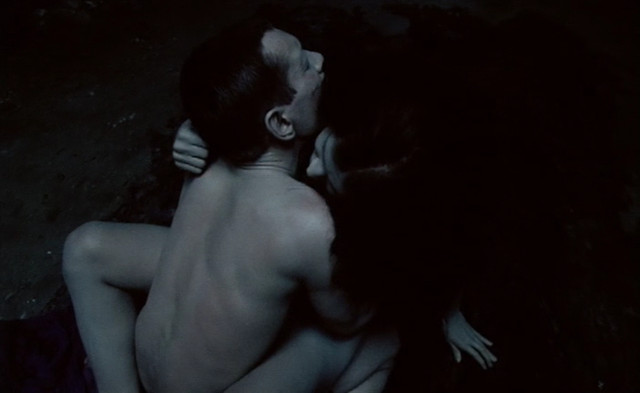 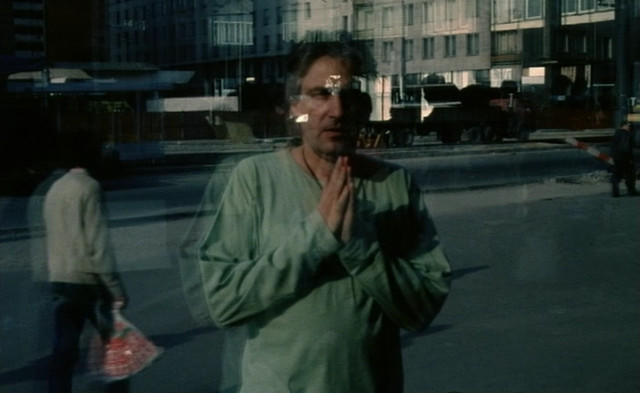